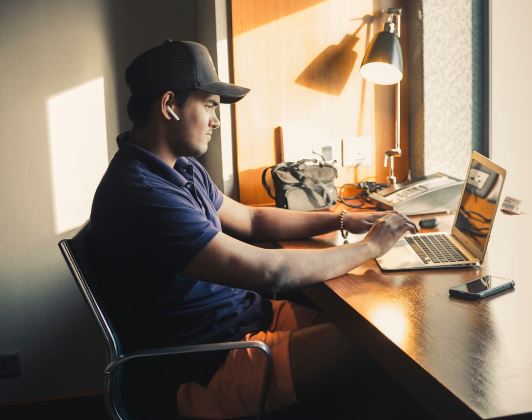 In case you hadn't noticed, the drums are beating for a return to the office. From Goldman Sachs' CEO David Solomon's insistence that his 'passion' for improving the lot of junior bankers is driving his urge to see them reunited on the premises, to Jamie Dimon's four reasons why working from home is problematic and the JPMorgan memo saying the office return is a "change you'll need to manage", time is being called on time spent at home.

But what if some jobs aren't as suited to commuting to a desk in an office as others? One finance CEO seems prepared to make the distinction. - Bill Stromberg, CEO at asset management firm T Rowe Price said yesterday that his employees will be expected to return to the office by September 13, after Labor Day in the U.S., although they can return voluntarily before then if they want to. However, Stromberg added that some sorts of T Rowe Price people are more attuned to office work than others. - “Some jobs really do function better in the office than others, and some can be more independent than others...We’re in the process of working that out, job-by-job, right now.”

While it's still early days in the computation of T Rowe's back-to-office hierarchy, the jobs at either end of the scale already appear to have been identified. - Traders are particularly suited to being in the office, said Stromberg; programming roles can better be handled remotely (presumably this includes being at home). This helps explain why big technology companies are generally more open to homeworking. However, some traders would beg to disagree about their need to attend in person: "I feel like I can do my job better at home," one senior equity derivatives trader told us last year, adding that he was more efficient, better rested, and more healthy when he didn't have to wake up at 5.15am to commute to the trading floor every day...

Separately, Vanguard's recent dismissal of 10 people in Shanghai sounds like the kind of experience that could fill anyone asked to attend an unexpected Zoom meeting with apprehension. Bloomberg reports that 30 Vanguard employees at the firm's Shanghai World Financial Center office dialled into a Zoom call last month, expecting a morale boosting speech. Instead, they were informed that Vanguard was going to abandon its quest for a mutual fund licence in China. Chaos appears to have ensued with one employee bursting into tears; 10 people were let go immediately after the call ended. Vanguard declined to comment...

Goldman Sachs' London salesman says it's impossible to train juniors remotely. "I do a lot of training of our younger kids. It's impossible to train people from a longer distance – what took ten minutes in person, takes two hours on Zoom." Sharing ideas, "takes 100 times the effort of before." (Business Insider)

EY is giving its average UK employee a £1.1k bonus after a bumper year during COVID. (Sky)

Goldman Sachs is offering free vaccinations to its staff in India. (Financial News)

Standard Chartered is providing oxygen to employees in India, some of whom have died of COVID. (Bloomberg)

Goldman Sachs says it could be a few years away from using quantum algorithms to price derivatives. If all goes to plan, it will be able to quote prices promptly over the phone instead of waiting the hours it can sometimes take to run calculations using today’s computers. (Financial Times)

Private equity funds are preparing to do battle for the low tax they pay on carried interest. The main argument is that private investment has been beneficial to the U.S. economy, including investing in renewable energy and healthcare, providing jobs and supporting pension plans. Taxes would threaten that. (WSJ)

UBS is quietly resuming job cuts as it automates processes and shunts people to Poland and India. (FiNews)

An investment banker who used Boris Johnson's interior designer, Soane Britain, was outraged to receive an enormous bill for a new light. When he called to enquire about the huge price, he discovered they'd added a 500% mark-up. (The Times)