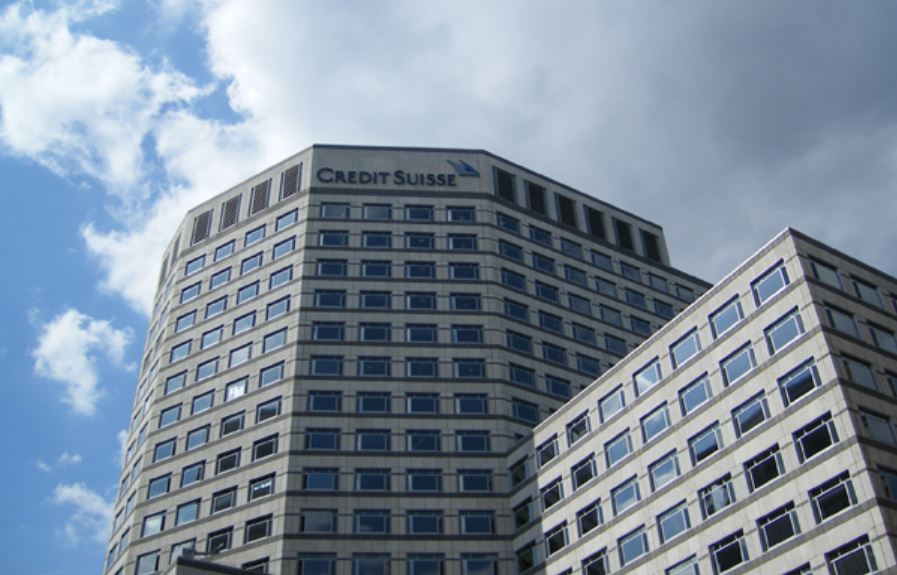 Rarely must a group of wronged people feel more validated. Having cut costs and trimmed staff across its global markets business for the past few years, Credit Suisse is now hiring some of them back again at elevated prices.

So said the Financial Times on Friday. The FT reported that the rehiring is happening mostly in risk, where former chief risk officer Lara Warner, who was let go in April after the $5.5bn Archegos loss, had subjugated risk managers to technologists and blurred risk management reporting lines. 40% of senior Credit Suisse managers left in the two years preceding the Archegos horror.

Now that Warner's gone and a replacement - David Wildermuth from Goldman Sachs - is getting ready to join next year, the FT says Credit Suisse has decided it needs some of its rejected risk staff to return. Clearly, they're not going to come back without an inducement, so higher salaries are being dangled as bait.

Those who've been persuaded back so far include Valeriu Bajenaru, the global head of enterprise risk management, who left for Santander at the start of the year. More hires are reportedly in process. In Wildermuth's absence, the returnees are seemingly being hit-up by Joachim Oechslin, a former risk officer who was demoted to make way for Warner and who now finds himself in favour once more. Meanwhile, 'incompetent' staff identified in last week's report on Credit Suisse's failings are leaving. The new exits include Ralf Hafner, chief risk officer of the investment bank.

While the FT focuses on Credit Suisse's rehiring of risk staff, there's also been some noticeable re-recruitment of former staff in other areas. Chairman António Horta-Osório rehired Jessica Kaffren from HSBC to be chief operating officer in his office; Kaffren worked for HSBC for 11 years until 2016. Indrajit Bardhan, a senior prime broking professional who was cut from HSBC three years ago, has also been brought back on a contract basis to resolve issues and slim down the prime broking business.

All of this is undoubtedly evoking a sense of schadenfreude among the Credit Suisse staff who are being brought back on higher pay while the bosses who let go of them are being shown the door with clawed-back bonuses. As we pointed out last week, there's also a lesson in here for other banks undergoing restructuring: cuts can be a false economy, particularly if they're politically motivated and involve newly promoted senior staff letting go of anyone who might pose a threat to their authority.

Separately, while most banks trumpet their environmental social and governance (ESG) credentials, Deutsche Bank's asset management business DWS has come up against an obstacle.

Desiree Fixler, DWS's former sustainability chief, thinks the asset manager is less sustainable than it's been making out, and she's gone public with her complaints. Fixler disputes that DWS places ESG "at the heart of everything that we do,” as claimed by its annual report. Instead, she says the fund manager lacks a policy on coal and other issues, has no clear and ambition and strategy, and keeps its ESG teams on the sidelines as specialists rather than integral members of the decision-making process.

After being fired on March 11, just a few months after arriving in summer 2020, Fixler has now filed an unfair dismissal case with the German courts. Deutsche Bank hired her from ZAIS, an alternative investment manager, where she specialized in impact investing. Before that worked in structured credit products at Merrill Lynch and JPMorgan. DWS says the allegations were "thoroughly investigated by an independent third-party firm," which found no truth in them.

Credit Suisse is still under investigation by the Swiss regulator. “The external investigation [into Archegos] commissioned by the Credit Suisse board of directors has been completed. This differs to the Finma enforcement proceedings that are under way and the outcome of which is likely to be deemed more important.” (The Times)

Nomura's net profits dropped 66% in the first quarter due to a slowdown in the trading business and a previously flagged loss from the Archegos debacle. The bank's CFO said: "The fixed income business has normalised from the boom a year ago, but we are not so pessimistic about the business outlook." A resumption in economic activity and potential central-bank tapering could spark portfolio rebalancing, he added. (Reuters)

After posting multiple photos of Jefferies' staff without masks on Instagram, CEO Richard Handler says people need vaccines before they return to the office. (Financial News)

Hander has been having interns over to his home. (Jefferies)

Lazard is doing some big hiring. It's added 12 managing directors that it's yet to unveil this year and sees "a lot of white space in our business areas where we see potential for growth." (Financial News)

A VC Partner recommends against starting your career in venture capital. - You'll do nothing apart from source deals and won't get a stake in any of the companies you bring to the table. You're better off starting in an operational role for a start-up, he said. (Business Insider)

A study found that when companies recruit they discriminate against people with 'black' names like Latifa versus 'white' names like Molly. However, most of the discrimination came from a handful of companies, particularly in the automotive retailing and services industry. (New York Times)

On the private jet owned by WeWork's Adam Neumann  the marijuana smoke was so thick on one flight that the crew were forced to wear oxygen masks. (The Times)

“Holding all else equal, commuters have lower life satisfaction, a lower sense that their daily activities are worthwhile, lower levels of happiness and higher anxiety.” (The Times)