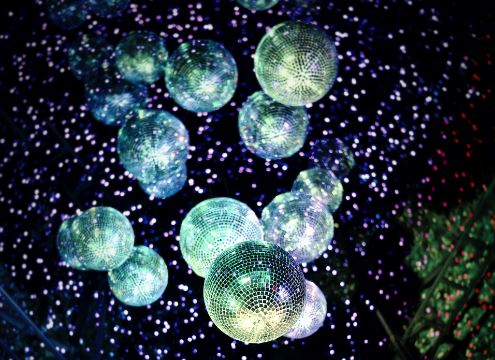 After last week's outstanding results from U.S. investment banks, it's hard to conceive that we could still be in a banking jobs slump. - Revenue and profit records for the past decade were broken all over the place, in some cases (Morgan Stanley) despite losses linked to the Archegos family office. It may just be the same old narrative of American banks booming while Europeans (Credit Suisse) struggle, but it looks like something substantively good is going on across the market.

Accordingly, hiring appears to be back on the table - even in Brexit-battered London. Recruitment firm Morgan McKinley calculates that new finance jobs posted across the market in London were up 70% in the first quarter of 2021 versus the final quarter of 2020. “Banks are back in expansion mode,” declared managing director Hakan Enver, "...we are seeing the sector recover at a faster rate than anticipated.”

For an industry that's been cost-cutting under the cloak of digitization and automation for years, 'expansion mode,' sounds like a fine thing. However, a closer look at Morgan McKinley's London figures suggests the industry might not be expanding as enthusiastically as Enver suggests: in the first three months of 2021 Morgan McKinley estimates that 6,400 new finance jobs were available in London; in the first quarter of 2020 it estimates that 6,300 were, and in the first quarter of 2019 the comparable number was 11,000. The recovery is only therefore relative to the fourth quarter, when hiring barely happens anyway. It's too early to call a real turnaround.

What about Wall Street? Morgan McKinley doesn't cover the Americas, but data from Burning Glass suggests major banks in New York had twice as many jobs open in New York City in mid-April as in early January.  This is up around 30% on April last year, when jobs slumped due to the virus, but down around 10% on April 2019.

Some jobs are undoubtedly booming. Following the Goldman Sachs working hours furore, most banks are trying to recruit new analysts and associates for their investment banking divisions. Several fixed income headhunters say they're madly busy, but others are more circumspect. "It's just a normal first quarter," says one. "Banks are doing more with the same amount of people."

This focus on efficiency is borne out by the results of some of the banks to announce so far. - Goldman Sachs cut global headcount by 200 people in the three months to March 2021, and paid more to those remaining. Headcount at JPMorgan's corporate and investment bank was largely flat.

We'll know more when European banks report their results for the first quarter next week. For the moment, it looks like hiring is healthy, but it's far too soon to declare that the patient is back to peak fitness.

Separately, remember when Mike Corbat at Citi introduced an open floor plan to encourage cooperation, and got himself an office that didn't have a door? HSBC is going one step further. The Financial Times reports that HSBC is turning its 42nd floor executive private offices in London into meeting rooms and collaborative spaces while forcing the executives (including the CEO) to work on hot desks two floors below.

The move appears related to HSBC's efforts to save money - even pre-pandemic the offices were reportedly empty most of the time because executives were travelling. However, it might also be related to HSBC's decision to shunt senior executives to Asia. Those remaining could feel doubly unappreciated and may spend most of their time in the new meeting rooms anyway.

Andrea Orcel does indeed appear to be planning a change of ethos at Unicredit. In a letter to his new staff, the incoming CEO said he wants the bank to be a "disruptor" that it "is not without risk" and "does not promise an easy life." Orcel said this is the culmination of his career and that any changes will have a "foundation of discipline and rigour." Unicredit staff might want higher pay in return.  (Financial News)

Hedge fund Brevan Howard is going to invest up to 1.5% of its $5.6 billion main hedge fund in digital assets. (Bloomberg)

JPMorgan analysts think Credit Suisse could have another $400m hit from Archegos. (Bloomberg)

Swedish hedge fund manager Sean George is coming to London to launch a mysterious new fund. “The new opportunity I was given is such that I can’t turn it down.” (Bloomberg)

When Gaucho restaurants reopened in London last week they sold an average of 1kg of steak per person. (Financial Times)

Finance bros with golden doodles and “other dogs who look like they were grown in a lab” are returning to New York. These are the sorts of people who “get possessive about their dogs’ tennis balls.” (New York Times)

Leonardo da Vinci wrote the first résumé in the late-15th century. It began, “Most Illustrious Lord...I shall endeavor, without prejudice to anyone else, to explain myself to your Excellency.” (New York Times)

Pimco has been attempting to improve its culture, to make its promotions more transparent, to narrow the pay gap between the highest paid members of its staff and the rest and to improve diversity. This didn't prevent staff from writing a letter in January 2021 imploring the firm to narrow pay gaps and increase the promotion of women and people of colour. (WSJ)

Photo by Fidel Fernando on Unsplash