Morning Coffee: It's September and you're wanted back in the office. Lyrics to David Solomon's new song 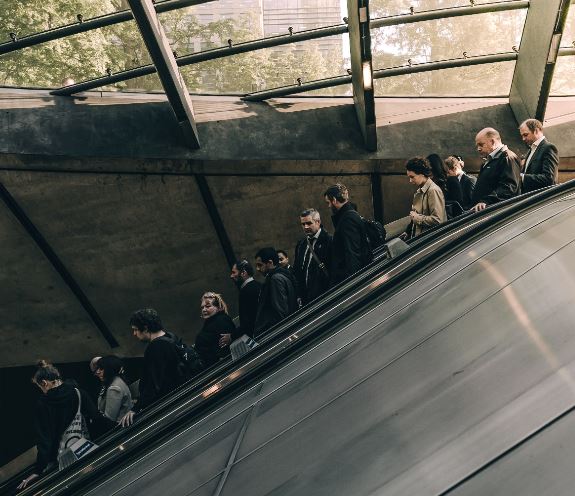 Well, it was nice while it lasted. With Labor day done in the U.S. and public holidays exhausted until the festive season in the U.K., the new semester has well and truly started in banking. And as with all new starts, it's bringing new resolutions - namely, getting back into the office.

The requests for bankers to return seem to be snowballing. Financial News reports that both JPMorgan and Deutsche Bank have summoned ('invited') some people back into the office now that it's September. The Financial Times reports that Blackstone and Advent are paying for taxis for people to return to work (although returning is 'optional'). Bloomberg is offering all its global employees $55 a day to return to the office. Goldman Sachs 'invited' its senior staff to return a week or so ago. Citi's Leonardo Arduini asked more sales and trading staff to come back in Europe at a townhall in Europe last week. The list goes on.

One reason all these people are being 'invited' back to offices seems to be graduate recruits. At JPMorgan, for example, graduates are joining from today and the difficulty in training graduate hires remotely has been well-documented.

Another is collaboration. - "I think we will be more innovative with our people working together and coming together physically," said Goldman's co-head of securities, Jim Esposito in July. "I think innovation has stalled a little bit, even though we have been operating efficiently working from home."

The other, though, is fear of missing out (FOMO). And it's this that's likely to accelerate office returns in the coming weeks. Financial News notes that people who haven't gone back into the office are starting to wonder whether they should for fear that colleagues already on the premises will be ingratiating themselves to senior staff ahead of bonus decisions. Similarly, banks without (many) staff in their offices will start to look at rivals and wonder whether they don't have an advantage. It won't be long before FOMO encourages a return to client meetings too - presuming that clients will want to meet bankers, and in Europe at least this seems quite likely to encourage the wholesale migration of local dealmakers to be close to local clients to avoid quarantine protocols. Watch this space.

Separately, David Solomon, CEO of Goldman Sachs also has a record label (Payback Records), and D-Sol's Instagram account announced the release of a new tune by Payback two days ago. It's not actually by Solomon himself but by Oliver Helden, a Dutch electronic music DJ. Titled 'Break the Habit', the lyrics state, "I don't think you understand, I'm just trying to be a better man," which some observers have suggested might intone Solomon's very own sentiments after the issues with his previous DJ gig. Proceeds from the record will go to charities supporting frontline COVID relief.

SoftBank has become a hedge fund. Its underlying stakes in Amazon, Alphabet, Microsoft and Tesla are worth just $2bn. That is less than a tenth of SoftBank’s $30bn notional position in equity call options. (Financial Times)

Britain's private equity industry is battling against proposals to tax carried interest as income. It is “important that any tax changes do not undermine the government’s clearly stated policy of developing the UK as an attractive location for the asset management industry.” (Financial Times)

In another move to encourage the recruitment of local staff, Singapore's government is offering companies S$15,000 for each local hire under 40 years old and S$30,000 for older workers. (Bloomberg)

Things I learned to become a senior software engineer at Bloomberg. (Neil Kakkar)

Conversations with a Wall Street billionaire during the crisis. “Some people are going to die, but it’s old people, and if they do, it’s OK...Not that it’s OK. This isn’t that bad.” (Bloomberg)

When your mandatory quarantine in Singapore is at the five-star Ritz-Carlton Millenia in a 549-square-foot room, with river views for a tiny price. (Wall Street Journal)

Photo by Ryan Tang on Unsplash