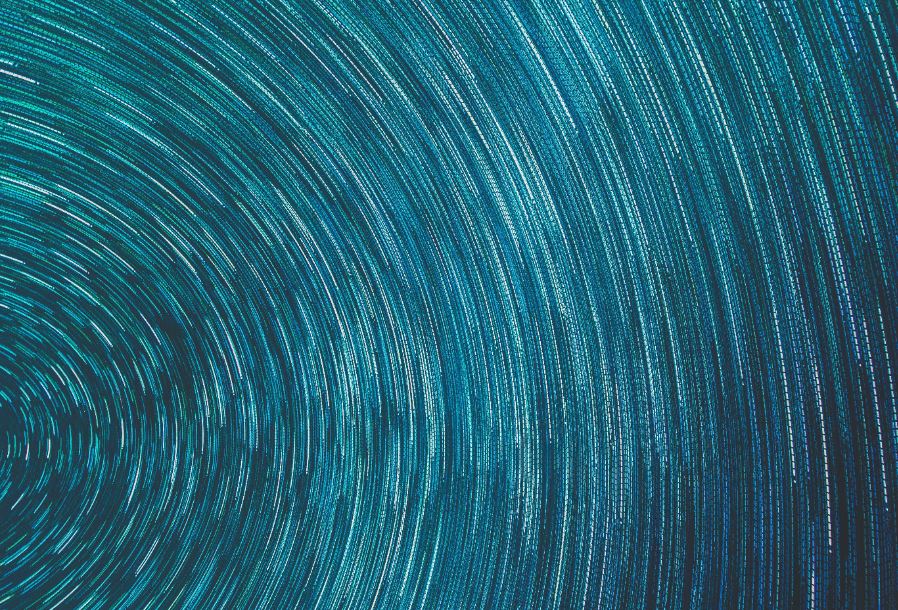 If you thought the 108% year-on-year increase in U.S. investment banks' fixed income currency and commodity (FICC) trading revenues in the second quarter was something special, you're far too easily impressed. 108% is nothing. Just ask people in Virtu's electronic market making business: they just reported a 180% increase in daily average net trading income in the second quarter versus one year earlier.

The second quarter increase was particularly impressive in Virtu's big equities market making business (revenues up 343% to $476m in Q2) but it wasn't bad in fixed income market making either (revenues up 176% to $78m). As the chart below from Virtu's investor presentation shows, daily average trading revenues slowed in July but they were still substantially above the historic average. The good times aren't over yet. 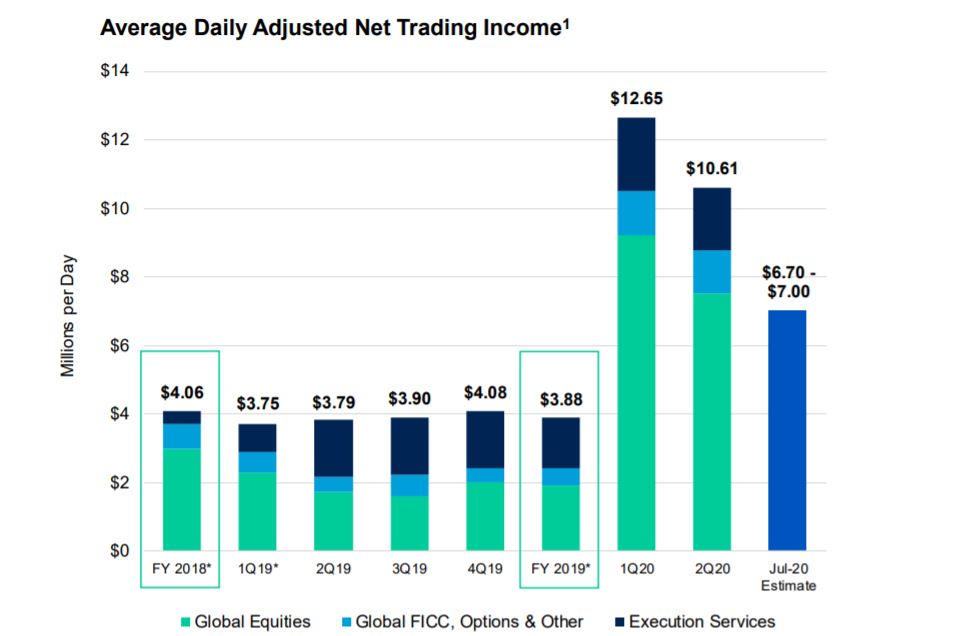 The success of the market making business helped Virtu double revenues in the first six months and to turn a loss of $69m in the 1H 2019 into a profit of $723m in 1H 2020 . It means, again, that Virtu is delaying its planned job cuts after the ITG acquisition. And it means that spending on compensation was up 52% in the first half of the year.

Virtu's results are a window into the success of a sector where most players are privately owned companies that don't disclose their performance publicly. If Virtu has had a great pandemic, the implication is that rivals like Citadel Securities, Susquehanna International, and Jump Trading have had an exceptional year too.

While revenues swell, these firms have been hiring. Data from Burning Glass for newly released job advertisements at key electronic trading firms* show that the number of jobs released by electronic market makers in the U.S. in July 2020 was 28% higher than in February and only slightly below January. By comparison, hiring at key banks continues to lag the period prior to the pandemic.

Recruiters in the electronic market making sector confirm that they're busy and say good candidates typically have two or three different job offers on the table. For example, Jonathan Marshall, who left Oxford Asset Management at the height of the pandemic in May moved smoothly to Jump Trading in London in June. In March, Citadel Securities hired Joe Corcoran from Barclays into a new role as head of its markets business, and Corcoran is expected to build out a team.

Nonetheless, getting into the electronic market makers isn't easy. Like XTX Markets, many generate high revenues profits with comparatively few employees and most of the people they hire are exceptional technologists. "The ideal candidate is really just a standout computer scientist," says Mike Sharp at Peritium Search Associates. "The demand for those candidates is extremely high."

Photo by Derek Thomson on Unsplash