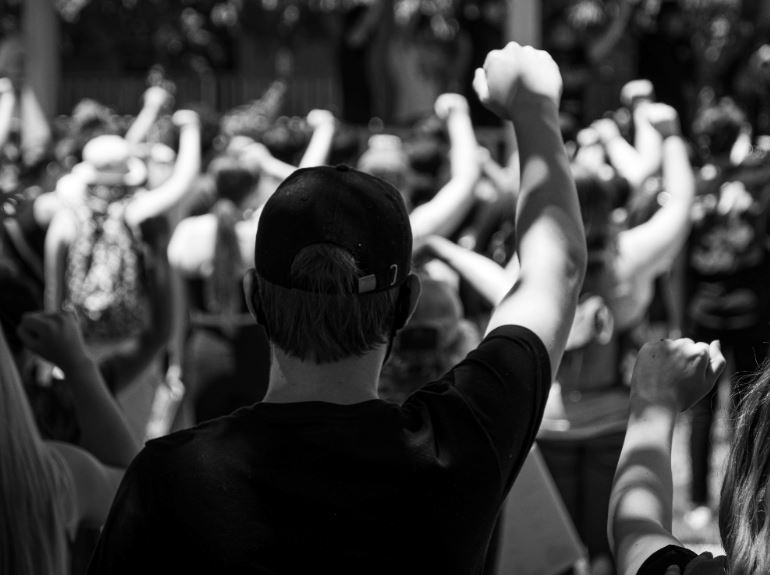 As banks and businesses look for ways to make the experiences of black employees better heard, Goldman Sachs bankers are emerging as significant voices in the changed landscape. Earlier this week we had the powerful testimony of Frederik Baba, a managing director in Goldman's rates trading business, who described how he'd been slammed against a Chicago street car by police looking for 'someone in shorts.' Yesterday, Goldman ran a townhall which gave other black employees an opportunity to describe their own experiences, both with the police and with people on the streets.

Detailed by Gregg Lemkau, Goldman's  co-head of investment banking in a post on LinkedIn, the townhall was intended to 'amplify the voices' of Goldman's black staff.

One of the firm's bankers, Lekan Lawal, who's worked in the industry since 2005 and who joined last year from Morgan Stanley, detailed how the police pulled a gun on him, slammed his face to the curb, threw him against the side of the police car and drove him away from his driveway outside his suburban house while his wife and four children watched.

Margaret Anadu, a Goldman partner and head of the firm's Urban Investment Group, detailed how she and her boyfriend were pulled over by police who thrust guns against their heads while she was at high school.

Earl Hunt, a relationship management partner and former co-head of U.S. corporate distressed leveraged loans, said it's wrong to think that simply because you're a Goldman partner, that what happened to George Floyd won't happen to you.

And Kene Ejikeme, a managing director and head of emerging market platform sales at Goldman in EMEA described the "micro aggressions" he experiences daily, including taxis with lights on passing him by, women switching their purses to their other sides as he passes, and parents on tubes, "pulling their children just a bit closer when he steps on," (in Lemkau's words).

Lemkau who said he's joined the protests in Connecticut with his 13 year-old daughter, said he's also been admonished by an assistant he's known for a long time for not reaching out to her. “I thought you were different Gregg Lemkau and I thought you cared. I can’t believe I haven’t heard from you,” she said.  "- Mea culpa. She was 100% right. I should have called her."

Goldman's senior black staff used the townhall to reflect upon their “absolute, unadulterated rage,” disgust and anger,” and “frustration and exhaustion” and George Floyd's death and events of recent weeks.

"How can you focus on work at a time like this?," says Lemkau, reflecting on a Medium post that begins, "I just witnessed the lynching of a black man, but don’t worry Ted, I’ll have those deliverables to you end of day.” This time needs to be "actually different," he concludes: "Let the stories our colleagues have shared stay with us. Let the compassion we feel remain part of us. And, yes, let the outrage we feel remain part of us too. "

Photo by Kyle Fiori on Unsplash