Black bankers on the real problems in the industry 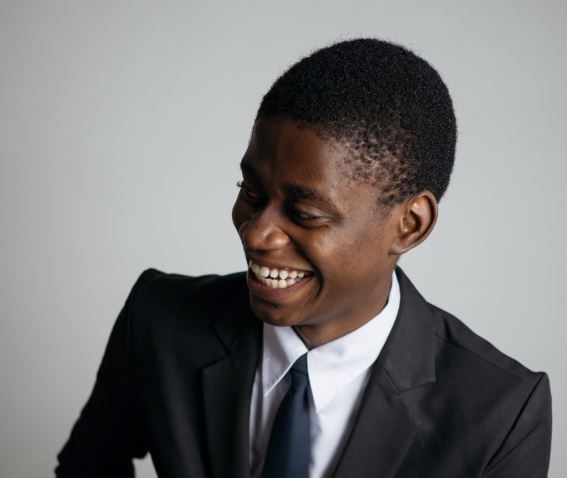 If you're looking for black and ethnic minority bankers in senior positions at investment banks, you'll have to look carefully. They do exist and some have strong voices - as Frederick Baba's incredible letter to Goldman colleagues last week exemplified, but they're hardly populous. At Goldman, just 4% of 'executives, senior officials and managers' are black (up from 2.7% in 2015). At Citi, 2% of black men and zero black women are in this category.

And yet, the proportion of black students who join banks at entry-level is significantly higher, partly thanks to diversity recruitment programmes. In its recent sustainability report, Goldman Sachs said it aims for 11% and 9% of its entry-level analysts and associates in the Americas and Europe to be black respectively. The challenge is keeping them.

Goldman isn't the only bank with problems retaining black staff - the problem is endemic across the industry. "The issue isn't about the bottom of the funnel," says a diversity recruiter for investment banks. "The attrition happens at the move from analyst to associate, from associate to vice president, and as you go from vice president to managing director. Black people are dropping at every level."

We spoke to five black men and women who've worked for leading banks in both the U.S. and the U.K about their experiences. Speaking both candidly and off the record, this is what they said.

When you're black, there's an expectation that you'll work in the middle or back office, said one associate in an investment banking division. "There isn’t enough being done to change the culture and mindset of negatively perceiving the people of colour in front office roles," he added, claiming that banks massage diversity figures by funneling black candidates into less prestigious roles away from the front lines.

Performance measures in banking are subjective, and depend upon the manager's judgement

This point may not apply in sales and trading where pnl is an objective measurement, but in investment banking juniors complained that their progress is dependent on support from potentially biased line managers. "I had senior colleagues make prejudiced comments about my ability to do certain tasks even before I was staffed on them," says one black African analyst in London. "A lot of black friends are frustrated," says one ex-trader. "It takes them three years to become an associate instead of two, and then they're not promoted to VP."

"A lot of banks do the right thing about diversity at the start, but as time goes on they stop promoting people and decisions are made behind closed doors by people who are predominantly white males, and then suddenly you find that beyond a certain level almost everyone looks like that," says one VP.

Clients are biased and banks don't push back on that

One black African analyst says he wasn't staffed on a deal because a client requested a German colleague work on it instead. This was despite the fact that he'd succcesfully worked on the origination stages of the project. "They cited language barrier as the reason I was removed from the execution of the deal," he says.

A lack of role models and support from senior black bankers with an understanding of the issues is a huge problem. "There just aren't many of us," says one analyst in IBD. "There's maybe one per team and very, very, very few at VP+. As a consequence it can be harder for us to find people to confide with / discuss issues that affect us personally or professionally, and to find people to speak for us in the rooms that matter."

Several of those we spoke to said this is a particular issue in London, which has a mix of nationalities from all over Europe and the world, and where bankers of a particular nationality tend to promote their countrymen. "I worked on a team where there were a lot of senior Italian bankers," says one. "They always spoke up for the Italian juniors during performance reviews and as a result those juniors had better rankings."

The higher you rise in an organization, the more that race matters

One black VP said the absence of people of similar ethnicity is increasingly problematic once you reach the middle ranks. "Rightly or wrongly, banking is such a brash and intense profession that the higher you go the more vulnerable you are," he says. "You could say it's therefore second nature to surround yourself with people you trust. - And that's often people from your home country."

One ex-trader suggested it's harder for black males because they have to work hard to overcome unconscious bias and the notion that they're threatening. He suggested that black women are seen as less threatening to white men in senior positions.

A black female trader said women are defined more by gender than colour. When you're on the trading floor it's the fact that you're a woman among so many men that stands out.

If you're of African-Caribbean ancestry, you may also be financially disadvantaged at the start of your career

Several of those we spoke to highlighted the need to differentiate between black Africans and people of black Caribbean ancestry. "Most black people in banking are Africans," observed a former trader. "The're very frequently born and raised in Africa and are generally from an affluent/privileged background. Their experience may not chime with the Black Caribbean people from British state schools."

One banker who grew up in Africa and came to school in the UK aged 16 observed that he'd been hired to cover African clients and that this is his niche. "If you're part of an ethnic minority and you grew up in the U.K. outside of a middle class family, you're competing for jobs against people who are likely higher in the British class structure than you and who may look more similar to the clients being covered."

Without family support it can be harder to navigate the politics

The ex-trader said his family were supportive of him staying in banking (he quit to do something else) but because none of them had navigated the industry themselves, it was hard for them to provide detailed advice. "The first and second years in banking are very tough workwise. If no one in your family can act as a mentor it can be very hard." The same problem exists for white students of lower socioeconomic backgrounds, he points out.

Black bankers have to work harder to get ahead

One mid-ranking banker says that as a junior he had to work harder than others just to achieve recognition, and that senior bankers in his team then blamed him rather than colleagues for issues that were not his fault. "I have a high threshold for working long hours, but I was working 100 hour weeks and I was completely exhausted," he says. "It was the hardest I've worked in my life and it was emotionally draining because I was being unfairly targeted. Usually I will work hard and my work speaks for itself. But in this case I was battling prejudice."

Photo by Haydn Golden on Unsplash