Morning Coffee: You probably shouldn't get too excited about Deutsche Bank. The new hot quant jobs for non-quants 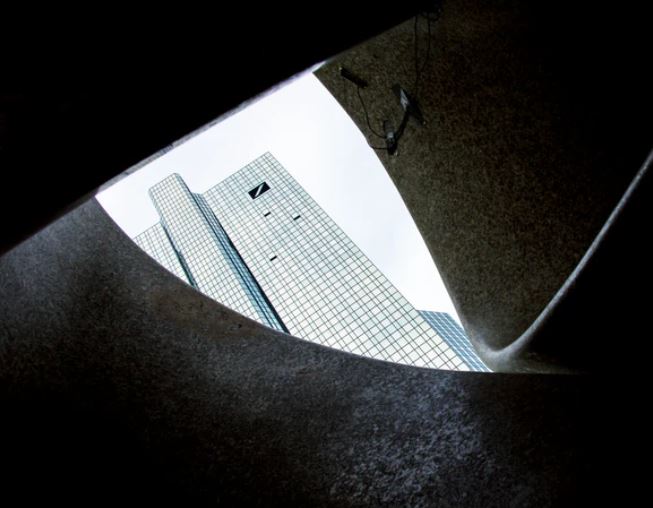 Deutsche Bank lifted its kimono and showed a bit of knobbly ankle on Sunday night, and - hey - it didn't actually look too bad. The German bank revealed that it made profits and revenues above market expectations in the first quarter of 2020 and that its COVID-induced writedowns were substantially less than they might have been. DB shares rose 13%.

Or not. Deutsche didn't actually break out where it made its revenues or profits during its kimono twitch - these are coming tomorrow morning when the bank's full first quarter results will be revealed, but there are already reasons to wonder whether the full picture for 2020 will be as wholesome as the early ankle.

Firstly, if it was fixed income traders who drove DB's revenue beat in the first quarter, it probably won't last. - Now that March volatility has waned, areas like rates and FX trading which did well in Q1 are expected to taper-off as the year continues. For example, revenues in JPMorgan's fixed income sales and trading business rose 34% year-on-year in the first quarter, but the U.S. bank still expects an 18% decline across its trading businesses this year.

Secondly, part of Deutsche's first quarter profit beat was thanks to costs. The bank said it delivered on its cost reduction plans in Q1 and that it's still on track to to deliver on its cost plans for 2020 as a whole. This seems questionable: cutting costs at Deutsche is going to be a lot harder from now on thanks to Deutsche's promise not to continue informing people that they're losing their jobs while the pandemic rages. In the first quarter, DB continued to chop everyone who already knew they were on the hit list. As Bloomberg points out, the bank was supposed to be cutting 18,000 jobs by 2022; no one knows when those people will leave now. Matters may be made worse by the fact that the 8.0% of staff who leave Deutsche Bank voluntarily in a usual year probably won't want to go anywhere in 2020, so the bank's human cost base is likely to become more bloated compared to its plan as the year goes on.

Most importantly, though, Deutsche's anticipated credit writedowns seem a bit a optimistic. Deutsche made a €500m credit provision in the first quarter, but as Bloomberg observes this was far below the €900m provision made by Unicredit, which has a similarly-sized loan book.

Even with this comparatively modest level of credit provisions, Deutsche has jettisoned its insistence on a 12.5% common equity tier one ratio and indicated that its CET1 ratio might in future "dip below" this target. This is something of a departure given that - as the Financial Times says, Deutsche had been trying to reassure investors stung by an additional €30bn since 2010, that its capital ratio was on solid ground. At 12.8%, DB is still comfortably above the 10.4% regulatory minimum CET1 ratio, but with the bank under pressure to 'mobilize its balance sheet to support clients,' one analyst says the CET1 move is "concerning."

If you work for DB, the main takeaway from the early disclosures is that you probably can't expect to get paid. If capital is being run down and surplus staff are being kept employed, then individual bonuses are unlikely to be handsome however shapely Q1 appeared at first sight. Even if traders are powering revenues like in the Anshu Jain years, they're unlikely to be paid accordingly. Cash-in deferred stock while you can!

Separately, if you're interested in working in the hottest quant area but you're not actually a quant, Carson Boneck, chief data officer at Chicago-based Balyasny Asset Management, has a suggestion for you. Speaking at a webinar hosted by alternative data provider Thinknum, Boneck said a new kind of role has evolved for 'quant translators' who can communicate between quant teams and fundamental investment teams. At Balyasny, these translators are called 'data analysts', said Boneck. Basically, they are fundamental analysts who know how to code and who understand companies and who can work with the quant team on statistical validation of trading ideas.

HSBC will now proceed with its strategy of reallocating capital from underperforming businesses, cutting costs and stripping out layers of management 'wherever possible.' (Reuters)

People might not be able to use public transport when the time comes to return to the office. (WSJ)

Quants in finance are spending their time helping analyzing virus data. “It is after work hours but that’s sort of a way to get myself occupied. By doing this I find myself still connected to the outside world.” (Bloomberg)

Bankers worry about Zoom. “If one of our pitches gets Zoombombed and ends up on YouTube, you’ve got a real regulatory issue.” (Financial News)

What if men could be given female sex hormones to fight the coronavirus? (New York Times)

Photo by Holger Link on Unsplash