Morning Coffee: Deloitte London employee gets virus, everyone asked to chill. The tricky etiquette of namedropping 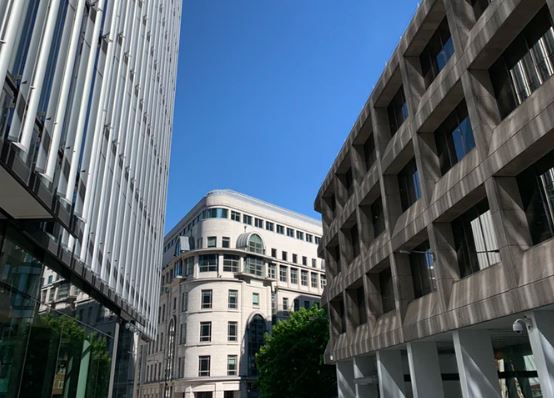 The virus gradually spreads across finance … Yesterday, it was confirmed that an employee in the London office of Deloitte has been confirmed as having coronavirus, seemingly caught while on holiday in Asia.  Rather than sending everyone home, though, Deloitte is taking a pretty relaxed approach to things

The FT reports that the Big Four firm is simply “deep cleaning” one of the floors of its office building.  The office in question isn’t being quarantined. Staff are being “given the opportunity to work from home” but are not compelled to do so: everyone can return to the New Street Square premises if they like.  If they take the latter option, they aren’t necessarily going to be aware of which chairs and desks to stay clear of; as far as we can tell, the office buildings were redesigned a few years ago to provide a lot more hot-desking and flexible space.  Presumably the people making the decision know what they’re doing and have made their risk assessment (they’ve taken advice from Public Health England), but it seems to be very much at the non-hysterical end of the spectrum of responses.

Possibly more typical has been the reaction of the Swiss banks, particularly Credit Suisse.  Investment banks seem to be dealing with the threat by adopting a “split teams” strategy, where half of the staff in key operations are relocated to a recovery site while the other half stay in place.  That way, if you get an outbreak on one team, you can maintain service with the other.  If you rotate the two teams between office and working-from-home, you can carry out ongoing deep cleans.  Combined with regular disinfecting of door handles, elevator buttons and so on (and rooms full of people trying to remember not to touch their faces), this seems like the best chance of avoiding an outbreak.

Of course, there is considerable potential for awkwardness.  Historically in the industry, if the trading floor is split into two groups and moved to different geographical locations, it’s because one of the groups is about to be made redundant.  Presumably no bank would have such bad taste as to actually do this, but it might be wise to exercise a little sensitivity when referring to the groups – apparently some Australian banks are referring to “Team A” and “Team B”, and really who is going to want to be on Team B?

The unpleasant truth, though, may be that whatever precautions we take in working hours, people commute on public transport and live in relatively crowded cities.  The majority of bankers are, although not always in the prime of physical health, reasonably physically robust and it seems for the time being that many people catch the coronavirus without experiencing any symptoms at all, let alone life-threatening ones.  The employee at Deloitte has apparently been unlucky and is receiving hospital treatment. Deloitte’s CEO is correct to describe this as “unsettling” for his colleagues, but they might be correct in judging that this doesn’t mean that the whole building is at risk.  There’s a fine line between over-reacting and under-reacting.

Elsewhere, Institutional Investor has a story of hedge fund hell at a fund called Marto Capital, which launched with a big fanfare related to its principals’ history as senior employees at Bridgewater.  And then, when it got into trouble, people started grumbling that although many the management team were Bridgewater veterans, they weren’t actually portfolio managers when they were there.

Marto’s CIO, Katina Stefanova, points out that many of the greatest names in alternative investment, including Izzy Englander, were managers and team-builders rather than stock pickers themselves, and that no clients were confused about the product they were getting, which was a systematic quant-macro fund, not a Ray Dalio mini-me.  But a number of Bridgewater people (speaking anonymously, as you’d expect) make some pretty mean comments along the lines of “stellar: smart […] but I always found it odd that she presented herself as more of an investor than she was”.

It’s one of the great dysfunctions of the industry – a split between back office and front office that still shapes people’s views even though it’s more relevant to a 1960s trading house than a modern financial corporation.  On the one hand, everyone knows that good traders and investors are not always, or even often, good managers.  On the other hand, there’s a massive cultural perception that if you don’t make the big bets, you’re a second-class citizen.  Until it finally dies away (and if Bridgewater’s corporate culture can’t get rid of it, who can?) we’ll be stuck with the kind of management we deserve.

Twitter's taking no chances and is encouraging all of its 4,800 employees to work from home. “Our goal is to lower the probability of the spread of the COVID-19 coronavirus for us — and the world around us." (Vox)

Can you imagine if a bank did this?  Toyota is having a management reorganisation in which the title “Executive Vice President” will no longer exist. (Bloomberg)

A profile of lifestyle concierge service Quintessentially, which provides extremely rich bankers with “hard to get reservations”, the British government with introductions to high net worth individuals and HSBC Jade premium customers with nothing anymore since they cancelled the contract.  In our limited experience, if you’re rich enough to spend that much money it’s not particularly difficult to book a restaurant or to meet the government, but the existence of “corporate access” in equity research departments shows that a lot of people are prepared to spend serious money simply so as not to pick up the phone themselves. (FT)

Julius Baer is appointing two major figures with UBS connections to its board – Kathy Shih, the “grande dame of Asian private banking”, and Christian Meissner, who was widely rumoured to be in the running for the CEO succession a few years ago. (Finews)

Financial diary of an investment bank associate, showing that it is, still, just about, possible to survive in New York City on $150,000 a year even if you do eat cheese and almonds. (Refinery29)

“I want to stay in Rio, do my job and have fun”.  Andre Jakurski, formerly of BTG Pactual and the godfather of Brazilian hedge funds, reminisces over a career of sixteen-times levered trades and scolds his son for shorting the S&P ahead of a Fed meeting. (Bloomberg)

What’s it like having coronavirus, anyway? An Italian survivor’s experience (Slate)