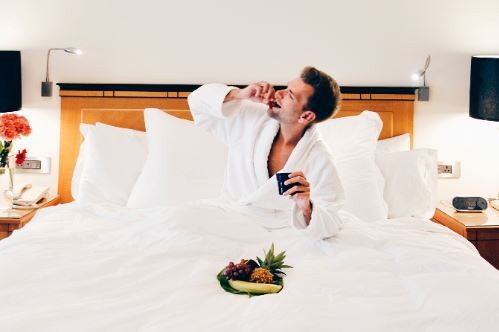 While this has its downsides, several of the senior bankers we've spoken to also said they could become accustomed to their new lifestyle, which has some definite advantages.

"I'm only ever not travelling like this during holiday periods in August or December," says one head of ECM in London. "It's amazing for me: I can have a social life at night, I can make plans, I can go to the gym and have a routine - all things that are never usually possible."

Like Goldman and JPMorgan, he says his bank issued a memo instructing staff to avoid all non-essential travel and stating that for travel to be deemed essential it must be signed-off by by senior executives. "Travel has to be approved at a super high level," he says. "We currently have a few things still booked for late March and early April, but that's it."

He's not the only managing director enjoying the lack of travel time. "We need special permission to fly for meetings and very few are going ahead," says an M&A MD at a European bank in London. "I'm actually quite enjoying just being here," he says. "Not having to go to the airport and get on a plane all the time." Another co-head of ECM said not flying is "definitely one of the positives of the situation" and that he now has time to read to his three year-old.

The breathing space comes after a particularly frenetic start to the year as banks sought to drum-up deals after a challenging 2019. "January was completely insane for me," says the head of ECM. "It was a really heavy start and super-intense as I tried to meet as many clients as possible. Now, there is nothing."

Of course, if nothing goes on for too long it might lead banks to contemplate cutting costs, but for the moment the ECM banker says people should be safe. - It's just a question of sitting it out and waiting for the volatility to lapse so that clients can regain confidence.

Another M&A MD said he and colleagues have mixed feelings about the flight ban. - "A lot of senior people are in denial about their personal value added, and continuous client travel keeps them feeling important, but others, who genuinely have too much to do, are glad of a break from travel. There’s all sorts out there..."

For the moment, the head of ECM said he's even enjoying commuting in and out of the office on the London Tube. However, he admits this could change with time: "I also quite like the break in routine that comes from getting out and meeting clients."

Photo by Alex Block on Unsplash