The banks most likely to cut heads due to coronavirus 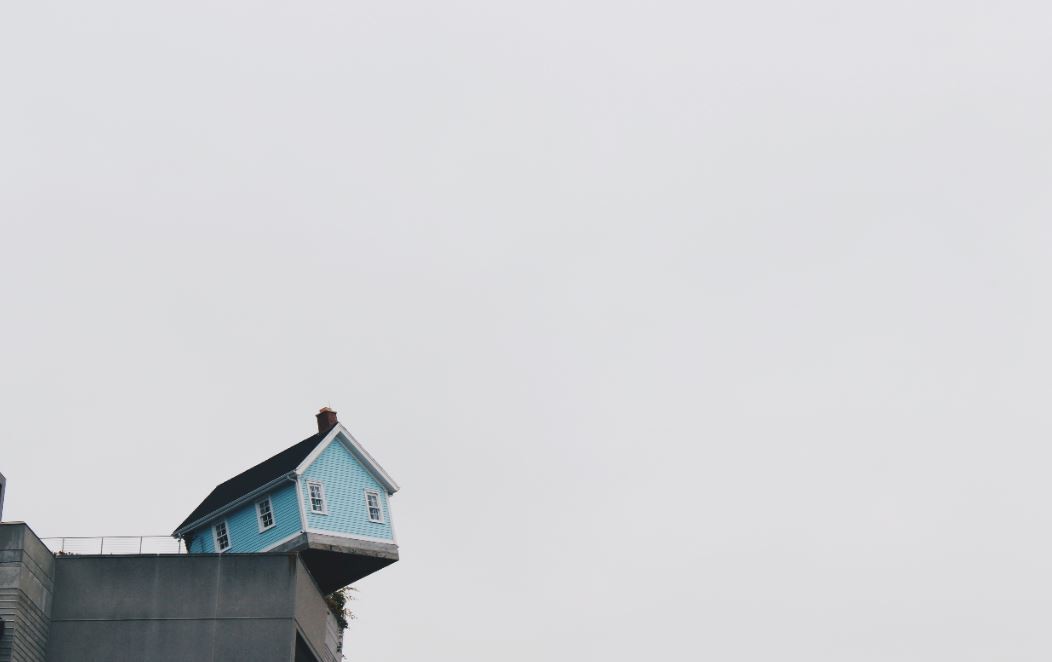 Now that activity is grinding to a halt and markets are alternately swooning and partying over the coronavirus, the new most popular people in finance are suddenly academic virologists. Every bank needs to have one: Goldman Sachs tapped Harvard's Dr. Barry Bloom for a note on the virus last week and Barclays yesterday ran a client call with Dr. Arnold Monto, an epidemiologist at the University of Michigan School of Public Health.

But if virus-experts are all the rage, where does this leave the run of the mill finance professional? Particularly in a market where various banks (HSBC, NatWest, Goldman Sachs, SocGen) are cutting costs already?

No one's talking about extra layoffs due to the virus yet. If anything, some desks (think equity derivatives teams which were long volatility) have been thriving. Over time, however, minds might be focused on the need to prune headcount - particularly in primary markets and M&A. Bond issuance has already dried up and IPOs are being delayed. M&A deals are being threatened by the return of 'Material Adverse Change' clauses and by travel restrictions preventing bankers from meeting clients and getting deals done.

New research from finance intelligence firm Tricumen indicates which banks are most susceptible to cutting costs if revenues falter because of the virus. The charts below, based on Tricumen's proprietary data for the 2019, show estimates for operating costs over income in 'banking divisions' (defined as equity capital markets, debt capital markets and M&A), and for operating revenue per member of full time staff in the same divisions last year. Any banks inside the dotted line are below average performers on each metric; the closer to the middle of the spider chart, the worse their comparative situations.

Tricumen's figures suggest a few danger areas for investment bankers in a prolonged fee drought. UBS, Credit Suisse and Deutsche underperformed on both metrics in 2019. Barclays and HSBC were ok, but could be tipped over the edge. U.S. banks were more likely to be in the clear. It probably doesn't help that European investment banking revenues were down 14% in 2019 according to Dealogic, while in North America the fall was smaller at 4%.

For the most part, there's no need to panic yet. The head of ECM at one London bank said there are no plans to pull the trigger on costs preemptively while the effects of the virus remain unclear. "We're waiting for things to stabilize," he says. "This is something that we hope can be sorted out and whether it takes one month, three months or six months we have talent we want to keep and aren't going to rush anything." 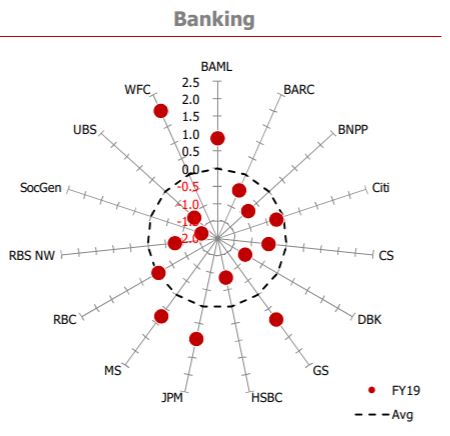 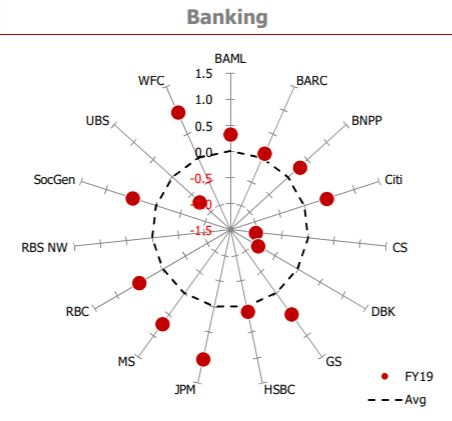 Photo by Cindy Tang on Unsplash