Morning Coffee: Goldman Sachs' strange experiment. And, is it ok to fall in love with your PA? 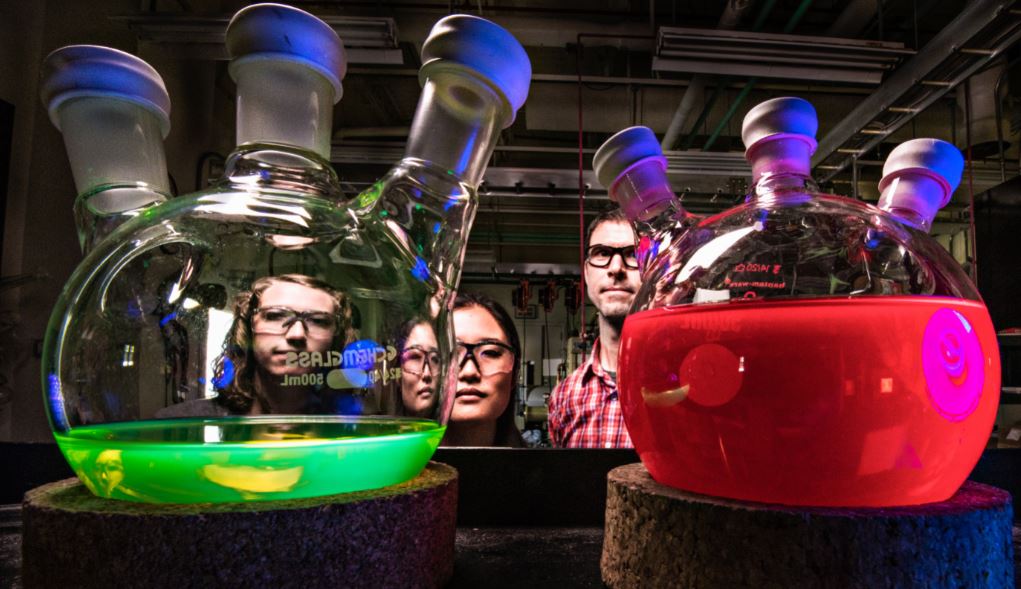 There’s a common saying on trading floors, that money talks and ... well, financial markets can be a rough place for language, so we’ll just summarise the proverb as expressing the sentiment that optimistic projections aren’t worth much unless and until they can be backed up by revenue.  With that in mind, you’d have expected a certain level of cynical reaction to Goldman Sachs’ announcement of a new divisional reporting structure in which the “Consumer and Wealth Management” division, despite all the noise about Marcus and Apple Card, made a whopping three per cent of group earnings for the first nine months of 2019.  Given that the “platforms” at GS sucked in as much as $450m of investment spending in the same period, the sarcasm could have been biting.

But no.  Analysts responded to the news by saying things like “The fact that it is broken into its own segment suggests to me that it will be a meaningful driver of growth in the company in the future” and “Growth segments at Goldman Sachs are small and that growth is occurring off of a small base”.  It appears that GS has enough credibility stored up to be able to get the benefit of the doubt for its long term projections, even when the businesses in question are potentially a decade away from walking the walk.

Apparently the only cynicism may be coming from within Goldman itself. The FT reports that “some executives” think the company should spend more time talking about the business lines that are making money right now, and that there are “internal tensions” over the drag factor of the consumer banking lines on short term profits – and therefore bonuses.  And it’s hard not to feel some sympathy for the doubters.

Big long-term bets on new products sometimes do pay off.  Barclays, for example, spent nearly ten years nursing iShares and the ETF product before seeing it explode into growth (and then sold it to Blackrock).  But Marcus isn’t a particularly innovative product and nor is Apple Card – they’re really an experiment in retail banking and a bet that Goldman Sachs can execute a known business model better than the competition.  And that’s risky in its own way.

Investment bankers always look with envy at the “stable” and “annuity-like” revenues of their retail counterparts, often with half an eye on securitising them.  What they don’t necessarily see is that these revenues need to be sweated out, almost literally dollar by dollar, in an endless cycle of marketing, execution and customer service.  Retail banking combines many of the nastiest selling challenges of the consumer goods industries with many of the trickiest technical problems of the telecoms industry, and every time there’s a recession you’re in danger of losing two or three years’ worth of “normal” profits.

Not many people are good at this business, and those that are tend to know it.  Good retail bankers want to be paid according to their value and tend not to appreciate playing second fiddle.  In many ways, a lot of the existing senior bankers at GS might not be completely distraught if the Consumer Banking and Asset Management division experiment never turned into anything more than a slightly embarrassing distraction.  The alternative might involve significant downside to their own relative status and prospects.

Elsewhere, you don’t see many financial services CEOs saying that falling in love with a work colleague is “a great thing, there’s nothing wrong with it at all”.  Particularly not if their company has had a twelve month period like the Lloyd’s Market, which has been beset by cultural problems of drinking and harassment.  But John Neal can hardly dodge the issue; he got married last year to his former PA from when he was CEO of Australian insurer QBE.

Perhaps strangely, though, his own experience might have given him more of an insight into the issues he’s had to deal with.  An office romance is not the same thing as a harassment case, and Mr Neal might be better placed than many CEOs to call out employees trying to get away with one by pretending to have mistaken it for an attempt at the other.

As trailed toward the end of last year, the reorganisation of UBS Wealth is cutting 500 jobs, mostly in middle management support roles, and pushing some big names into advisory roles. (Bloomberg)

It’s also noticeable that many of the strategic moves and “easy wins” coming from Iqbal Khan are things which had previously been implemented at Credit Suisse.  There are signs of a “dream team” of senior managers being created, and speculation that former CS colleagues might be brought over to fill it out after bonuses are paid. (Finews)

However, profits at the Odey management company itself were strong in the most recent accounts, with the strong year in 2018 resulting in substantial performance fees being banked. (Financial News)

Former GAM CEO Alex Friedman is launching a thinktank with the aim of considering “what has gone wrong over the last 25 years, as well as to illuminate what has gone right” (Finews)

A wealth manager who misused his position to divert $6m into his own bank account was unable to pay the sums back when caught because of “wild personal spending”, according to an SEC complaint. (Bloomberg)

Guy Moszkowski has begun the departures from Autonomous after the Bernstein acquisition, with a new role on the board of Santander’s US operations (Financial News)

The employment tribunal between Goldman Sachs and Kwasi Afrifa (he said they didn’t make reasonable accommodation for his ADHD, they said he was never cut out to be a banker) has been settled out of court for an undisclosed sum, shortly before it was due to restart after delays caused by the death of one of the panel that was meant to decide it. (Bloomberg)

Photo by Science in HD on Unsplash