More Reasons You Can Be Optimistic About Your Compensation (with Video)

We already know that the eFinancialCareers global bonus survey found half of Wall Street's professionals expect their bonuses to grow this year. No surprise that a third of them credit their own performance for the uptick. Another third said their employer's improved profit is the reason, and 16 percent said they were able to up their bonus by switching employers or positions.

And, of course, those expecting lower bonuses blamed the economy, Dodd-Frank and their employers' voluntary restraint. 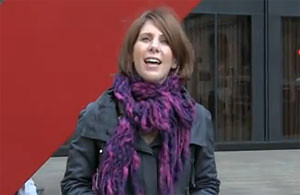 "I don't think anyone can say 100 percent what bonuses will be on Wall Street, but do I think they will be better than last year? Yes," says Jessica Mazon, a recruiter with KForce Finance & Accounting Professional Staffing in New York. "Do I think bonuses will be where they were before the recession? I don't think so."

Jeff Visithpanich, principal at Johnson Associates compensation consultancy, believes bonus trends are a "mixed bag" dependent on seniority and industry. While pay is up moderately across the board, those at the top end of the spectrum are seeing their total packages increase by 5 percent. Those in the bottom pay tier are down by 5 percent to 10 percent, he says.

While those making more than $200,000 will see their packages generally up, he says, regulatory pressures mean that cash bonuses and deferrals are down for 2010 but salaries are up 30 to 50 percent.

Those in wealth management, private equity, retail banking and hedge funds are seeing a jump in bonuses this year, Visithpanich continues. Those in traditional fixed income and capital markets are down by as much as 30 percent year-over-year simply as a function of the shift toward larger salaries.

At the trader and front-office level Mazor sees packages overall up 10 percent, with strong increases for new hires when compared with recent years. She also notes companies are paying full or prorated bonuses for workers who leave before year-end - something unheard of in 2008 or 2009. "If I look into my crystal ball, I think next year's salaries will be higher and bonuses will follow. Right now bonuses are in recovery mode - it's not ridiculous like it used to be."

Visithpanich expects 2011 to be a good year for those in M&A, asset management, fixed income and advisory positions. As for the 2 percent of survey respondents who said their pay doesn't matter, Visithpanich observes: "Some people say compensation is not important. But those people can name a half dozen colleagues and what they're making."