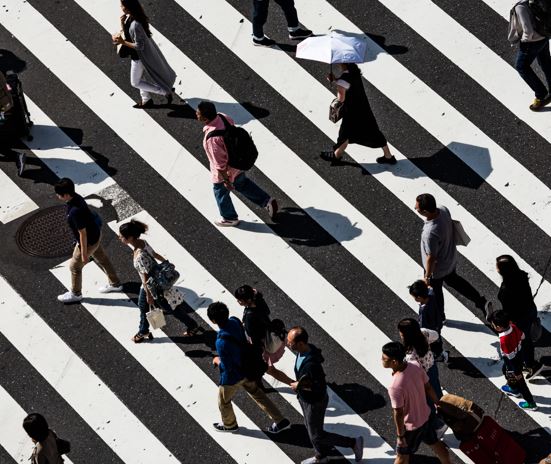 If you're looking for a new job at Goldman Sachs or JPMorgan, now might be a good time to apply. Pandemic or not, both banks have spent the past 24 months on a hiring binge and there's little sign yet of a reversal.

When Goldman Sachs released its second quarter results last week, it revealed that headcount rose by 5% or 2,431 people in the past year. Since mid-2019, before the pandemic began, headcount at the firm has risen by 15%, or over 5,000 people.

JPMorgan hasn't been quite as zealous in its addition of personnel, but nor has it been slow to hire either. In the past year, headcount at JPMorgan's corporate and investment bank rose by 5%. Since 2019, it's up by 9% or by a similar 5,200 people.

Not all these headcount changes are due to hiring, and not all the hiring has happened in investment banking, sales and trading, or support functions. - At Goldman, for example, much of the recruitment has been in the consumer and commercial banking divisions and for the expanding transaction banking product. The headcount additions also reflect Goldman's acquisition of the General Motors credit card unit in late 2020.

However, banking recruiters in the City of London and on Wall Street leave little doubt that the pandemic has been kind to their wallets. JPMorgan alone is adding 190 junior bankers to combat burnout among existing staff and Anthony Keizner, partner at Odyssey Search Partners in New York, says this year has been the busiest for junior banker hiring since the dot com boom of the early 2000s. The head of another markets-focused global search firm says this been one of his busiest years for a decade. "There's a lot of pent-up demand," he says.

There are reasons to think this might continue. While Goldman's rates, commodities and credit traders are having a bad year, the firm says its pipeline of investment banking deals remains unusually high. Stefan Pillinger, managing director of search firm Pinpoint Partners predicts the hiring boom for junior bankers will continue into the summer of 2022. "Banks are bidding-up, there simply aren’t enough candidates to go around, and the banks losing candidates have to rehire," he told us in June.

With banks focused on hiring, there's little sign of firing. In 2019, Goldman Sachs issued six WARN notices of employee 'dislocations' in New York State. In 2020 and 2021, it's issued none at all.

This doesn't mean that the future is entirely without clouds. As the Financial Times pointed out today, costs at the big US banks have been increasing faster than revenues, and this won't be sustainable long term. For the moment, though, the summer lull will be welcomed by both recruiters and by the candidates they're placing. People need a rest. It's been an exhausting pandemic in financial services hiring land.

Photo by Ryoji Iwata on Unsplash