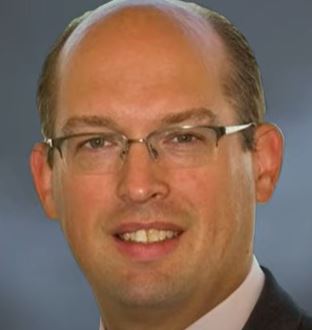 The revered investment banking blogger Epicurean Dealmaker used to say that there were, fundamentally, only three types of senior management and the key to career success was to identify your boss quickly and deal with them accordingly.   Stripped of the inappropriate language of the day, these three types are the GSG (“Genial Son-of-a-Gun”), the PLS (“Poisonous Little Slug”) and the HTR (“Heartless Technocratic Robot”).  So, as Jeremy Barnum steps up as a somewhat unexpected choice for CFO of JP Morgan, it’s time for a snap judgement – which is he?

It’s actually incredibly clear – he’s a GSG, possibly the purest specimen of the kind since Jamie Dimon himself.  He’s famous within the halls of JPM for sitting down at the desks of junior analysts, going through their Excel models tab by tab and handing out hints and tips on shortcuts and formatting.  This is described kindly as “a knack for mentoring”, although the poor analysts are quite likely to hate it and find it terrifying.  He’s also “known to love a good debate” and once sent a farewell email referencing Josef Stalin.

It goes back to his schooldays.  Apparently, according to an interview with his wife a few years back, he was “a bit of a legend” at boarding school.  He even features in the cult novel “Prep”, which lightly fictionalises the time that he (apparently) took part in an art project which involved some fellow pupils making a plaster cast of what the NYT coyly calls “an appendage” (the novel tells you which one). He was also partly brought up in Barcelona by his mother, a pianist who apparently introduced him to “a spectrum of economic debate that included anarcho-syndicalism”.

People often tend to underestimate GSG-type managers, not least because they are often surprisingly good at reinventing themselves as one of the other types if the situation calls for it.  At the start of the financial crisis the writing was on the wall for Barnum’s career as a bond trader; he’d been fired from JP Morgan for making large losses in 2004 and then left hedge fund Blue Mountain under a similar cloud in 2006.

But the golden age of bond trading was at an end anyway, due to the Volcker Rule, and Barnum showed up again at JPM as an expert in compliance and risk management.  He was given the job of dealing with the London Whale trading loss at JPM, and appears to have handled it efficiently, but in rather more technocratic than genial fashion.  Having seen how problems happen from both sides, he seems to have been able to continue on into a general purpose fixer and lieutenant role for Dan Pinto, culminating in having reached the C-Suite in the same announcement that promoted Pinto to sole President.

It doesn’t necessarily look like this latest promotion is a step on the ladder to the top job – Mr Barnum has no retail banking experience, for example, and at 48 he’s roughly the same age as both Marianne Lake and Jennifer Piepszak.  But this also means he might stay around for a while.  Like David Mathers at Credit Suisse, numbers-oriented CFOs with a background in trading and a head for politics tend to be long-lived in the post.  It might be a good idea not to mention the “appendage” thing until you’re sure he has a sense of humour about it.

Elsewhere, a “desk check” usually strikes fear into the hearts of bankers because it means that the building inspector is going to come round confiscating unapproved Nespresso machines and writing complaints about the piles of flammable and/or confidential documents heaped up everywhere.  For European bankers, however, it might have more far-reaching implications.  The ECB is carrying out a “desk mapping” exercise to check that key post-Brexit risk management functions are actually being moved to Euroland and that the Paris and Dublin subsidiaries of London banks aren’t just brass plate operations making “back to back” trades with the office where the real decisions are taken.

At present this “mapping” exercise is more of a survey, with the banks being asked questions about where key staff sit and how trades are processed, but it’s not hard to see how it might be followed up with some spot checks once the pandemic is over.  Is the jacket hanging on the back of the chair in Frankfurt creased with recent wearing?  Are there a pair of shabby shoes under the desk in Amsterdam?  The building inspectors might not be the only people to fear.

One headhunter is apparently “spending 70% of my time actively speaking with candidates who are looking to move into crypto”. (FT)

It appears that there will be follow-on hires after SVB poached the UBS tech advisory team; the firm is advertising for junior bankers.  It’s not clear whether this is “advertising” to the general labour market or whether they’re expecting the same team’s juniors to follow the rainmakers. (Business Insider)

Bloomberg Opinion asks “What’s The Point of the Office, Again?”, inviting the reply “it keeps the rain off the computers” (Bloomberg)

Good news for GAM employees – they appear to be back on the front foot, hiring Terence Bong to head operations in Singapore with more hires likely as they staff up a local office. (Financial News)

Bill Ackman is still “weeks” away from doing a deal for his SPAC, at best.  His retail investor fan club are apparently getting increasingly dispirited (Institutional Investor)

Swiss bankers try not to fly Ryanair, but the interception of an aeroplane over Belarus has caused them to think even more about the risks associated with banking some of their Eastern European clients. (Finews)

With walls that can be moved to reconfigure the space and apps that track concentrations of people, some of the COVID precautions being taken in financial sector offices seem to have a science fiction game show flavour to them.  However, the beer taps are apparently being turned back on at WeWork (Bloomberg)

The advice for US citizens who want to become digital nomads appears to be “don’t look at Facebook groups relating to expat tax, they will really stress you out” (NYT)