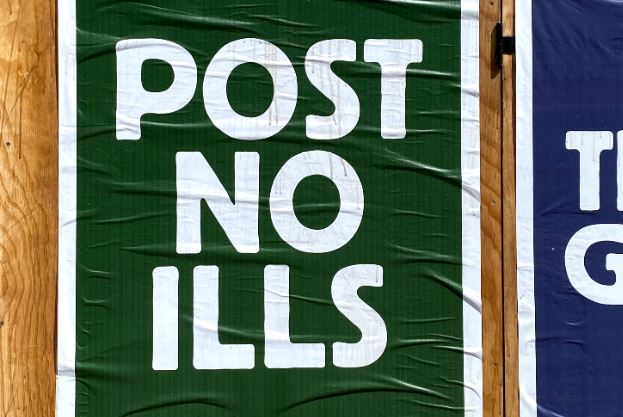 Many people expected disquiet over major banks' calls for staff to make immediate plans to return to the office, and unsurprisingly, disquiet seems to have been the result.  Screenshots circulated on Twitter yesterday evening suggest that the JPMorgan 'all staff memo' attracted at least 41 comments on the company intranet, and that the commenting was eventually shut down.  Presumably tomorrow the jokes will be going round on WhatsApp groups that the plans have received a “muted response”.

JPMorgan isn’t making any comment on this – the screenshots in question seem to have been taken by someone pointing a phone camera at a computer screen, so although they’re anonymous they’re also nearly impossible to verify.  We also don’t know how many of the people responding were investment bankers rather than retail employees or back office staff (one of the ones in the screenshot is captioned “CCB, USA” referring to the Corporate Client Banking division).  The rough gist from the two comments that are visible seems to be that three weeks aren't long enough to arrange childcare plans, and that even “industry recognized health and safety protocols” may not make the office safe.

Given that JPMorgan had 259,350 employees at the end of the first quarter, the fact that only 41 commented on the internal message board and that a mere two of those were definitively negative might seem like good going. However, the fact that the comments were closed might suggest that JPM feared a wave of similar such objections if it kept them open.

It's surprising (and possibly even admirable) that JPMorgan was even inviting comments on the intranet in the first place - and that many of its people thought it was a good idea to leave them. The JPM memo wasn’t presented as a solicitation of views as to what the right strategy might be for dealing with the end stages of the pandemic – it was itself the considered view of the top management team.  Even presuming that they read the comments, Jamie Dimon and the rest of the C-Suite were unlikely to learn anything brand new and change their minds.

In banking, loudly speaking out to criticize the CEO is rarely a good idea. It's likely to get you a reputation as someone without much common sense.  The best bosses don’t stifle criticism and many of them actively search for dissenting views, but there’s a time and a place.  Comments which arrive early in a decision process, which reflect considered opinions and which are expressed diplomatically have the most chance of achieving their goal.  Complaints about a decision already taken, made within a short period after the announcement and which are directly critical are most likely to lead to bad feeling - especially if they record your name and title. Closing the comments could be interpreted as a kindness to anyone else who might have been about to do themselves some self-inflicted career damage by posting an intemperate response.

Elsewhere, in the search for more warm bodies to bring in to execute their unprecedented deal volumes, bankers are close to breaking the ultimate taboo – allowing their own back- and mid-office staff to move into investment banking roles.  “Recruiting internally” might not sound like such an impressive piece of lateral thinking, but it’s very unusual for this to happen.  The reasons seem to be partly to do with memories of Nick Leeson and Jerome Kerviel creating a perception that “mid office escapees are dangerous”, and partly because most hiring managers came in through the usual track of prestige universities and internships and can’t help thinking that anyone who was really any good might do the same.

In their quest for flesh, banks are also trying to hire from accountancy and law firms, on the basis that if you need “someone who can work 100 hours a week on our deals”, one of the best qualifications might be “someone who is already working 100 hours a week on our deals, for less money”.  One headhunter has suggested that “It’s likely that we’ll also have to look to places like Australia and Canada for City jobs”, although Australia and Canada appear to have labour markets which are if anything hotter than the big financial centres.

A hot market is also a time when junior bankers get the opportunity to “upgrade”; if you missed the bulge bracket recruitment round but have started out well at a lower-tier firm, this could be the right moment to get back to the career track you had always planned. Long may it last.

Google – one of the bigtech giants which many banks have claimed that they are in competition with for coding talent – seems to have a much more relaxed attitude to working from home, with 20% of its staff likely to be permanently remote, another 20% in satellite sites and the core 60% expected in the office “a few days a week” (Bloomberg)

One reason why some bankers are less keen to make a rapid return (and why they might be keen on continuing to wear masks when they do) is that they have been getting their teeth straightened during lockdown and were expecting a few more months before they took their braces off. (WSJ)

Similarly, if it isn’t the teeth, data suggest that demand for butt implants has soared. Be careful how you say “there’s something different about you, Kevin but I can’t put my finger on it”. (Bloomberg)

Once upon a time, Michael Baldinger was a proprietary trader at CSFB.  He’s now at UBS and has been promoted to lead the bank’s sustainable investing strategy; people change. (Finews)

Surveyor Capital, one of the big active equities units of Citadel, has doubled its investment team in London and is seeking to do the same in Asia.  It has a new head, Philip Lee, who joined in 2013 as an analyst. (Bloomberg)

RBC Capital Markets and Guggenheim Securities have announced salary increases and protected time packages for their juniors, confirming that the deal bonanza is stretching well beyond the main bulge brackets and boutiques. (Business Insider)

“Why do rich parents have rich children?” Economists at the University of London find new evidence for the inheritability of money. Coming soon, possibly, “why do the sons of Dukes become Lords?” (Voxeu)

Photo by John Cameron on Unsplash