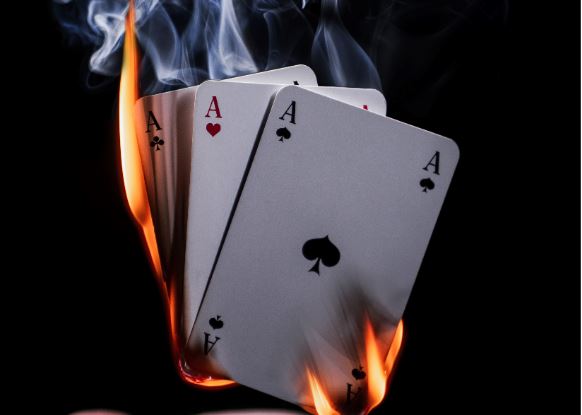 Yesterday was a bad day for Thomas Gottstein, CEO of Credit Suisse. Having taken the job last year and promised to move the bank to a "growth phase" in 2021, he's now faced with a mini-financial crisis in the form of $10bn of funds linked to Greensill Capital, which the bank yesterday suspended redemptions on.

As is often the case, Gottstein's difficulties are born of financial innovation gone awry. In this case, the innovation was around the commonplace practice of 'invoice discounting', under which lenders provide funding to companies to pay invoices early and at a slight discount. The company later pays the bank for the full invoice, and the lender pockets the difference.

This is the fundamental activity of Greensill Capital, a provider of 'supply chain finance' which sounds like it should be an ESG fund, but isn't. Greensill's problem is that up to two thirds of its loan book (based on a report from Scope ratings in 2019) is based on invoice discounting loans made to British steel magnate Sanjeev Gupta, whose opaque business empire is subject to increasing regulatory scrutiny.

Credit Suisse comes into the picture because Greensill hasn't been keeping its invoice loan book on its own balance sheet. - It's spent the past few years packaging up its loans into bonds and selling them to vehicles like Credit Suisse Asset Management's Supply Chain funds. Credit Suisse manages four such funds, and they rely almost entirely on the 'debtlike securities created by Greensill' according to the WSJ.

The current crisis surrounding these funds has come to a head following what Credit Suisse yesterday described as "considerable uncertainties with respect to their accurate valuation,” which itself seems to be the result of expiring insurance policies that previously covered Greensill for defaults on its assets. Now that Credit Suisse has suspended redemptions in the funds and won't be buying any more Greensill bonds, Greensill may reportedly file for insolvency within days and founder Lex Greensill, who previously worked for Citi and Morgan Stanley and who has an MBA and something called 'Most Excellent Order of the British Empire' awarded to him by the Queen for 'services to the economy,' won't look so shiny after all.

Also less shiny will be Gottstein's Credit Suisse, left holding $10bn of Greensill-linked bonds of highly indeterminate value. SoftBank is reportedly thinking of writing down its investment in Greensill to nothing at all. Colin Fan, the former head of trading at Deutsche Bank who joined SoftBank's Vision Fund in 2017 was reportedly behind the investments in Greensill, which might explain why Fan left SoftBank in January. There should surely be some exits from Credit Suisse too.

Separately, the co-head of Goldman Sachs' asset management business is departing voluntarily only six months after a big promotion.

Eric Lane, who'd worked for GS for 25 years and who was only made co-head of asset management with Julian Salisbury in late 2020, has unexpectedly decided that now is the right time to move to the buy-side. Bloomberg reported yesterday that Lane is making a surprise move to Tiger Global Management, where he will arrive later this year as president and COO. Goldman doesn't seem to be commenting, but Bloomberg points out that asset management is a "critical focus" for CEO David Solomon making Lane's exit curiously unfortunate.

Goldman Sachs restarted its cryptocurrency trading desk and will begin dealing bitcoin futures and non-deliverable forwards for clients from next week. (Reuters)

Hedge fund billionaire Dan Loeb says he's been, "doing a deep dive into crypto lately,” and that, “It is a real test of being intellectually open to new and controversial ideas.” (Bloomberg)

Patrick Frowein, co-head of investment banking coverage and advisory for EMEA at Deutsche Bank has moved back to London from Frankfurt. He says Deutsche is gaining share across Europe: "If you look at last year’s investment banking fee pool across products — mergers and acquisitions (M&A), equity capital markets, high yield, high grade bonds and loans — the market was up in Europe 6%. Our league table revenues increased by about twice this rate year on year.” He also says that Deutsche's new model of an ECM business without a big equity trading function is working and is of interest to rivals: “It allows us to completely focus on the IPOs, spin-offs and other transactions. Our people are not overwhelmed by looking at daily trading flows, we have that capacity at our disposal for bigger strategic transactions, which we have made our clear priority.” (The Banker)

Jamie Dimon on vaccination at JPMorgan: “It’s hard to make it mandatory. There are laws about that...I think what we’d like to do is have carrots and sticks. We want people to take it.” (Bloomberg)

With not much else going on, Canary Wharf is all about being spotlessly clean. “If you take a swab and you test that for how many cultures are on the swab, hospitals work on the basis that they must be up to 20 cultures for a swab and anything better than 10 is fantastic. And we are getting four.” (Financial News)

Hot tips on Zoom call body language: A quickening or slowing blink rate can signify stress. Eyebrows pointing down toward the middle of your nose indicate anger; eyebrows in a neutral position but curled up in the middle point to sadness. (WSJ)

A British crypto trader in Thailand who got high on meth and fired a gun at beaches from a speed boat faces life in prison. (Daily Mail.)

A 36 year-old hedge fund manager took his life as a result of a build-up of “high stress” due to his job, his health and the financial impact of the pandemic on his company. (The Times)

Photo by Julius Drost on Unsplash