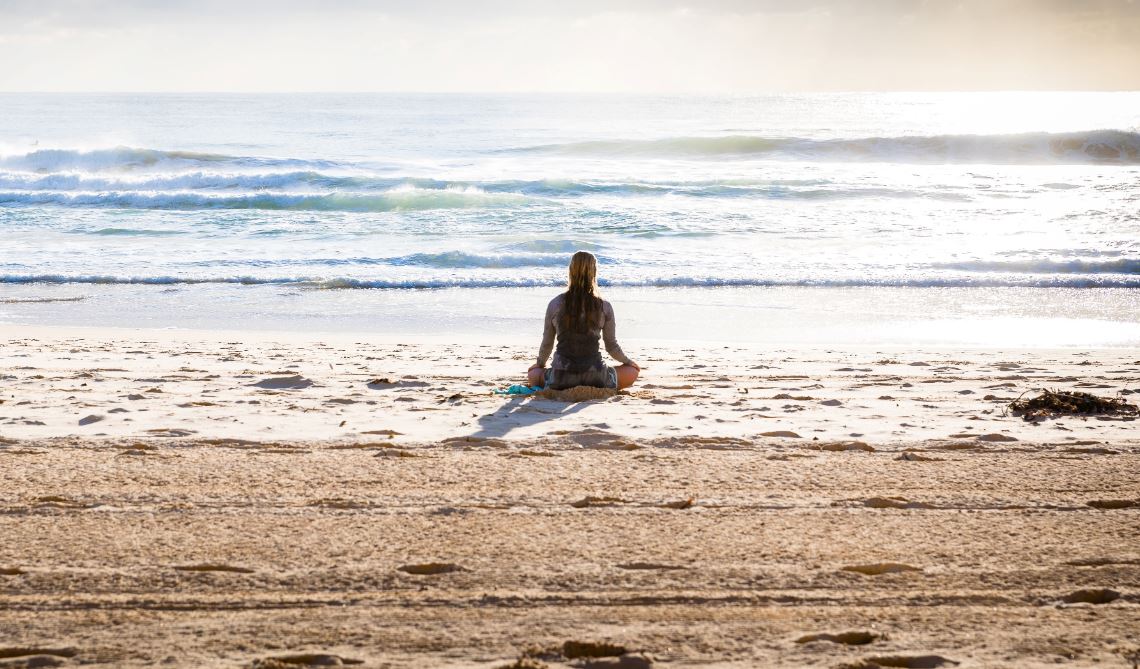 Life's a beach in IBD

If you haven't seen it already, a Swiss bank has made a video of what it's like to be a junior banker during the pandemic.

It features Natalie, a young banker in London who arrives in the office at 7.30am to, "review the pitch-book one last time before the bake-off" and says she's "really excited to see how several banks compete for the same business."

"It's very interesting, but also a lot of work," says Natalie, who's then seen meditating in the 'relax room' at 12.30pm before heading to the trading floor where there's some "interesting movement."

"Bull or bear? That's the question," she reflects.

As she walks around holding her coffee and wearing a mask, Natalie meets Alex, the somewhat more veteran and non-mask wearing global head of markets distribution who jumps up to greet her. "I still can't believe that he knows who I am," she says, noting how much effort has been made to welcome her and show her the ropes.

Before Natalie knows it, it's already 5pm. "The days are exciting and the time goes by so fast," she says, before leaving at 7pm with her yoga mat to head home for a virtual dinner with the team.

While Natalie's day might be reasonable for the bank in question - which has a reputation for better work-life balance than some U.S. investment banks and is praised for its culture on Glassdoor, it's also raised some eyebrows among jaded sorts who question whether it's an entirely accurate portrayal of life in corporate finance. For this reason, the bank appears to have removed the video from its social media channels and is declining to comment on the matter.

Natalie isn't the only person combining banking with an encouragingly wholesome lifestyle. In 2018 Business Insider covered a day in the life of Melania Edwards, part of HSBC's Global Venture Capital coverage group. Melania got up at 5.30am every day to meditate, chatted to friends at 7.30am, drank green juice at 7am, played tennis at 7.30am, arrived in the office at 9, had an hour and a half's lunch break at a farmer's market, did yoga at 7.30pm, cooked dinner with her boyfriend, went on a ritual neighborhood walk, and spent some of the evening promoting female empowerment in Papua New Guinea....

Photo by dorota dylka on Unsplash