Morning Coffee: The social network where finance guys can hang with Elon Musk. Deutsche Bank traders are getting boastful 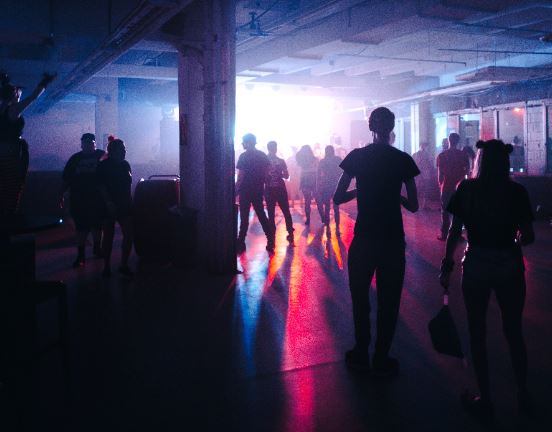 The problem with working in financial services is that it's not really very cool. Hardos in loafers might seem a thing when you're surrounded by them every day, but outside of the industry the look is seen as rather lame. This is why places like Shoreditch House in London have (or had before the pandemic), a no-finance admission policy.

Imagine, then, a space where finance types can hang out with counter cultural billionaires in peace. That space appears to be known as Clubhouse, an invitation-only social media app which it's apparently very difficult to get an invitation to. People who might invite you include Drake, the singer, Oprah Winfrey, the TV personality, or Elon Musk, the billionaire.

It's not clear whether bankers like, say, David Solomon of Goldman Sachs, are already on Clubhouse, but we know that Vlad Tenev, the chief executive of online brokerage firm Robinhood is there, because Tenev reportedly chatted to Elon Musk about the nightmare of having to raise several billion in extra capital last week.

Clubhouse is a self-described, "invitation-only audio-chat social networking app." According to the Vogue journalist who heard about it through word of mouth, got put on a virtual waitlist and then finally accessed "a pretty plain-looking homepage," you're presented with a list of chats that are happening now and a list of chats that will be happening later, each moderated by someone from the community. "Pending on your field of work/interest/friends, you’ll see chat rooms hosting talks on music, film, culture, race, tech and beauty," she said. Finance doesn't seem to be a big theme, unless it's Elon Musk discussing bitcoin.

Nonetheless, it's inevitable that finance professionals other than Tenev are already among Clubhouse's two million plus users.  The app reportedly intends to become a subscription service at some point. 'Think of Clubhouse as an app for live, unfiltered podcasts,' says CNBC. It may yet become a place for bankers to opine in ways that will entertain clients - a sort of invitation only Talks at GS, although bankers actually have to be invited first.

Separately, the rehabilitation of Deutsche Bank is complete. For the second time in several months, Deutsche Bank's fixed income traders have quietly let it be known that they have out-performed the market. Deutsche reports its fourth quarter results tomorrow and Bloomberg reports that the German bank's fixed income sales and trading revenues are up 20%.  - More than at any rival bank to report so far.

The unexpectedly large increase may prompt a rethink on bonuses, says Bloomberg: they were due to increase by 10%; now they may increase by even more.

Goldman Sachs sent employees an email warning against "the initiation of any rumours", "use of social media to conduct firm business is prohibited and engaging in trading activity that could be "prohibited and may result in disciplinary action.” (Financial News)

Short interest in the Gamestop plummeted to 39% of free-floating shares, from 114% in mid-January. (Bloomberg)

Retail sites selling silver have been overwhelmed by sudden demand for bars and coins as Reddit users turn silver buyers instead. “Now we’re seeing nothing, no single offer, which is scary...Whatever we sell, people are holding it. There’s no inflow of metal at all.” (Bloomberg)

Day traders discovered SPACs. “I would just have a bad case of FOMO if I wasn’t in SPACs,” said Marco Prieto, a 23-year-old real-estate agent living in Tucson, Arizona. (WSJ)

JPMorgan Chase analysts said in a note last week that a daily index they track measuring performance of hedge funds that go long and short equities experienced a decline of about 2% over Tuesday and Wednesday, which the analysts noted wasn’t unusually large and suggested that “any heavy losses in this space would most likely be confined to a few hedge funds.” (WSJ)

Clearinghouses were behind Robinhood's sudden need for cash. Clearinghouses serve to mutualize risk. Members keep cash or collateral such as Treasury securities at the clearinghouse to cover their own activities and the obligations of other members should they fail. A sharp rise in the price of any security raises the prospect that it will decline just as fast, meaning margin requirements increase. (WSJ)

Wall Street Bets is nihilistic but so is everyone in financial markets. (Spectator)

BlackRock portrays itself as a climate warrior but last year it voted against the vast majority of shareholder resolutions dealing with climate action and political spending disclosures. (DailyPoster)

George Osborne, the former British chancellor, is stopping being a journalist and starting being a banker at Robey Warshaw. (Guardian)

Bank of Montreal is giving employees three hours off to get the COVID vaccine. (Bloomberg)

Photo by Donny Jiang on Unsplash