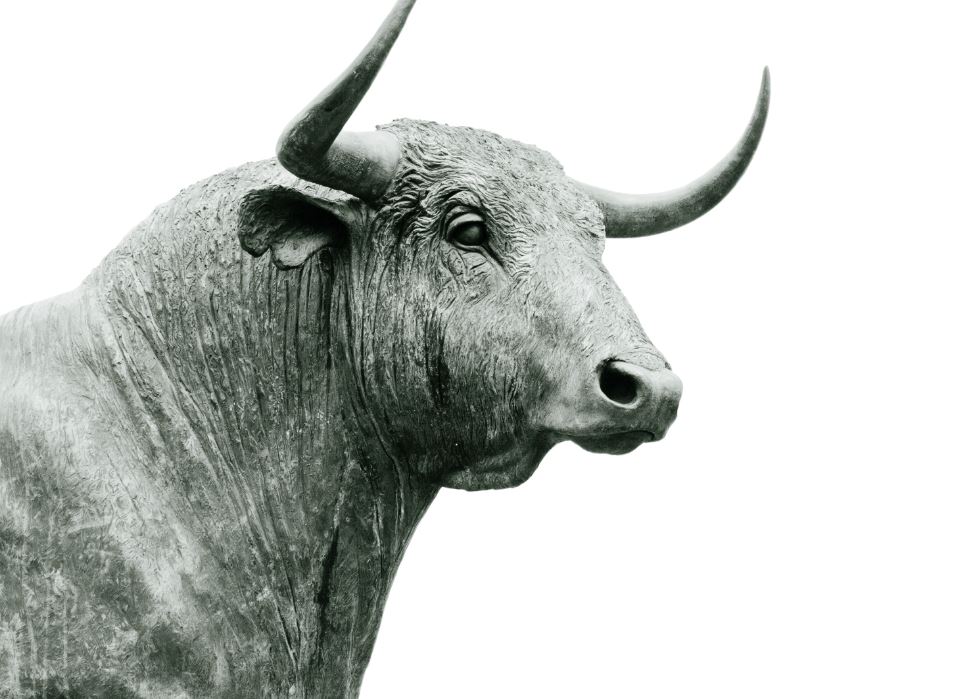 Most of the year, the average investment banker has a fairly straightforward psychological relationship with his or her employer’s share price – if it’s going up, that’s good.  It means that the home team are winning, and it means that the options, restricted shares, shadow equity units and whatever other exotic instruments there are lurking in the long term compensation scheme are all increasing in value.  For most of the year, an all time high for the company’s valuation, as Goldman Sachs has now reached, is a happy occasion.

In January, it's a bit different.  January is the month in which most U.S. banks - Goldman Sachs included - award bonuses, including substantial amounts of equity linked compensation.  According to last year’s proxy statement, the “grant date” for awards is some time around the end of the second week in January (last year it was the NYSE close on the 17th; if it follows the same pattern this year it will be the 15th), and the stock awarded is based on the closing share price on that day. So unless something big happens in the next nine days, GS bankers' 2020 stock bonuses are going to be based on “buying” at a peak.

JP Morgan bankers have a similar worry; at $131.55, their share price is only a couple of per cent off the all-time highs.  Morgan Stanley hasn’t quite regained the heights of the dot com boom at the turn of the century, but it’s above its 2009 peak, while Bank of America is 2% away from its highest point in the last five years.  Citi bankers, on the other hand, are unlikely to be worried by all-time highs given the more than 90% fall in the Global Financial Crisis, and in fact they’re still a bit more than 15% off their valuation this time last year.

It’s in Europe, though, that it really matters what price you’re getting awarded at.  If awards were made today, then Barclays, Credit Suisse and UBS would be paying in shares that have traded fifty per cent higher than their current value within five years’ memory and Deutsche and BNP Paribas in shares that have been worth twice as much.  Added to which, the EU and UK banks in particular have been encouraged to be careful with cash compensation by the regulators, so we would expect that the pot, particularly for senior staff, will have quite a lot of stock in it. Maybe this is a good thing - if the stock rises.

If people at U.S. banks are paid in stock purchased at record prices, they theoretically have an incentive to outperform. - Those highly priced shares are telling you that the market is expecting you to go on and deliver better results than have ever been seen before. The ideal, though, is a lower share price on award day, with the potential for upside just from returning to normality. Bankers at Goldman and elsewhere will be reading the newspapers with mixed feelings over the next few weeks; a little bit of political chaos and vaccine uncertainty, but not too much, might be the proverbial ill wind that blows a bit of good.

Separately, if anyone had been wondering what the views of America’s bank CEOs were about civil unrest and violently storming the US Capitol, it turns out that those who have expressed an opinion are so far unanimously against it.  Jamie Dimon, Larry Fink, David Solomon,  Stephen Schwarzmann, Michael Corbat and Rich Handler have all spoken out from Wall Street at the time of writing, as has Brian Moynihan, and when the rest of the press releases land tomorrow, it would be a brave or foolhardy gambler that took the view that any of them support it.

The CEO messages vary in style, from exhortations that “we are better than this” (Dimon) and “the peaceful transfer of power is a cornerstone of democracy” (Fink) to rather more blunt statements like “I am disgusted” (Corbat) and “unconscionable and unacceptable” (Handler).  Probably not worth parsing this as indications of their respective management styles, as many of them will have been drafted by staffers (and in some cases, staffers who watch a lot of West Wing videos).

David Solomon’s statement was possibly the most interesting, particularly as he had been to the Capitol himself yesterday to promote a campaign for small business support.  He was the only Wall Street CEO to make an explicit link between the chaos and the economy, saying “Recently, we have squandered [international] goodwill at an alarming pace, and today’s attack on the U.S. Capitol does further damage”.  It would of course be unworthy and unserious to think that the possibility of a sharp fall in the stock market over the next two weeks might have been playing on his mind.

Stefan Viertel, head of institutional sales and cash management for Deutsche Bank in Hungary, is joining the supervisory board as an employee representative. (Reuters)

Life in the poshest boarding school in France. (Vice)

The hedge fund of hunks!  Verger Capital has a policy of giving internships to elite college athletes at its local universities in North Carolina.  This year, one former intern is starting as an NFL quarterback and another is going to be a contestant on “The Bachelor”. (Institutional Investor)

Richard Sharp, Goldman’s former head of private equity and mezzanine investing and head of investment banking services, is set to be made Chair of the British Broadcasting Corporation, one of the top prizes in British public life. (Financial News)

BlackRock, unlike some other major Wall Street firms, doesn’t intend to leave New York, is fitting out new premises in Hudson Yards and has been suggesting to staff that no matter how senior they are, they shouldn’t get used to homeworking. (Bloomberg)

Traders are constantly checking Jack Ma’s Bloomberg profile to see if his green light is on.  It’s been three days, apparently. (Business Insider)

Photo by Hans Eiskonen on Unsplash