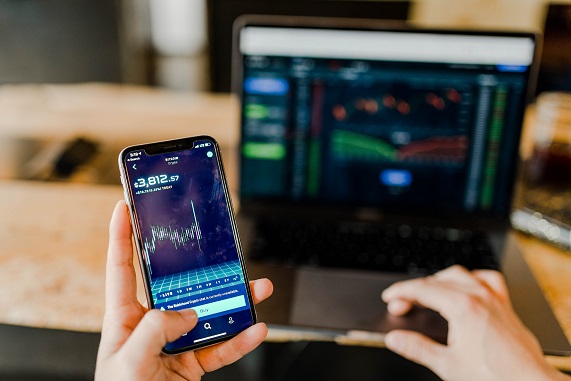 In most businesses until just a few years ago, devising the digital strategy was mainly the job of the chief information officer, explains Hong Kong-based Alvin Khor, Head of Delivery for Hong Kong at Cognizant.

“But now every company in every industry here in Asia and globally is embracing digital,” says Alvin, who joined the global IT services firm earlier this year after serving as the head of technology in the banking sector. “Digital transformation isn’t just on the agenda of CIOs – it’s also a key measure of success for CEOs and we’re only at the beginning of this  digitization trend,” he adds.

When Alvin meets senior executives from Cognizant’s clients – many of whom are the world’s leading corporations and financial institutions – the discussions are not limited to the technical aspects of a particular project. “It’s not just about changing lines of code or reducing IT costs; we’re increasingly talking to clients about helping them improve how they run their business. Digital is no longer a niche and siloed aspect of a company – it affects the entire business,” he explains.

In Asia Pacific, Cognizant is making significant investments in its digital capabilities as part of an ambitious growth strategy across the region, says Venkatesh Sriraman, Head, Greater China Market.

“I’ve seen us expand from a relatively small consultancy to a truly global firm that has exciting opportunities in Asia. We’ve always been quick to embrace digital innovation and adapt to changing market trends,” says Venkatesh, who has been with Cognizant for about 13 years.

Today Cognizant has become ‘more specialised’ in its digital services, including technologies such as IoT, AI, analytics, digital engineering and cloud, says Venkatesh. “Our growth in these three areas in Asia is exceeding expectations. Cyber security has also become much more important to our clients in this region, even more so now as Covid-19 has made all industries, including banking, more reliant on digital channels,” he adds.

In late 2018, Cognizant complemented its digital capabilities by acquiring Softvision, a digital engineering and consulting firm specialising in agile development of innovative software solutions and platforms. Combining the expertise of Softvision and Cognizant has created one of the world’s leading digital engineering companies and is helping to drive Cognizant’s growth in Asia, says Venkatesh. “With Softvision, we can now offer even more to our clients, because we’re able to deliver full-stack projects,” he adds.

The ‘strong partnerships’ that Cognizant has formed with technology product vendors – including the likes of AWS, Microsoft, Salesforce and SAP – have also contributed to Cognizant’s success in Asia, says Alvin. “These partnerships form a key differentiator for us and make us a one-stop-shop for clients, who like the fact they can choose the most effective technology products,” he adds.

Alvin says the increasing use of cloud-based systems is fundamentally changing the business strategies of banking clients. “Banks are becoming more willing to try flexible cloud solutions, and regulators are starting to be more supportive of cloud, so more banks are looking to Cognizant to devise and implement a cloud platform strategy for them,” he explains. “In banking, using your own hardware is expensive, so the trend now is towards sharing of infrastructure. And while banks want digital transformation, they’re realising that this isn’t really achievable without outsourcing.”

The banking sector in Hong Kong and Asia will also be transformed by the growth of application programming interfaces (APIs), says Alvin. “APIs are vital for the digital economy to be well connected, and for fintech firms and other organisations to have better access to the banks’ data. Cognizant is well-positioned to help banks,” says Alvin.

Large banks and insurers are not the only businesses that Cognizant works with in the Hong Kong finance sector – it also counts leading fintech firms among its clients. “The use of fintech is much more prevalent among consumers in Asia, and digital adoption in Asia is ahead of other places in the world because companies here have moved from legacy to digital systems very rapidly,” says Venkatesh.

Established financial services firms are now partnering rather than competing with fintechs, he adds. “Cognizant has also embraced fintech, by understanding that it has several niches – from robo advisors to chat bots – and by establishing our own fintech team. Hong Kong is a fintech hub with a supportive regulator, so this is a growth area for us,” says Venkatesh.

The launch of virtual banks in Hong Kong this year, one of whom Cognizant has partnered with, is a major driver for the wider fintech sector in the city, says Alvin. “Digital banks will push the incumbents to innovate, and give consumers more choice. Consumers won’t put up with waiting three days for a transaction – in a digital environment, they want things to be done in real time or near real time,” he says.

As Cognizant in Hong Kong becomes more involved in innovative new services such as virtual banking, it is looking to hire talents – from developers to project managers – who ‘want to be game changers’, says Alvin. “If you work on the frontline of digital change, you need to be passionate about making a difference for your clients. Cognizant isn’t just another big company; we’re part of a pioneering workforce in Hong Kong.”

Cognizant puts a lot of effort into growing people’s careers over the long term and has development plans even for fresh graduates and new hires, says Venkatesh. “Perhaps you’re a developer right now, looking at branching out to become an architect in five years: our career-track plans give you a clear picture of what you need to do – in terms of training and certificates, for example – to achieve your long-term goals,” he adds.

Venkatesh’s own tenure at Cognizant highlights the career mobility that the company has to offer. He started as a business analyst and gained exposure and certifications in insurance so he could cover that sector. After stints in Dubai and then Singapore, Venkatesh relocated to Hong Kong in 2016 and took up his current role. “Every three or four years, there’s been a new challenge for me,” he adds.

Alvin says that having spent the latter half of his career in banking, he could see that people across the sector were struggling with comparable issues around digital transformation. “That’s why I joined Cognizant, because here I can make a real impact by helping to address these problems at a much broader scale than I could at a bank,” he adds. “I also love being involved in Hong Kong’s vibrant technology scene – every day brings exciting and new challenges for me.”