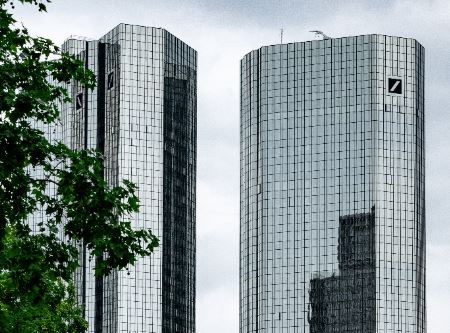 There’s one number in Deutsche Bank’s Q3 results that’s hard to ignore: €1.8bn for trading revenues in fixed income, currency and commodities (FICC). That’s 47% up on the same period last year (in line with Goldman Sachs, while Citi and JPM  achieved 18% and 29% upticks, respectively). Possibly more significantly, it’s only down 10% on Q2, which is really surprising given both the normal seasonality of the industry and the strength of the second quarter. In fact, you have to go back to 2012 and the summer when “Call Me Maybe” was in the charts to find the last time that Deutsche FICC had a better third quarter.

Of course, the shape of the industry and of Deutsche Bank’s business has changed beyond recognition since the days of “Gangnam Style” (for what it’s worth, compensation per head was almost exactly double its current annualised level, although this is unlikely to be a meaningful comparison given changes in divisional boundaries and cost allocations).

Deutsche no longer does equities trading, which was a source of strength for some banks. However, its ECM business does not seem to have suffered too much – origination revenues were up 153% on Q3 19 and 130% for the year to date, again looking comparable to the best of the US banks (Goldman and BoA) rather than the median. M&A bankers are still having a quiet time of things though; in line with the rest of the market, revenues were down 39% on last year.

It’s not the easiest task to see how this performance has passed through to bonuses, but the conference call remarks made by CFO James von Moltke refer to “higher compensation costs on significantly higher revenues”, a marked contrast to the trends noted at both JPM and Goldman.

In terms of the numbers, Q3 saw the investment banking compensation accrual up 12% on the previous quarter and 5% on Q3 19 but there might be something odd going on with allocation of infrastructure costs – during the third quarter, Deutsche’s investment bank gained an extra 586 FTE employees from somewhere, a headcount increase of 4%.

There are bound to be questions of what might have been – the Global Transaction Bank, which was so prominent in the restructuring plan, is having a tough time in an environment of low interest rates and slower client activity in cash management. And surely Christian Sewing must occasionally ask himself what might have happened if they had held onto equities trading for a couple more quarters.

But there’s one tiny number buried in the disclosures on slide 11 that might tell more of a story even than the big headline. Deutsche gained a small but material benefit to its capital from “lower Operational Risk RWA driven by an update of our internal loss profiles”. That basically refers to the effect of big conduct losses and regulatory fines dropping out of the moving averages. Slowly but surely, Deutsche is literally putting the past behind it.

Photo by Marc Rentschler on Unsplash