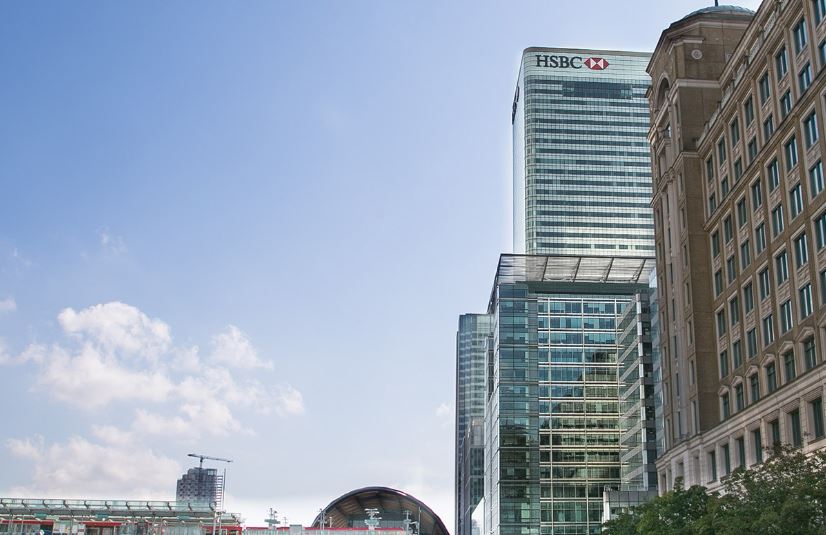 HSBC's announcement in February that it was cutting 35,000 jobs, just as the pandemic began, has caused predictable angst for those who work there. The bank's London G10 rates desk was hit by layoffs almost immediately after the plan was unveiled. The Paris office was afflicted by cuts of 38% in July. M&A bankers in London went in August; "I had no idea I was on the list," one told us.

In cuts of 35,000 even these are just the sparks from the forest fire. But what if 35,000 layoffs are far, far from being enough and HSBC actually needs to make more than double that number instead?

This is one of the conclusions of a new report from analysts at Barclays who think that HSBC's currently avowed cuts are inadequate. If HSBC wants to meet its target of a return on equity of 10-12% by 2022, the Barclays analysts say it will need to cut 97,610 jobs (precisely) within that time frame. This would be around 40% of the number of people employed by the bank at the end of 2019.

No one's saying that HSBC is preparing to jettison four in every ten people, but new CEO Noel Quinn is said to be consulting people like James Forese, the former head of Citi's investment bank who's now a non-executive director at HSBC, on ramping up cuts beyond 35,000. Forese is a known exponent of automating some back and middle office jobs out of existence.

Defendants of HSBC might suggest that the Barclays' report simply serves to deflect attention from Barclays' own problems. HSBC isn't the only bank skewered by the Barclays analysts: they also recommend steep cuts at Standard Chartered and the NatWest Group, such that 50% of jobs across the three banks should go if returns on tangible equity are to reach 10% or more.

The analysts may be wrong: it's easy to make yourself heard with a bold prognosis, and reality could be kinder. HSBC, Standard Chartered and NatWest are due to report third quarter results in October. It will become clearer then whether the medicine needs to be extreme.- When it reported second quarter results in August, HSBC predicted impairment charges of anything between $8bn and $13bn. Employees need to hope they're in the bottom of the range.

Separately, JPMorgan has issued what sounds like a hard summons back to the office, but the bank is already trying to soften its tone.

The Wall Street Journal was first to report yesterday that JPMorgan had issued an edict to "senior employees" in sales and trading saying that "that they and their teams must return to the office by Sept. 21." The message was reportedly communicated in conference calls by head of trading, Troy Rohrbaugh, and by head of sales, Marc Badrichani. The WSJ said that JPM people who are shielding will be spared and that the return would be softened by a mandatory training program explaining the new office rules using animated figures wearing masks outline hand-washing procedures and hallway etiquette.

This may have sounded a bit harsh, because a few hours later the Financial Times wrote its own version of the JPMorgan return to work story and stressed that it doesn't apply to everyone. “It was a message for the leaders, not the troops,” a person 'familiar with the matter' told the FT, adding that it was a command to “a few hundred managers for a few thousand employees.”  As ever, the arrival of this year's round of graduate trainees appears to have been the catalyst. "It’s important to set the tone from the top, and with a new class of analysts coming in, we cannot not have a senior presence on the floor,” the person familiar with the matter said.

Citi's incoming CEO, Jane Fraser said she worked in IBD at Goldman Sachs for two years but that, “felt like four or five years’ worth of work...It was the days of wearing these big-padded shoulders, they were dressing practically like a man in these suits that were horrendous. And none of them were that happy.” (Financial News)

Con men spent pandemic relief on jewelry, strippers and at least two Lamborghinis. It's not clear whether some of JPMorgan's community bankers were implicated. (Bloomberg)

A major change in life occurs, on average, every 12 to 18 months. Huge ones—“lifequakes”—happen three to five times in each person’s life. (Atlantic)

Google has an AI that lets you create your own moody quarantine music. (Technology Review)

Asset bubbles are all the same. They end when people believe they’re getting free money. (Maudlin Economics)