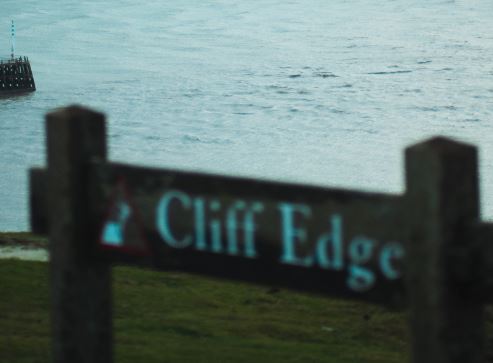 2019 was a year of big job cuts in banking, with around 75,000 cuts announced in total. 2020 began badly with HSBC's decision to cut 35,000 jobs in February, but many banks paused layoffs when the virus broke out. This could soon change dramatically.

As banks with existing layoff plans put them back into action, new banks are starting to eye the possibility of making substantial cuts of their own. The Europeans are at the front of the queue. Deutsche Bank and HSBC are already cutting around 20% and 15% of their staff in total. Now the Swiss banks and Commerzbank are contemplating doing the same.

Commerzbank's cuts seem most likely. Germany's second largest bank is reportedly drawing up plans to cut up to 25% of its workforce over four to five years. Nothing is certain - the plans are "under discussion" while Commerz is also in search of a new CEO after its former chairman and chief executive stepped down in July. If they happen, many of the cuts are likely to be in the retail bank (with 'digital' an ongoing area of focus), but 25% is a large proportion of the workforce however you look at it.

Almost equally large numbers were being bandied about yesterday in relation to a highly putative merger between UBS and Credit Suisse. Swiss finance blog Inside Paradeplatz wrote on Monday that UBS chairman Axel Weber and Credit Suisse chairman Urs Rohner have been convening to discuss a possible merger of the two banks as early as next year. Were it to go ahead, the merger could lead to 10% to 20% of jobs disappearing at the combined entity.

Before Credit Suisse and UBS bankers panic, the potential merger is being portrayed as more whimsy than reality and was described as, "part of a regular thought-exercise on future strategic options," by 'people familiar with the matter' at UBS. The question of combining the two banks has cropped up regularly over the years. This time, however, it seems a bit more serious: the project has a name (Signal) and management consultants have been drafted in to work out how a deal might work.

Separately, cuts are resuming at Citi, but they're tiny by comparison with those contemplate at the Europeans. The U.S. bank said yesterday that it will be resuming cuts after the pandemic and trimming around 2,000 people, or less than 1% of its global workforce. What's notable is that Citi is being cautious despite a great year in its markets division. Equities and fixed income trading revenues at Citi rose 19% and 53% respectively in the first half of 2020 vs. 2019 and CFO Mark Mason said yesterday that trading revenues are likely to climb again by a percentage in the low double digits in the third quarter. However, Mason said revenue increases in trading will be offset by a poor year in investment banking, low interest rates and low consumer spending. It doesn't bode well for traders' bonuses, or for jobs in Citi's M&A business.

Insurer Legal and General aspires for its staff to come to the office only "a few days per week or fortnight." (Financial Times)

Where are all the female fund managers? Only 1,762 of the world's 16,018 active fund managers are women, and it's barely increasing. Four years ago, just over 10% were women. Now, around 11% are. (Bloomberg)

Joe Biden would target his tax increases on high-income households, which he defines as those making above $400,000 a year. (WSJ)

Catherine Leung Kar-cheung, JPMorgan's former head of Hong Kong investment banking, is accused of giving the son of a client a job in 2010 without going through the standard recruitment process. The son was given a two-year contract with an annual salary of HK$545,000 (US$69,753) plus housing benefits of HK$180,000. His annual pay was increased to HK$640,000 one year later. In an email, Leung told a colleague that the son was really interested in investment banking but hadn't made it past the first round of interviews elsewhere. (South China Morning Post)

FX traders could have the busiest end to the year. After central banks drowned bond markets in liquidity, volatility has shifted to FX markets, which are now the most likely source of returns. The U.S. elections and Brexit will only make FX volatility worse. (Financial Times)

London City airport is laying off 35% of its staff as bankers stop flying due to COVID-19. (Evening Standard)

Photo by Rhys Kentish on Unsplash