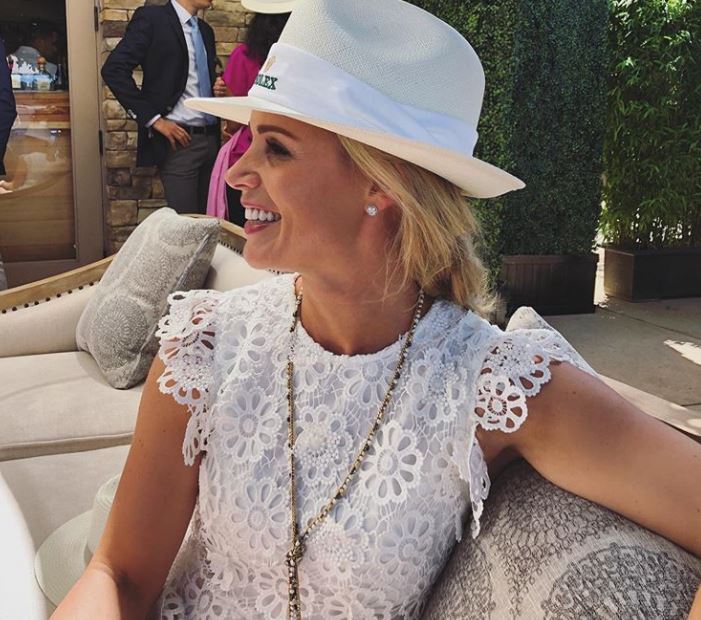 For all the complaints that hedge funds don't employ enough women, they do exist in the sector - just not necessarily in portfolio management. There are typically plenty of women working in areas like marketing and investor relations.

Franchitti joined from Eisler Capital, where she spent three years as head of business development. Before that she was a partner and head of European investor relations at BlueCrest and global head of credit derivatives at TradeWeb. Franchitti began her career in credit sales at Bank of America.

While women should clearly not be defined by their husbands and Franchitti's achievements stand for themselves, she's also known for her marriage to Dario Franchitti the Scottish racing champion who was formerly married to American film star, Ashley Judd. Her Instagram account suggests a life more glamourous than that led by some financiers (Richard Handler possibly excepted).

Macro hedge funds have made a comeback in recent months. The FT reported in late August that Caxton returned 31% this year up to that point. The fund was also one of the rare outperformers early in the pandemic.

While some macro hedge fund managers (eg. Hugh Hendry) have given up on money management and are now posting grizzled videos of new lives in the Caribbean instead, Franchetti is a reminder that macro fund management can still be chic.

Franchitti is unlikely to be the last macro hedge fund hire this year. Caxton also hired Sarah Jane Lockerbie from Citadel to manage recruitment in London in April. Ben Melkman, the former Brevan Howard PM who now runs Light Sky Macro, said in August that macro money management is returning to its "glory days" because we're back in a world of, "major policy mistakes, environments where policy makers cannot control the outcomes.”