Singapore on brink of 60,000-strong tech jobs boom. But there’s a catch 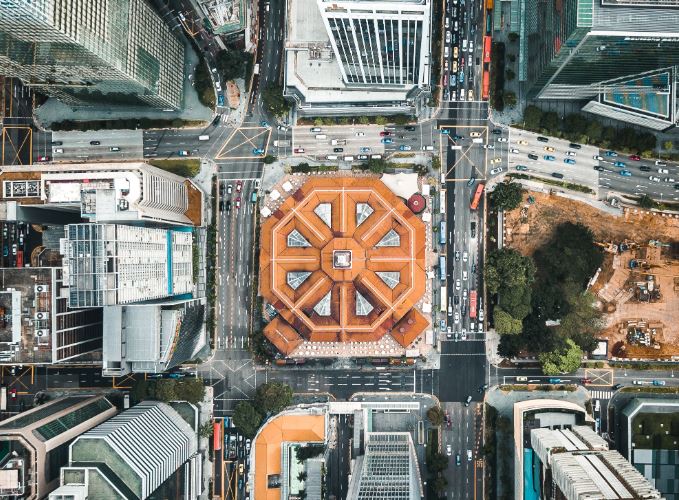 In the midst of the Covid-19 crisis, it is easy to lose sight of some of the broader challenges facing the job market in Singapore. While the current focus in many industries is on saving jobs, the city state (including its banks) also finds itself in dire need of more technology professionals over both the short and long term.

The information and communications sector, which incorporates people working in technology and digital jobs, currently employs about 200,000 people in Singapore and requires another 60,000 in the next three years, Vivian Balakrishnan, the Minister in charge of the Smart Nation Initiative, told the Straits Times this week. But the education system is only producing 2,800 ‘infocomm’ graduates annually, he warned. That’s 8,400 grads over three years, which leaves a 51,600 shortfall.

“If you’re a programmer, a UX designer or an expert in Python, artificial intelligence and machine learning...or better still, you create robots, you have no shortage of jobs,” said Balakrishnan.

Technology recruiters in Singapore say the local tech talent pool is already under strain. “Many companies tell me that the ambition and speed of their tech development in Singapore is being held back by our talent shortages of both tech graduates and skilled professionals,” says Daljit Sall, senior director of technology at Randstad.

“Many firms  are looking to build their in-house IT teams in Singapore, particularly in deep-tech areas such as development/engineering teams, cyber security, cloud, and data,” says Patricia Teo, director of the technology practice at Kerry Consulting. “There are significant talent crunches in these specialisations, particularly at the mid-levels, and this cuts across both banking and non-banking as these skills are largely transferable across industries,” she adds.

Singapore is transitioning from a tech-support hub to a centre for emerging technologies, and the job market is struggling to keep up. “The recent pace of change in technology is a key factor driving talent shortages here – for example in areas like digital transformation, collaboration and communication tools, blockchain, public cloud infrastructure, and artificial intelligence,” says Adam Davies, associate director at iKas International.

In Singapore, different types of employers are all after “similar talent at the same time”, says Teo. Even during the pandemic, US tech giants Google and Facebook still regularly have scores of Singapore jobs on offer as the city is their APAC headquarters. New entrant ByteDance is also hiring and may even choose Singapore as the global HQ for its TikTok brand.

Covid-19 has caused layoffs at some companies, most notably Grab, although Singapore-based tech roles are not thought to be the most vulnerable to its 360 global job cuts. But the pandemic has also accelerated tech hiring at other firms, in particularly the local banks, which have experience surging usage of their online channels as customers eschew branches. OCBC’s new 3,000-strong recruitment drive is party focused on tech, while DBS announced in May that it would add 360 people to its tech headcount this year.

“Digital transformation plans have accelerated because of the pandemic. Banks, insurtechs and fintechs have all stepped up on designing, developing and offering digital solutions,” says Sall. The awarding of new digital banking licences in Singapore by the end of the year – 14 bidders remain in the running – will also trigger more tech hiring in the near future, says Teo.

Minister Balakrishnan told the Straits Times that Singapore’s lack of engineers will only become “more acute” as the economy recovers after the pandemic. The Singapore government is trying to tackle tech talent shortages by “encouraging mid-career switches” and persuading “thousands of people willing to learn to come into this sector”, said Balakrishnan. The government is looking into subsidising opportunities for Singaporeans to take up temporary assignments, attachments and traineeships during the current economic downturn.

Banks are already retraining staff to take on tech and digital-focused jobs. Standard Chartered announced yesterday that it will boost its SkillsFuture@SC programme, which it launched in 2016, to help staff gain new skills over the next three years.

Mid-career changes are not for the faint hearted, however. “It’s not common for professionals to enter a whole new playing field. It’s a very steep learning curve, and they may have to accept a lower salary and position, and report to someone younger than them,” says Sall from Randstad. “You need to be committed to stay on course and experience benefits, like more career growth options, in the long run,” he adds.

In technology, the most effective career changes involve current technologists who retrain into a more sought-after field – such as traditional infrastructure professionals moving into cloud jobs. “If a mid-career technologist with a passion for software development wants to cross-train into Java development from another language, they will not be short of options,” says Davies from iKas. “It won’t be easy, but as long as employers get on board with these government initiatives, there will be really good opportunities available,” he adds.

Photo by Fahrul Azmi on Unsplash