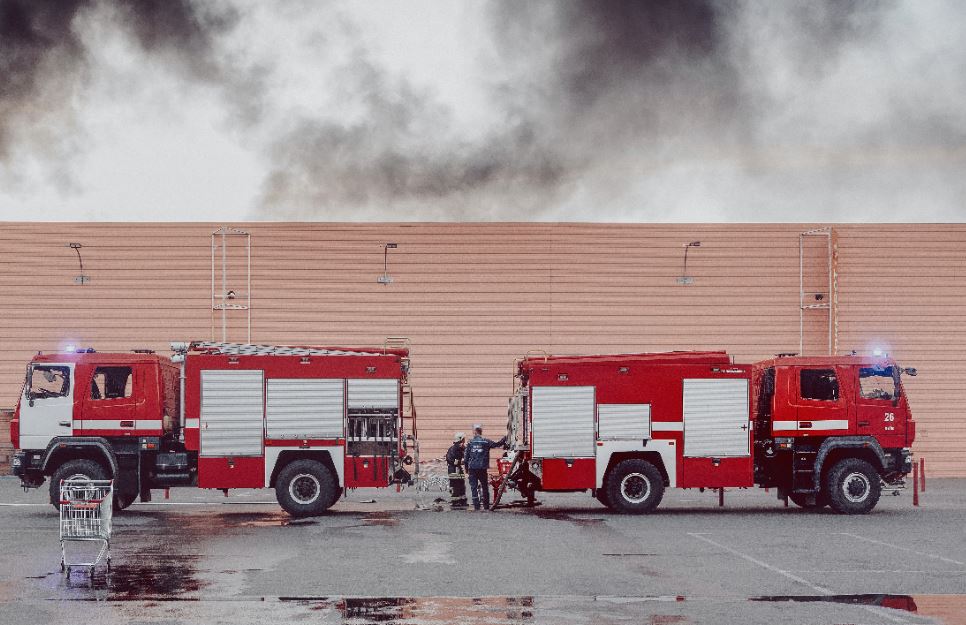 Fire fighting is necessary in Hamers' signature IT project

It’s fair to say that Ralph Hamers was a surprise choice for UBS CEO, given his lack of history in the wealth management business or at the top levels of investment banking.  It was made clear at the press conferences announcing his appointment, though, that his qualification for the job rested on one main thing – his ability to deliver big and difficult IT-centric cost cutting projects.  But with only a few weeks until he formally assumes responsibilities in his new post, Belgian newspaper De Tijd has raised some awkward questions about that track record.  Their article starts by noting that for the last two years, the ING headquarters had a big countdown clock ticking away on Mr Hamers’ megaproject – the integration of its Dutch and Belgian headquarters.  Some time in May this year, the clocks reached zero and were quietly removed, with the project still far from complete.

It’s not quite clear what went wrong – according to ING, there have been successes in the background, and having to incorporate a massive overhaul of anti-money laundering systems didn’t help.  But insiders seem to think that a large part of the problem was that cultural differences weren’t handled well, and that management weren’t sensitive enough to the need to build teams that could work together.  They also chose to carry out a big IT project at the same time as a big redundancy program, with effects that will be familiar to many bankers.  As one manager quoted in the article says, “Those who were good were looking for a new job outside the bank. Those who remain are not inclined to work very quickly in the transformation process. They realize that they may become redundant once everything is over”.

That could be troublesome, because a lot of these things could be seen as reading over to UBS.  If Mr Hamers ran into culture clash problems between Dutch and Belgians (and he apparently did), you have to worry about a bank in which the key strategic imperative is to implement a Swiss banking model in the USA and Asia.  After all, not all places in which UBS does business place the same value on bluntness and straight-talking as they do in the Low Countries.  Added to which, although it caused plenty of problems for the ill-fated integration project, the National Bank of Belgium is far from being the world’s toughest regulator.

Of course, it’s not just on this one project that Mr Hamers’ reputation rests; the reinvention of ING’s trading businesses was significantly more successful and his handling of cost cutting programs in the global network was widely admired.  But this is the key risk that the UBS board must be aware that they are taking.  With so much of its value tied up in the client franchises of its private and investment bankers, handling cultural issues and retaining the confidence of the staff is possibly more important than at any other bank.  In many ways, the decision to hire Hamers might have been motivated by a desire to “industrialise” and make UBS less dependent on its most powerful employees.  But with Deutsche Bank and CS both ambitiously eyeing up UBS’ market share, it’s a decision that could go wrong.

Elsewhere, it’s possible that the digestion of a few C-Suite breakfasts will be spoiled by the news that Marilyn Booker, Morgan Stanley’s first Global Head of Diversity, is suing the bank.  Although Ms Booker’s lawsuit seems to be related to the circumstances of her being made redundant from a subsequent post in the wealth management division, it might serve as a reminder of how much potential firepower someone in the global diversity role could bring to bear if they really wanted to.

The queasy realisation that might be creeping over top bank management is that Global Head of Diversity is a HR post, and that the HR function in investment banking is the place where, unavoidably, a lot of difficult decisions are taken and, perhaps more in the past than in the future, a lot of messy compromises end up being made.  In most banks, the head of diversity will at least have been copied in, and often involved, in making judgement calls and policy decisions that seemed more defensible at the time than they might do if they had to be revisited in a courtroom twenty years later.  We wouldn’t be surprised to see a few more heads of diversity flexing their institutional muscle, although hopefully keeping it out of court systems.

It was bound to happen eventually; European banks’ market share in the European investment banking fee pool has fallen below 50%.  This is partly due to the post-coronavirus M&A advisory pool being dominated by a few big deals, but EU banks would not do well to presume everything will get back to normal.  After all, it’s within living memory when the UK merchant banking sector slipped below this threshold in its own backyard and there's been no recovery yet. (Financial News)

The Barclays Qatar deal trials are beginning to get that feeling of a television series that’s gone on too long and keeps recycling plot points in an ever more sensational manner.  Now a senior UK banking lobbyist has resigned after being warned that “wholly inappropriate” comments from emails he wrote back in 2008 were likely to be read out in court. (FT)

Claudio De Sanctis once more reiterates his determination to build Deutsche Bank’s international private bank into a big player.  If UBS makes too many cultural false moves, it’s likely that the former Iqbal Khan lieutenant will be entirely willing to reap the benefit. (Euromoney)

Having gained an extra day’s holiday as a COVID-19 thankyou, Citi employees are being “encouraged” by Mike Corbat to “take a personal day” on June 19th (“Juneteenth”, commemorating African-American emancipation). (Financial News)

Denise Shull, who keeps suing the TV series “Billions” over a character who she claims is based on her hedge fund performance coaching business, has been provoked again by HBO’s wardrobe department. (New York Post)

Names in the frame for the next Credit Suisse chairperson, and a profile of the board member who will need to draw up the shortlist. (Finews)

Career envy is usually something that people warn you against, but it can be a productive force if you channel it constructively. (Harvard Business Review)