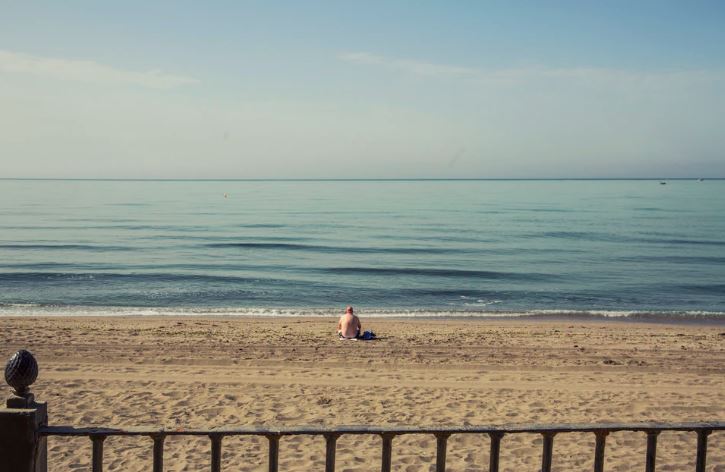 As the cautious return to work continues, banks and their employees are having to think about what kind of risks they are prepared to take.  It’s a process curiously similar to that of calculating a risk budget for a trading desk.  There are some one-off risks which might be worth taking for an outsize potential return, like going into quarantine in order to be allowed to make a billion dollar pitch. Then there are some things that are just strictly forbidden because they’re too risky, like staff canteens and crowded elevators.  But there’s also a whole grey area of normal business, where you kind of know that you’re piling up individual small risks for the sake of minor convenience, and hope that they’re not suddenly going to add up to something that makes you feel very foolish with the benefit of hindsight.

The thing about this particular risk budget is that, unlike on a trading desk, everything that an employee does has the potential to affect the overall coronavirus risk of the whole bank, even when they’re not at work. Therefore, as well as informing employees that strict hygiene rules are still in place, Deutsche Bank’s COO of Germany, Christian Berendes, has found himself having to mention some touchy issues in a memo to staff at Deutsche Bank in Frankfurt as they come back into the office. Berendes writes that DB's returning employees shouldn't be too complacent about “falling infection rates, nice weather, and increasing life on the streets.” Nor should they be tempted into business travel, which is still "verboten." Most importantly, though, Berendes offers caution to Deutsche Bank's German staff thinking of overseas vacations who need to be aware that quarantine measures could be reimposed at any moment.

Deutsche Bank's concern is touching, but it also highlights the issues banks and other employers face in returning to work. In the new world, employers don't just have an interest in what an employee does during working hours - but in what goes on the rest of the time too. If you spend part of your summer in a crowded hotel pool, it could have repercussions. If you go overseas, you could find yourself quarantined upon your return.

In time, this could create all kinds of dilemmas as bankers combine work and domestic risk budgets.  If you do a roadshow in Milan, does that mean that the bank owes you a visit to your family in Stockholm?  Or, will you be expected to cancel a planned holiday in Florida to save up the coronavirus risk credits for a pitch meeting in Chicago?  Will the mystery JPM team in Basingstoke have to make a business case for their sibling’s wedding in Manchester?  Unfortunately, this looks like yet another issue over which bad bosses will make their subordinates lives more unbearable.

Separately, although in a way potentially connected, you might remember that earlier in the year there was a minor two-day kerfuffle over Barclays installing “spyware” on the computers of some product controllers to monitor their keystrokes and see if they were “in the zone”.  This move was reversed by Barclays pretty quickly, but it’s not surprising that with the sudden move to homeworking as a result of the pandemic, the overall surveillance software industry has been going great guns.  Not only that, but according to MIT Tech Review, there’s a company out there with plans to make these products even more horrific.

The idea behind “Enaible” is that you can combine monitoring spyware with machine learning, and get a system which can identify “typical work tasks” and see which employees take the most and least time to do them.  Then the program can give you a “productivity score” based not only on your own output, but the effect you have on coworkers, and management can act accordingly.  According to the company, “the system works best with employees who do a lot of repetitive tasks in places like call centers or customer service departments rather than those in more complex or creative roles”, but that might not stop some banks from trying it.

An important interview with Christiana Riley, Deutsche Bank’s regional CEO of the North American operations.  Although she won’t talk about relations with regulators, Riley says that the U.S. operations are not being starved of resources, and that Deutsche has enough capital to support both the domestic lending franchise and an international bank on the scale it wants to.  The investment bank was even given more capital in April to take advantage of conditions.(FT)

French families, whether juilletiste or aoûtien, are booking holidays.  Mainly domestically in France, but some are also thinking about the Canary Islands and Greece, where the perceived level of coronavirus risk is lower.  Travel agency bookings are still down 65% on the same week last year, but beginning to rise. With luck French banks won't put their foot down. (Les Echos)

Bank of America has reduced the sales targets for some of its Merrill Lynch wealth managers to reflect the fact that stretch goals from pre-coronavirus days are not necessarily realistic as of today. (Financial News)

On a similar theme, Price Waterhouse reduced hours for its consultants across the board because it “didn’t want some people to be working 100% and being paid at 80%”, although some would say the norm is more like working 120% to be paid 100. (AFR)

Two academics who have spent years studying human behaviour on trading floors are sceptical of claims that it’s possible to do it all from home; they think that “social cues and impromptu conversations” are vital (The Conversation)

Ashok Aram has left his job as EMEA regional CEO at Deutsche Bank, apparently with no plans to take another job in the banking industry (Bloomberg)

Photo by Johnny Cohen on Unsplash