Morning Coffee: When business travel with Goldman Sachs was great. The other date when banking layoffs will begin 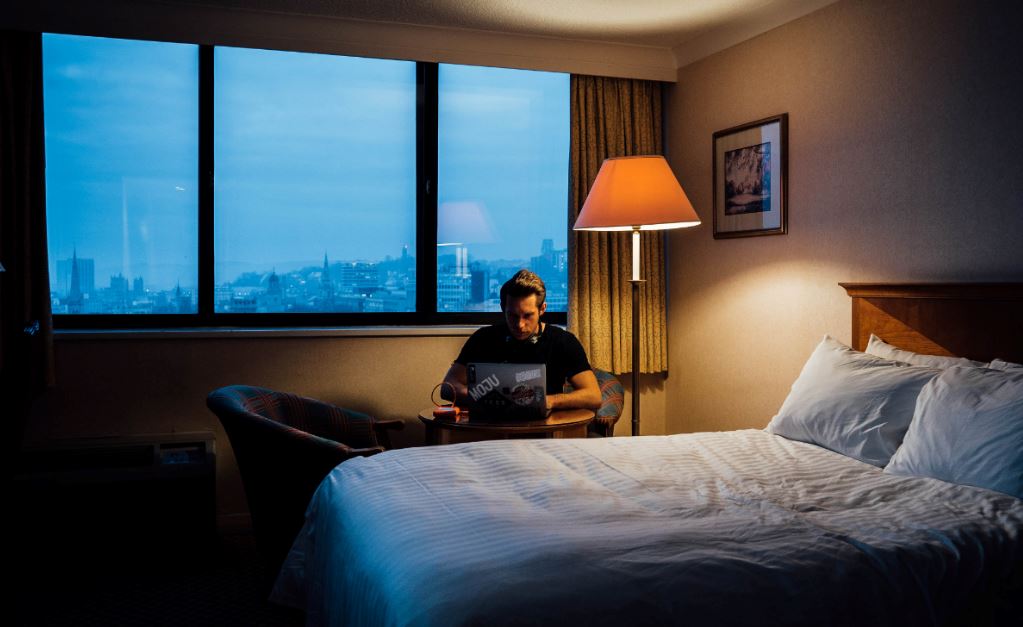 These days, it's unlikely that Goldman Sachs bankers are travelling much. Yes, you can still get on a plane if there's a very important client in - say - Saudi Arabia and when you do you may be the only person on it, but most Goldman bankers are holed up at home, or in their second homes, or in Hawaii (presumably still) if you're Gregg Lemkau, co-head of investment banking at Goldman Sachs, and you were on holiday when the virus broke out.

Business travel is therefore presumably a thing of the past, which were it not for carbon emissions might be considered a shame: according to the reminiscences of one ex-Goldman managing director (MD), it was quite enjoyable.

Emmanuel Derman hasn't worked for Goldman Sachs since 2002, so his recollections might apply to a halcyon era when the tech bubble had only just burst and the financial crisis was pre-conception, but their central tenets hold in any era: business travel and five star hotels are an intensely zen experience.

Derman was travelling to Tokyo and staying in the hotel Okura, whose website now promises a "time full of calm" as soon as you step into the lobby. "One had no worries living in the Okura, despite the daily twelve-hour stints in the office," he recalls. "Left behind were bills, mail, email, chores, hassles, the weight of the world; your belongings were restricted to what you could carry in a garment bag – a few pairs of underwear, some shirts, and two suits."

In Derman's telling business travel amounts to an existence of pared-back simplicity in which work is interspersed with a vegetative/meditative state in exquisite surroundings where everything is done for you. "As soon as one item got dirty you sent it down to the laundry and a day later, or faster if you required, it was lying on your bed in a little straw basket, washed and pressed, every detail taken care of," says Derman. "If you felt like getting into bed in the evening after work and eating grilled cheese and French fries, you just called Room Service." Even better: "All of this seemed to cost nothing because the firm paid for it."

This makes you wonder how bankers used to travelling incessantly are coping with the messy, bitey, screamy, chaotic reality of working from home with pets and children, where you have to make your own food and do your own laundry. If anyone has insights, please let us know at the email address below.

Separately, now that Deutsche Bank has indicated that it will resume its job cuts when the lockdowns are lifted, another bank has also elaborated on what its promise 'not to make layoffs due to the virus' meant exactly.  After announcing plans to make a further €600m to €700m in cost savings during 2020 yesterday, SocGen has reportedly said that it won't make a decision on job cuts until September at the earliest. French bankers can have the summer then, at least. After that, SocGen will "accelerate the transition to simpler products," according to CEO Frédéric Oudéa, which makes it sound like some of the bank's equity derivatives structurers might be surplus to requirement.

UBS is advising that traders go back into offices first. Everyone should wear masks and meetings will still be online. (Financial News)

Banks are still expanding their office space in Shanghai. Bank of America expanded its office space by 20% in the fourth quarter; Nomura has doubled the size of its office and expects headcount to double by 2023; JPMorgan boosted its occupancy of the Shanghai Tower. (Bloomberg)

European M&A will be more complicated in future: the EU is ushering in the first continent-wide rules for screening takeovers on security grounds. (Bloomberg)

Michael Lublinsky, the ex-Brevan Howard portfolio manager who now runs Barclays' macro business, seems to have been a good hire then. (Euromoney)

The Carlyle Group made a $1.2bn loss  which wiped out the accumulated carried interest on three funds and means accrued performance payments across the firm are down 34%. (Financial Times)

Photo by Lewis Parsons on Unsplash