The other reasons you'll be out of the office until 2021, at least 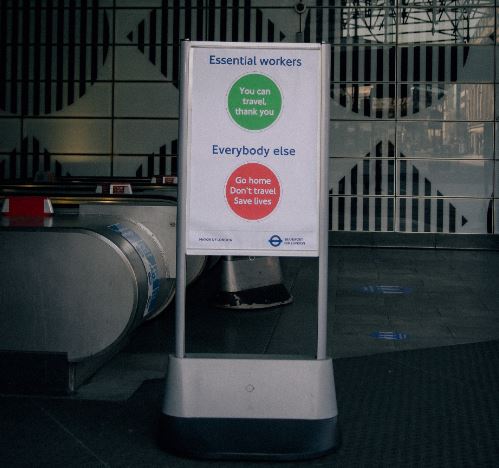 If you thought working from home was a brief pandemic-inspired interlude in your office-life odyssey, it's becoming apparent that this was probably a mistake. Homeworking is likely to continue, and not just because of COVID-19.

JPMorgan, Goldman Sachs and Morgan Stanley are leading the way on the office exodus. Daniel Pinto, head of JPMorgan's investment bank, has reportedly informed analysts at Citi that he can envisage a scenario where employees will work from their homes and the office on a rotational basis in future, and where the bank reduces its office footprint. Goldman Sachs' plan for a phased return of staff to the office only envisages 50% of employees returning at a maximum, and James Gorman has said Morgan Stanley will almost certainly have "much less real estate" from now on.

COVID-19 is part of the issue, but it's also about the other C: cost. In a world where banks will be reviewing "all costs" according to an MD at JPMorgan, maintaining offices that require staff to sit two metres apart will seem a luxury, particularly when employees have proven able to work from home perfectly adequately. At Deutsche Bank, CEO Christian Sewing says "chief transformation officer" Fabrizio Campelli already has real estate in his sights as the bank looks to make savings.

Insiders say most banks are busy categorising employees by function. The "high impact" functions like sales and trading and their support teams can expect to return to offices first. "Depending on what the government does, I expect we will be back in some shape or form by June," says one managing director in sales and trading at HSBC. "But it will be expensive - they will need to make it safe."

Safety will entail everything from social distancing behind perspex screens to frequent fumigation with disinfectant sprays and the installation of antibacterial door handles according to Cleanology, an office cleaning company that works for banks in London. "We're recommending day janitors," says sales director Stephen Lynch. "Companies will need someone to ensure touch points are cleaned, disinfection and hand gels are filled, and that kitchens and reception areas are clear."

Elevators are a bugbear. One consultant in New York says busy high-rise offices will struggle to function at full capacity when staff have to queue to get up and down. In-office productivity is likely to fall at the same time as banks are being "hammered" by additional cleaning costs, he suggests.

There's the question of travel to and from the office. Hedge fund manager Greg Coffey paid for staff Ubers into Mayfair in early March, and JPMorgan has been paying for staff to be driven to its back-up site in Basingstoke, but such generosity is unfeasible in the longterm for all staff. "The real issue is the trains and tubes," says one senior sales trader. "Banks can't pay for thousands of people to travel in," he adds. For the summer at least, he says most people - single young bankers and traders excepted - are more than happy to work from home.

As a result, many people in banking can expect to be out of the office until September 2020, and most likely until early 2021 - by which time the world will have changed and some functions may never come back. Xavier Pujos, former COO for BNP Paribas' fixed income business globally and managing partner of consultancy firm Sionic, says any roles where remote oversight is possible are likely to move to a predominantly work from home model indefinitely. This includes technology, and areas of compliance like trade surveillance.

However, even salespeople and traders may find their return to trading floors sooner is not categorical. One JPMorgan MD charged with thinking about how the business will function in future says all sales and trading roles will need to be "interoperable" and open to remote and office work from now on. This means salespeople and traders may need to be issued with yet more new equipment, he says. "Cost is not the main issue," he adds. "Health and safety and regulatory concerns are the overriding priorities."

Over time, however, costs are likely to weigh more heavily on banks' thinking. Absent a vaccine or effective treatment for the virus, working in offices will be costly and unproductive. Anecdotal evidence already suggests staff work far harder at home. "You don't waste time commuting when you're at home and that commuting time is often spent working," points out Pujos. "It's an opportunity for staff to become more productive and to have a better lifestyle."

One head of sales trading predicts homeworking will facilitate pay cuts. "I think people will take a discount to work from home," he says. "There's no travel time, no season ticket, fewer expenses and more time with families." Indefinite homeworking could therefore enable banks to cut compensation and real estate costs while increasing productivity. For many organisations this combination is likely to prove too seductive to resist.

Photo by Chloe Evans on Unsplash