Morning Coffee: New COVID-19 contracts: 70% cut in pay or 40% cut in hours? Barclays bonus news might not be as bad as it looks 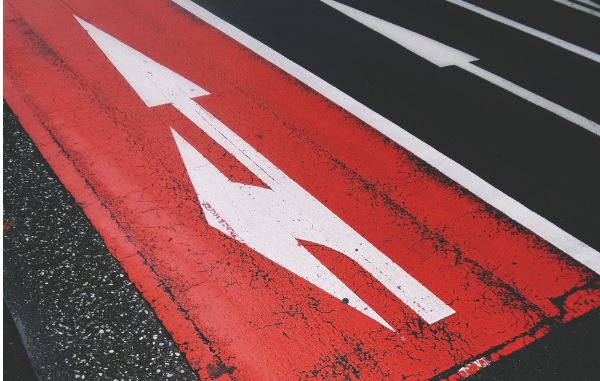 The trouble with making a career in a professional services firm is that they tend to be downstream of everyone.  When M&A advisory hits a speedbump, M&A lawyers’ revenues hit a brick wall.  The corporate finance and advisory practices of accountancy firms tend to be similarly cyclically exposed as they’re usually concentrated in smaller deals and unable to provide financing to push a transaction over the line.  Both law firms and accountants tend to be quite thinly capitalised, and although they have some regular revenue streams, it’s tough to get the audit partners to carry the cost base of more glamorous specialities.  All of which means that these firms are often forced into some quite volatile labour market practices.

For example, UK accountancy firm Grant Thornton has offered its employees the “opportunity” to take a sabbatical until June at 30% of their current pay, or to reduce their hours and salary by 40% until the end of May.  It’s informed the staff that if these two schemes don’t get enough takeup, then it will have to consider using the British government’s “furlough”scheme, which pays 80% of wages for staff that might otherwise have been made redundant.  We don’t want to gainsay the accountants, who have presumably done the arithmetic, but 80% of your pay for no hours looks like a better deal than either of the offers?  Presumably the idea is that career-minded types will “do the sensible thing” rather than sticking around filling in a timesheet with embarrassingly declining billable hours.

Other firms haven’t reacted quite so harshly yet.  Deloitte, where last year’s partnership profit share compared favourably to many investment banks, is offering an unpaid “childcare and dependents” sabbatical, while Mazars is telling its corporate finance team that if they have nothing to do, they can stay home on unpaid leave.  One accountant is quoted as saying that “if my work was disappearing I’d take a sabbatical because then you’re off and your job is safe”, which might be a bit optimistic.

The wealth generation of the previous year, though, is also up for grabs as the professional services firms batten down the hatches.  Allen & Overy are cancelling pay rises and asking partners to contribute more capital, while most of the Big Four accountants and Magic Circle law firms are delaying equity payouts.  This is a real cultural difference between banking and some of its associated professions; although investment bankers and traders might consider themselves to be “aggressive” and throw around phrases like “eat what you kill”, the mild mannered lawyers and accountants actually fill in timesheets saying what work they did and how much money they charged for it, in fifteen minute increments.  You may think that struggles get bloodthirsty over deal credit or the allocation of trading losses, but in a billable hours culture, there’s literally nowhere to hide.  And when you combine that with a capital structure in which the cost base comes directly out of the owners’ pockets, it’s not surprising that when the going gets tough, things get very real indeed.

Elsewhere, Barclays and HSBC employees must be waking up with a similar sinking feeling, after having gone to bed with the news that their banks had agreed to suspend all 2020 dividends and share buybacks.  The regulators’ statement welcoming their “voluntary” gesture also said that the banks are expected “not to pay any cash bonuses to senior staff, including all material risk takers, and is confident that bank boards are already considering and will take any appropriate further actions with regard to the accrual, payment and vesting of variable remuneration over coming months”.

Urk.  But it might not be as bad as it looks – that word “cash” in there is important.  Banks can still award bonuses (and given the apparently extremely strong performance in trading and DCM, they might be well advised to).  All they can't do is to pay cash, and they may have to delay vesting schedules – the way the accounting works, there is only a hit to regulatory capital when the award becomes the irrevocable property of the employee.

Stock compensation therefore won't be affected, nor will payment in CoCos or potentially more complicated schemes linked to sticky assets that the bank wants to shift.  Sometimes, regulatory strain causes bank compensation specialists to get creative, and (as with the legendary Credit Suisse "Partner Asset Facility", which gave MDs all the upside on a portfolio of allegedly “toxic” assets which turned out to be mostly good) sometimes that can be good news.  So bankers won’t necessarily get something you can pay the school fees with, but for the long term greedy, it’s not as bad as it looks.

“These hours are unsustainable — from a management perspective, you’re checking in with your reports on a daily basis, in and around an already insane workload”.  People with supervisory responsibilities are feeling the strain of trying to manage a team remotely, although possibly undermining their claims to sympathy by saying things like “I haven’t worked this hard since I was a junior analyst”.  (Financial News)

On the other hand, for one group of employees – mothers returning from maternity leave – the general switch to teleworking has been an unexpected blessing (Linkedin Pulse)

While divorced families are having to negotiate mutually agreed rules for taking care of kids between two homes. (WSJ)

Apple has, slightly unusually, decided to extend support to contractors as well as regular employees (WSJ)

If you don’t fancy the idea of your true hair colour to show up gradually over a series of videocalls, the FT has advice on how to DIY (FT)

Rather than join the trend to EDM disk jockeying, former star fund manager Anthony Bolton has written an opera (FT)