Morning Coffee: The story behind Goldman Sachs' push to get its people WFH. HSBC highlights the jobs that will thrive in the pandemic 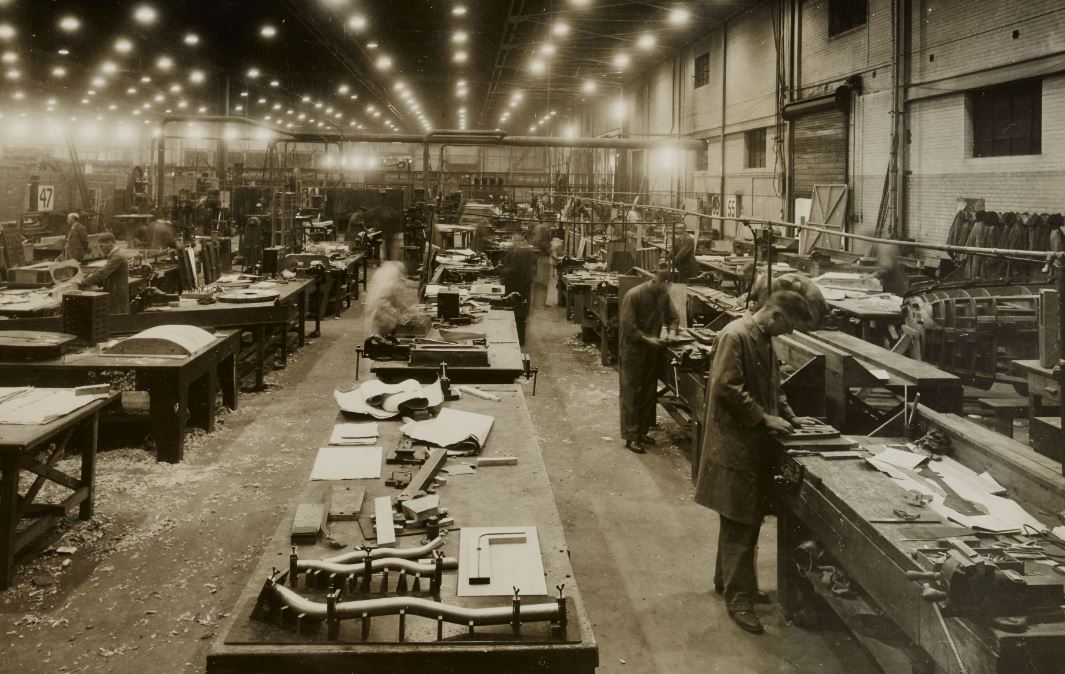 In what counts as a big boast in the current situation, Goldman Sachs seems to be the bank with the highest proportion of its people working from home. The firm has 98% of its staff hanging out in their home offices, compared to 70% overall at JPMorgan (although over 90% in "many" JPM groups that don't include tellers) and "over 90%" at Morgan Stanley, which has a more comparable business model.

In a world where people want to work from home to avoid the virus, that counts for a lot.

Goldman's new CTO Atte Lahtiranta already alluded to the hard work that went into 37,500 people out of Goldman's offices as the pandemic took hold, but Lahtiranta has now given a full blow-by-blow account to Business Insider, and the feat seems even more impressive still.

On 25 February, over two weeks before the WHO declared a pandemic, and when President Trump was saying that the U.S.'s 15 cases at the time would be down to zero "within a couple of days," Goldman began to take action. Orla Dunne, Goldman's London-based global co-head of engineering deployment, runtime and architecture, sent an email suggesting that the firm should start thinking about where it could find equipment for staff if a 'shelter in place' lockdown were imposed.

The firm approached its suppliers and in early March it took ownership of the huge quantities of computer monitors, internet-enabled phones and hard drives that were required for employees to work remotely. These were assembled into work from home kits in huge and impromptu logistics hubs that sprung up at 30 Hudson Street in New Jersey, in what had previously been one of Goldman's Manhattan trading floors at 200 West, and in various other locations across the world. Ultimately, the U.S. effort was aggregated in a data center in New Jersey which usually housed Goldman's enterprise data servers. A process that would usually take years was compressed into a few weeks. "There was a two-week period where nobody slept a wink," said Lahtiranta.

As the effort progressed, Goldman made some interesting calls. In the office, traders and salespeople rely on 'turrets' with preprogrammed keys for dialling-up key contacts. Instead of hard-wiring turrets into employees' homes, as some rival banks have done, Goldman bought licenses for software turrets to save bandwidth on home broadband consumption (Jeff Warren, a Goldman fixed income sales MD, recently complained about the loss of his turret while working from his mother in law's attic, but still.) For its investment bankers, Goldman bought 'softphones' that allow clients to call a single number which is then rerouted among Goldman employees until someone picks up. Zoom was rolled out for virtual meetings; so was Cisco Jabber.

Lahtiranta was at the heart of the effort, despite having only arrived a few months before. So was Dunne, and so was Robert Naccarella, head of enterprise tech operations. As Goldman's production line got going, productivity improved: initially it took four hours to assemble and despatch a kit, but after two weeks Goldman was producing 200 in a day.

"Who knew that we were going to have to kind of become a mini version of Amazon, taking in requests, getting suppliers of all the parts, assembling it, and shipping it out through different methods of transport," said  Naccarella. On 17 March Goldman CEO David Solomon encouraged all of Goldman's employees to work from home if possible. On 20 March, New York Governor Andrew Cuomo imposed a 'shelter in place' order for New York. Remarkably, Goldman was ready. That foresightfulness might have contributed to the 19% return on equity in its markets division in the first quarter.

Separately, if you're looking for jobs that are immune to the depression coming behind the virus, HSBC has some helpful signposts.

The bank yesterday initiated the creation of a 'global restructuring team' to help corporate clients struggling with the coronavirus pandemic, led by Gregory Guyett, co-head of global banking and markets, and Patrick Nolan, global head of corporate banking. Elsewhere in the bank, Dominic Kini, HSBS's European credit strategist, forecast a huge increase in issuance of social and sustainability bonds as a result of the pandemic. Kini expects $125bn of the bonds to be issued this year, up from $66bn in 2019.

Both areas look like a good bet for the post-virus years. Restructuring bankers and debt capital markets bankers focused on social bonds should be assured of work for years to come.

Ashok Varadhan, global co-head of the global markets division at Goldman Sachs: "People are really working their tails off even though people are working from home, I have found that as a consequence of that people are available 24/7, people over communicating certainly relative to how much they've communicated in the past." (Goldman Sachs)

Morgan Stanley boss James Gorman on why people need to be in the office: “I’m still a huge fan of mentoring, bonding and having teams together and the creative surges that come from having people working together.” (Bloomberg)

Last year Google owner Alphabet hired 20,000 people. This year it's already hired 4,000 and was planning to onboard another 16,000. That aspiration has now been put on hold because of the virus: Google CEO Sundar Pichai says the company has been struggling to get equipment to new people and to bring new staff up to speed. (Bloomberg)

The path to this becoming a financial crisis is clear: 'U.S. small businesses, having laid off their staffs, tell their landlords they will not pay rent until the crisis passes. The landlords then tell their bankers they will not make the mortgage payment. Multiply that example by thousands.' (Financial Times)

Schroders chief executive Peter Harrison and chief financial officer Richard Keers are devoting 25% of their salaries to the battle against COVID-19 for the next three months. (Financial News)

Amazon started to build its own testing capacity to monitor employees with virus symptoms. (WSJ)

Bring a goat to your Zoom meeting. (Fast Company)

Photo by Birmingham Museums Trust on Unsplash
Have a confidential story, tip, or comment you’d like to share? Contact: sbutcher@efinancialcareers.com in the first instance. Whatsapp/Signal/Telegram also available. Bear with us if you leave a comment at the bottom of this article: all our comments are moderated by human beings. Sometimes these humans might be asleep, or away from their desks, so it may take a while for your comment to appear. Eventually it will – unless it’s offensive or libelous (in which case it won’t.)