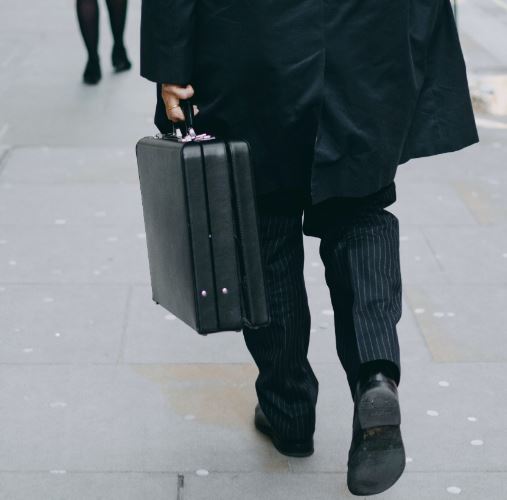 It looks like the professional services firms are going to have to bite the bullet.  Partners’ profit distributions are going to be cut by 20-25% across the Big Four in the U.K.  In the tier below, things are even tougher – after having a conference call last week discussing how it wouldn’t be a good look to take advantage of the government furlough scheme, BDO and Mazars have already decided that it would be a significantly worse look to run out of money.

Accounting firm Grant Thornton had hoped that it might avoid having to take a similar measure by offering a slightly curious menu of sabbatical options, but it looks like their employees were able to use their accountancy training to work out that 80% of your pay for zero hours is a better deal than 60% of your pay for 60% of your hours.  Only 150 of Grant Thornton's employees (out of 4,500) have therefore gone for the latter option; although the GT partners have generously offered to take a pay cut “when we need to”, it now feels like the furlough awaits.

Of course, all these audit firms are partnerships, so it’s hard for them to follow the example of fintechs like Revolut who are encouraging employees to take more stock and less cash in a sort of “2 for 1 sale” giving them £2 ($2.5) of options for every £1 of salary reduction (albeit, possibly, at a valuation close to that in the last funding round, since when the market has moved somewhat).

Some interesting choices appear to have been made regarding who to furlough, though, which might have some implications if banks find themselves in a similar corner (although, of course, so far it appears that the industry is standing out as a bright spot in an otherwise horrid bank results season).  At BDO, the furlough has covered a lot of support staff, apprentices and all the first year trainees.  That makes a certain amount of sense – although trainees aren’t zeroes in revenue-generation terms, they aren’t qualified accountants and need to be supervised in all the bits and pieces that they do.  So they might as well stay home and make sure they pass their exams.  Translated to the banking world, that’s the equivalent of furloughing the analyst class and cancelling the summer internships.

At accounting firm Mazars, however, it’s “teams whose workload has declined” that are being furloughed, after a half-hearted attempt to encourage them to stay at home on unpaid leave if they didn’t have anything to do.  The teams aren’t specified, but we can guess that most of the corporate finance employees will be in that position.  This does have implications for banking – a lot of the reason that the accountants’ corporate finance teams have no work is that there is no due diligence and deal execution jobs for the big banks’ M&A and advisory bankers to give them. Classic corporate finance business has been in an air pocket since the beginning of the pandemic, as everything is on hold and nobody seems to have convinced themselves that they can do things by videoconference yet.  And this isn’t by any means an insignificant cost base.

The UK furlough scheme has a cap of £2,500 ($3,123) per month, so it’s not going to get anywhere near 80% of the basic salary of most bankers, but if the year continues in this way top management are going to feel they have to do something.  Don’t be surprised if various ideas for sabbaticals and part-time working start getting floated around the carpeted offices later in 2020.

Elsewhere, David Solomon is finding out that if you want to make God laugh, tell him your plans – pretty much the moment Goldman Sachs’ new strategy was announced, the “stable, high quality” earnings lines he wanted to get into, like asset management and consumer finance, took the hit from coronavirus and went into deep loss.  Meanwhile, the bad old volatile and risky trading businesses that weren’t meant to be such a big part of the “new Goldman” had one of the best quarters on record and saved the day.  Solomon remains undaunted, though.  “The strategic direction we laid out for the firm remains no less compelling”, and Goldman intends to accelerate investments in things like transaction banking.  Indeed, if any investment spending is going to be delayed, it will be in the platform upgrades for the existing business.  Brave call.

“We’re all learning to virtually simulate the chemistry and comfort level you develop with someone you meet in person”.  Although only “strategic and critical” searches are being launched, one headhunter has already managed to get a candidate from first meeting to contract signing, all through videoconferencing. You no longer have to sneak out of the office for the interview, I suppose. (Finews)

Pandemic or not, some of Wall Street’s biggest franchises are pot-committed to their big bet on China. David Chin of UBS, Wei Sun Christianson of Morgan Stanley and Todd Leland of Goldman Sachs are all profiled as they get ready to attack a fee pool that is expected to triple in the next few years, but which has been a bit of a graveyard of ambition in the past. (Bloomberg)

After a stellar quarter, JP Morgan, which is quite unlikely to be paying traders anywhere near commensurate with the Q1 windfall revenues, has a real expectations management problem. (Euromoney)

Should people who have had the virus be recruited (or even conscripted) into a “CoronaCorps” army of front line volunteers to take advantage of their immunity? (Wired)

Conversely, how much privacy would you be prepared to give up in order to be allowed back to work?  (Bear in mind that a blood sample taken for an antibody test might have other things in it, and you can’t necessarily guarantee that your employer won’t test for other things it doesn’t want to find in your bloodstream) (AP News)

The advisory market is a bit weak, but (possibly relatedly as the bankers have spare time) the related personnel market is still lively.  Moelis have hired Mark Renton from Lazard, to join new hire Dennis Cornell on their oil & gas team (Reuters)

Photo by Craig Whitehead on Unsplash