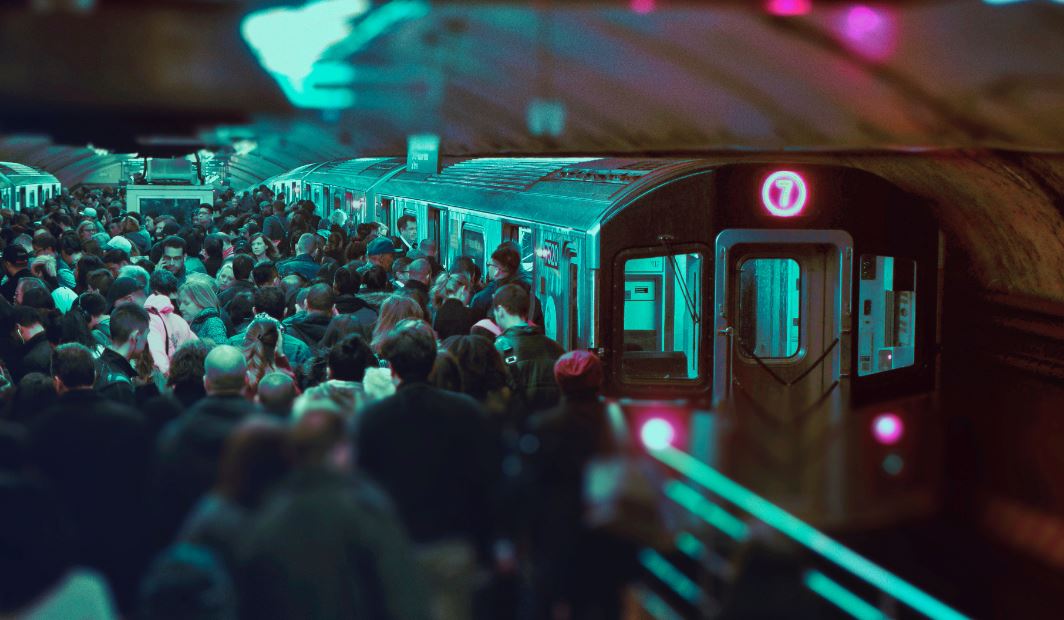 It took a while, but New York is catching up with the rest of the world. As the coronavirus fans out from Westchester County, finance professionals are starting to take the threat very seriously indeed.

"People are freaking," says one portfolio manager. "Schools are being shutdown and people are increasingly avoiding the metro. Traffic on the streets seems much heavier than usual."

"Everyone is shifting their meetings, it's unprecedented," says another asset management professional. "It feels kind of post-apocalyptic with business continuity plans being implemented everywhere."

As of today, only 19 people in New York City have been diagnosed with the virus. However, there are 98 positive cases in Westchester County, seemingly sparked by the 50 year-old lawyer, Lawrence Garbuz, who is currently in a critical condition in an intensive care unit at the New York-Presbyterian/Columbia Medical Center. Garbuz reportedly commuted in and out of Manhattan on the Metro North railroad from his home town, La Rochelle, which now has a cluster of cases. The New Haven line, which goes through New Rochelle, is a key travel route to Greenwich Connecticut, home of hedge funds and the asset management industry - and where an employee at hedge fund Point72 was diagnosed with the virus this morning.

"A ton of people live in Westchester and use that line to commute," says one buy-side professional. "Everyone's talking about it and no one wants to travel on it." Even so, he says he's been commuting in and out on Metro North while wearing latex gloves. Unlike in Singapore, the U.S. government doesn't provide a detailed breakdown of the location and movements of virus sufferers, leaving concerned New Yorkers to guess at what to avoid. "They're not saying to us that X person has been on Metro North five times the past five days, it's just what we're thinking," says the same buy-side professional, who works in Manhattan.

For others in NYC, the crisis has suddenly been brought home by Westchester school closures. "Half the private schools are shut here now. I think it's kind of ridiculous," says the hedge fund portfolio manager. Another hedge fund employee said he's working from his home office with his children in a nearby room.

Just as banks have been implementing contingency plans and moving cohorts of employees to remote locations (unfortunately, in Westchester, for Morgan Stanley), so buy-side firms have been doing the same. BlackRock, which today reported a case at its office on 40 East 52nd Street, is understood to have cancelled most client site visits and says it has limited business travel to "essential trips only." Neuberger Berman is said to have split its teams into pods, with one pod in the office and another working from home. Some firms are simply preparing to limit employees' movement between floors so that if one floor ends up infected, others can still operate.

New Yorkers who fear they've contracted the virus are advised to call the Coronavirus hotline on 1-888-364-3065. One buy-side professional said he'd already called his 'concierge doctor' for advice on the outbreak. "I was told, 'The horse is out of the barn and you're probably going to get it unless you're a true hermit. But there no true hermits in NYC,'" he says.

Photo by Victor Rodriguez on Unsplash