Morning Coffee: This week's most important meeting in banking. Career-defining market moves with your kids in the next room 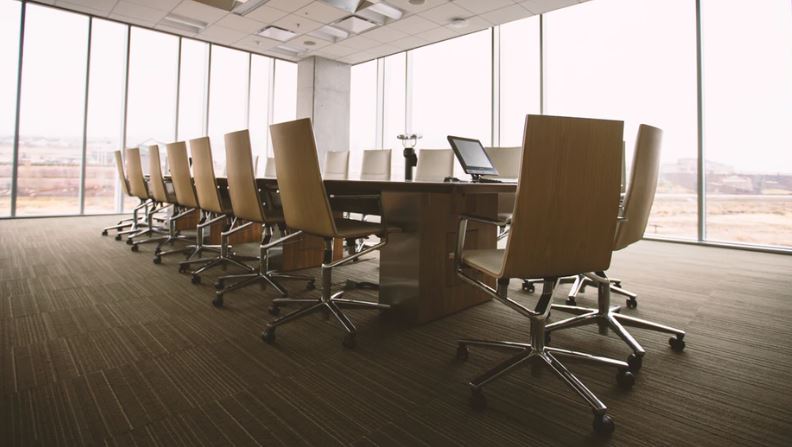 While meetings everywhere are being cancelled, there is one face to face encounter that will go ahead this week irrespective of the virus: senior bankers from JPMorgan, Bank of America, Citi and Goldman Sachs and three other major banks have been called to the White House for a meeting at 3pm ET on Wednesday. It's the kind of thing that can't go ahead on a video call. And after yesterday, it's a little too reminiscent of the 2008 financial crisis.

As the New York Times recalls, in October 2008 nine bank leaders were summoned to Washington and informed they would need to accept $125bn in funds as the state began bailing out the banking system. Similarly, as Lehman went down a month earlier, CEOs from Goldman Sachs Merrill Lynch, Morgan Stanley, JPMorgan , Citigroup, Credit Suisse met with the government to discuss a 'solution.' "We went into the weekend knowing it was very dark," commented one government official afterwards. Merrill Lynch was subsequently subsumed by Bank of America and Lehman disappeared into Barclays.  Meetings between governments and banks in times of crisis are necessary, but this doesn't make them a good omen.

So, what will happen at Wednesday's meeting, which will be attended by ex-Goldman Sachs banker turned Treasury secretary Steve Mnuchin and Donald Trump, among others? It's simply being posited as a 'discussion'. The Washington Post, which broke the story, said the agenda is not clear. Likely discussion points include the provision bridging loans to help individuals and businesses through a virus-provoked downturn.

While this sounds important, it doesn't sound on a par with 2008 and indeed there are reasons for optimism. Markets recovered slightly overnight. Ex-Goldman Sachs CEO Lloyd Blankfein tweeted yesterday that the market is being driven lower by fear but will bounce back when the virus threat recedes. The fundamentals are strong said Blankfein: banks are better capitalized than during the crisis, the economy is strong, and the financial system is less leveraged; there is no need for the market rout to become a systemic crisis. The Wall Street Journal quotes the Financial Stability Board, which says banks today are less than half as leveraged as they were in 2008.

And yet, banks' share prices globally have been plummeting. In France, Crédit Agricole and BNP Paribas fell 12% on worries about their exposure to Italy. JPMorgan was down 14% yesterday, its worse decline since March 2009. Bank of America declined 15%, Citi 16%, Goldman 10%, Morgan Stanley 10%. Deutsche Bank fell 17% to its lowest level ever. Something is not right.

That something is the virus, but it's also corporate debt and the viral feedback loop. The New York Times points out that outstanding leveraged loans are currently valued at $1.2 trillion, roughly twice the level of 2007. Additionally, high yield corporate debt now totals $3 trillion. In the last financial crisis, subprime mortgages were 'just' $1.3 trillion.

Leveraged loans and high yield corporate debt were already looking vulnerable and worries about the virus and yesterday's oil price fall make them seem shakier still. Heavily indebted U.S. shale oil companies comprise around 11% of the U.S. high yield bond market. Investment grade debt isn't a source of comfort either: Guggenheim Partners estimates that as much as $1 trillion of investment-grade debt could soon be downgraded to junk, which would prompt a sell-off from mutual funds forbidden from holding junk bonds. Nor does it help that this crisis seems to have its own version of 'mark to market' in the form of a new accounting standard called 'current expected credit losses,' which took hold this year and forces banks to value loans over their lifetimes, thereby magnifying the pain in a worsening situation.

All of this means Wednesday's meeting is likely to be 'interesting.' Jamie Dimon won't be in attendance after last week's operation: head of consumer and community banking Gordon Smith will attend in his place. As a stalwart of 2008, Dimon's presence will be missed both at this meeting and the others which seem likely to follow.

Separately, minds were blown yesterday - all the more so because some people were coping with the biggest one day move in Treasury yields for decades and the biggest drop in the oil price since 1991, whilst working from home.

Bloomberg spoke to traders in Asia who said variously that it was "shocking", "historical," and "awe-inspiring."  one said: "We are witnessing once-in-a-career type moves." Kirby Wang, managing director at Beijing Haihuiyuan Investment Co, told Bloomberg he'd been working from home for four weeks and was also tasked with teaching his children poetry after their classes moved on line.Luke Hickmore, a money manager at Aberdeen Standard Investments, said he was working at home with his dog, which licked his cheek while markets plunged...

An employee at Deutsche Bank in Frankfurt has tested positive for the virus. Starting from today, through to March 27th, the bank is splitting trading teams and moving some people to a back-up site. (Bloomberg)

Yesterday was the first time the New York circuit breaker was triggered since it was introduced in 2013. (Financial Times)

A more troubling sign for markets will be if asset managers start “gating” their funds, preventing investors from selling their holdings. (Financial Times)

The U.S. Financial Industry Regulatory Authority has agreed to give firms more flexibility in supervising employees working remotely and in relocating personnel to temporary locations. (Bloomberg)

JPMorgan is cutting 140 jobs in Switzerland as its shifts roles to cheaper places. (Reuters)

Bank of America is asking clients for virus contingency plans as it considers which IPOs to underwrite. (Reuters)

Goldman Sachs named Michael Daffey as global markets chairman on Monday. His remit is to strengthen key client relationships as the bank tries to remodel its trading business in Europe after Brexit. (Reuters)

Students are rushing to study quantitative finance in the hope of earning $90k to $120k working for hedge funds. (Financial Times)