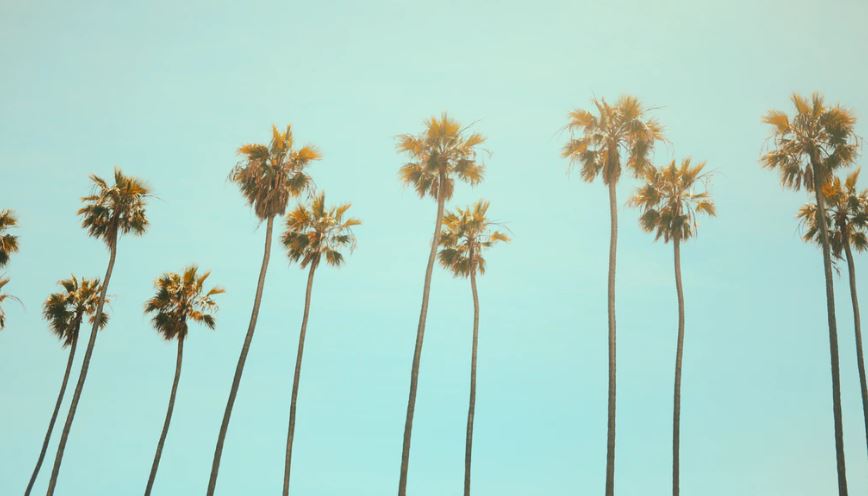 Goldman Sachs likes to boast about its ability to attract top technology talent externally these days and it’s just validated that boast with another notable hire with a top technology background.

Dylan Casey joined Goldman as chief product officer in the engineering division in January, according to his LinkedIn profile. Casey’s Twitter feed, shown below, suggests that he turned up two weeks ago. 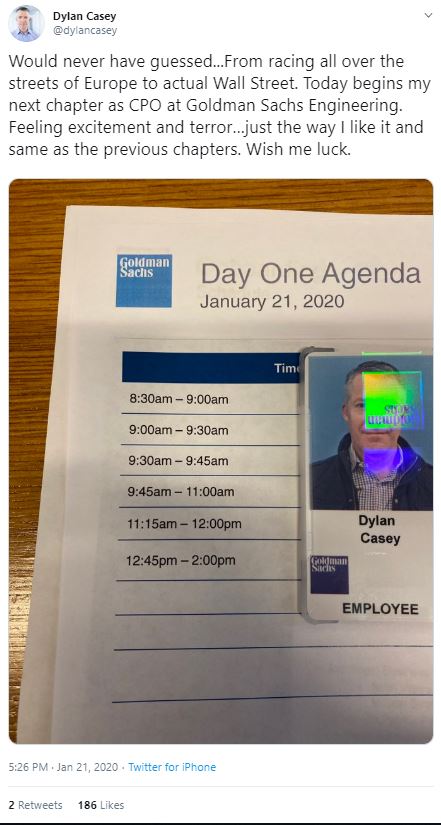 Casey, who is a retired professional cyclist, has a storied background in Silicon Valley. He worked at Google for nearly nine years until 2011 and ran various initiatives, not all of which are still in existence, including the ‘Google Bar’ and a team to drive engagement and growth on the new defunct Google+ platform. Since 2011 he’s worked for Yahoo and various smaller tech companies, including, mostly recently WEDŪ, a community of endurance athletes which he founded. He will be based in Goldman’s Menlo Park office, which is famous for wooing engineers with free flowing kombucha.

Casey is far from Goldman’s only hire with a technology background. Insiders in the firm’s London tech team told us there’s a regular exchange of talent between Goldman and Facebook or Google, and that Goldman is seen as the more appealing place to work because – although the technology can be less interesting – the culture is better and the hours more flexible.

Not all ex-tech people stay at Goldman though. Michael Cerda, the former chief product officer for Marcus, Goldman’s retail bank, left for Disney after two years. Cerda joined from Facebook.

Anyone aspiring to work for Casey at Menlo Park can get a measure of his interests from his Instagram account. There’s a lot of sport. And a lot of measuring of his resting heart rate, and tracking of the amount of time spent asleep. The latter could be a problem at GS, although the engineering team is thought to work shorter hours than the rest of the firm.