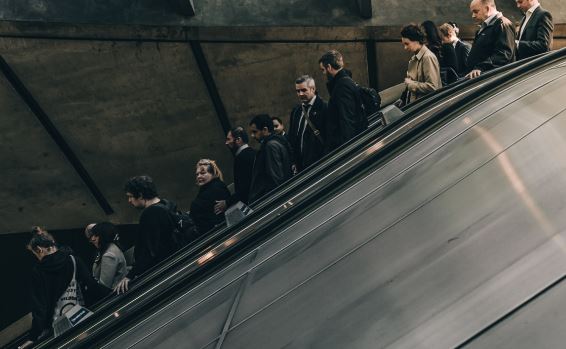 Are banking careers a terrible way to make a living? Much has been written on this site both of the disadvantages (80+ hour weeks, the risk of being prematurely ‘retired’, the lure of the hedonistic treadmill), and of the advantages (the big pay). If you have other options you might want to at least consider them.

Mikhail Fridman is someone with many options. Although he doesn’t disparage banking particularly, he seemed to have the industry in mind when he spoke to Bloomberg of his friends from Yale who, “are 23 years old now and who earn $80,000 to $100,000 working 16 hours a day.” This kind of thing is for suckers, suggested Fridman: “You can earn more money, and in a more clever way.”

Fridman, naturally, seems to be earning more money in a cleverer way as an entrepreneur. He runs a retail distribution company with $405k in revenues, plus an online marketing platform, plus a firm that supplies hookah products to restaurants. Oh, and his father – Russia’s 11th richest person is worth $14bn.

As is invariably the way with these things, Fridman Trumpishly insists that his entrepreneurial success is entirely his own doing (conveniently overlooking the fact that the products he distributes go into his father’s shops). But his opinions on salaried labour, however remunerative, are reflective of banking’s lowly position at the very top of prestige hierarchy. As the 19th century sociologist Thorstein Veblen observed, conspicuous leisure has cachet. And a banking career only allows for short and intense windows of it.  Although there are signs that very long working hours have their own particular prestige among those in ‘meritocratic’ industries like finance, there’s also evidence that the very highest earners of all are still rentiers: ultimately it’s all about generating a self-sustaining income without much additional effort. If you can do this, why work until 2am and on Sunday afternoons?

In fairness, this seems to be Goldman Sachs’ plan for the firm as a whole under David Solomon as the bank shifts to platform businesses with low “marginal margins.”  But it won’t absolve individuals in Goldman’s advisory team from working long hours in what is fundamentally a labour intensive role. Fridman, who is foregoing his place studying business at NYU Stern for a gap year to pursue the ‘clever money,’ seems to have figured this out. – But then Fridman already has other options. Salaried jobs in demanding, meritocratic industries like banking are for the mere middle classes, who don’t.

In an article full of allegations by unnamed inside sources and emphatic denials by Credit Suisse, Bloomberg claims that Rohner – who hired Thiam, is now plotting to get rid of him and has prepared a list of potential successors. At the same time, though, Rohner himself is being urged to vacate his seat by Credit Suisse shareholders.

The apparent battle, spurred by accusations of spying on various people during Thiam’s time at the top, promises to make for an interesting year in 2020. Thiam’s bankers and traders, many of whom were resistant to Thiam at first, might feel apprehensive about his possible departure. – Although Thiam has expanded the wealth management business and shrunk global markets, he’s also resisted shrinking either markets or banking further despite some fairly difficult quarters.

The bonus poll in Credit Suisse's investment bank will be the same as last year. (Financial Times)

Credit Suisse is accused of spying on Greenpeace. (Reuters)

Forget the coronavirus. Goldman Sachs said last week that it sees a $100bn revenue pool in China by the mid 2020s. (Yahoo)

If you’re a member of the British elite you now pretend to have normal leisure habits like watching TV, watching football and hanging with the family, instead of hunting and fishing. (The Times)

Despite attending Burning Man and seeming to be very woke, Ray Dalio still appears to be very bossy at Bridgewater. (WSJ)

Google has got a secret team learning how to write quantum algorithms for quantum computers. (Wired)

Photo by Ryan Tang on Unsplash