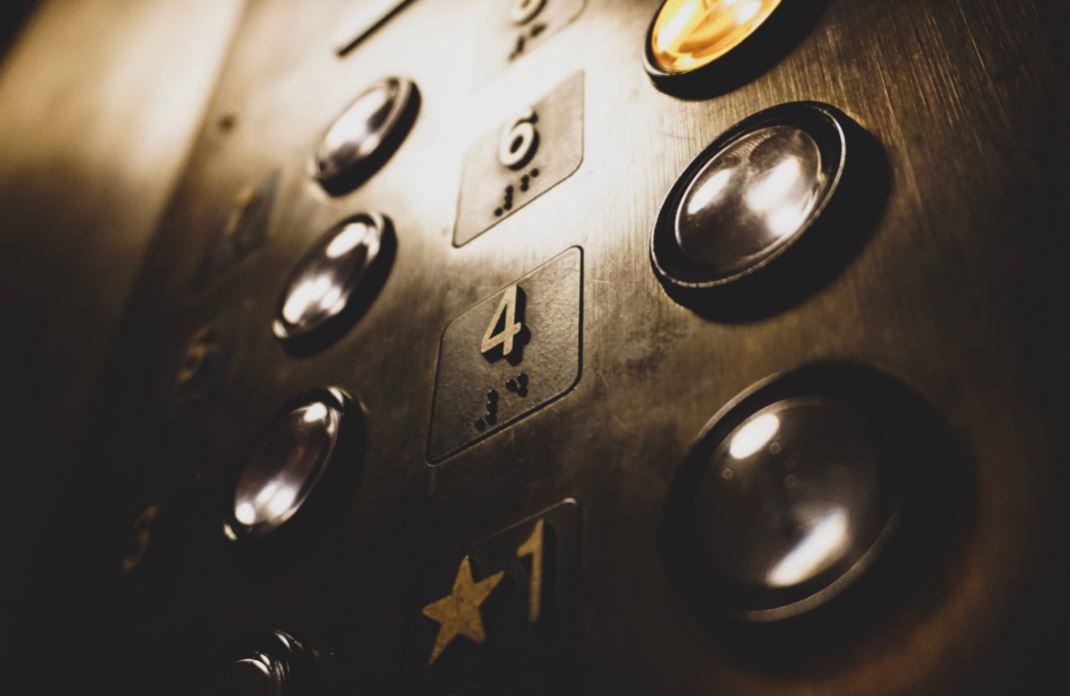 What does it take to be excused from working on pitchbook updates when you're a junior in an investment banking division? Not, it seems, being stuck between floors in a faulty elevator in 383 Madison Avenue.

An email apparently sent last week by a junior on JPMorgan's U.S. diversified industrials team and published on the banking memes Instagram channel 'Litquidity' has been circulating in the City and New York. Shown below, it suggests that even juniors stuck in elevators are expected to keep dealing with comments and updates requested by seniors. 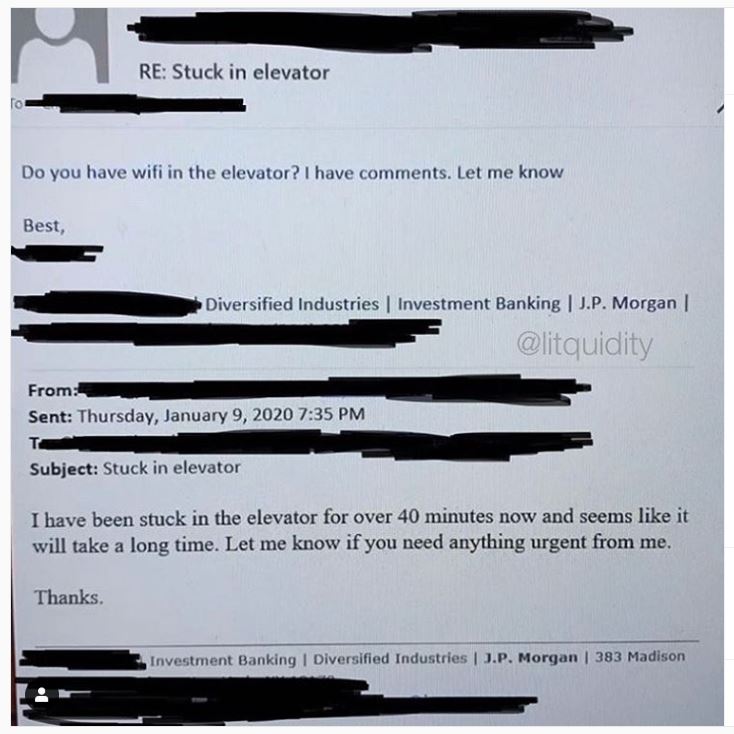 Most banks have been trying to automate pitchbook construction, and to make pitchbooks shorter than before - 30 pages rather than 100 is the new norm. JPMorgan is no exception. It founded a team to 'digitize dealmaking' under ex-DCM banker Huw Richards two years ago. Richards, who has said he wants to move away from pitchbooks in favaour of data and insights on how past deals performed, already has 40+ people in his analytics team. However, they don't yet seem to be an alternative to tweaks made by human beings.

Photo by Jason Dent on Unsplash