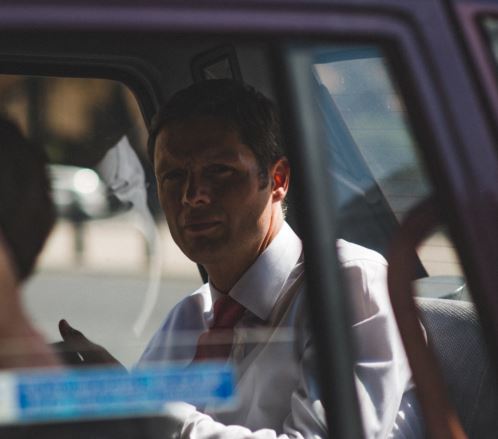 If you work in an investment banking division on M&A deals for a major investment bank, you can expect to put in long hours. As we reported yesterday, the average across 33 major institutions is 73 hours a week - more at boutique firms with fewer employees.

There's some debate, however, as to whether this kind of hard grind continues throughout your career or stops when you make managing director and switch to overseeing the execution of M&A deals and originating new ones, instead of staying up all night working on the minutiae of pitchbooks and financial models. Recent attempts to track the activities of senior M&A bankers as they fly around the world meeting clients (HSBC), or to specify a minimum number of meetings that bankers must have (UBS) suggest doubts as to what senior bankers are really up to when they leave the office.

The ideal if you're a senior M&A banker is to have a few, regular, major clients who trust you implicitly and who do a few regular enormous deals which generate you major fees. That way, you don't have to spend all your time travelling around trying to find new clients and you theoretically get a bit of time off between deals. A new league table of senior European M&A bankers created by MergerLinks and published in Financial News suggests there's a way to achieve this sort of lifestyle: set up your own boutique.

MergerLinks league suggests London's top boutique-running M&A bankers simply worked on a few mega-deals last year, while many of their colleagues at major investment banks ran around working on deal after deal after deal. James Robinson at JPMorgan Cazenove has long been a deal-machine and last year worked on five deals worth an average of £2.4bn ($3.1bn) each. Nick Harper at Goldman Sachs worked on six, each worth an average of £3.3bn.

By comparison, the more leisured sorts of M&A bankers at boutiques worked on a single major deal for big fees. Take Michael and Yoel Zaoui at Zaoui & Co who both busied themselves with one big deal worth £23bn, or Simon Robey at Robey Warshaw who worked on two deals, each worth £27bn. Even if you're not the sole advisor, such things can be lucrative: Robey Warshaw's highest paid partner earned £12m in the year to March 2019 and has earned £100m since leaving Morgan Stanley in 2012.

As banks globally battle for smaller and less lucrative deals in the mid-market, it's worth remembering why they stayed out of the mid-market in the first place. - Why compete relentlessly for crumbs when you can sit back and have the occasional three course meal?

Separately, if you're a developer - either in banking or elsewhere - and you're wondering why your pay isn't rising any more it might be because you've been doing it too long. Silicon Valley-based writer Chip Huyen has analyzed available pay data for 19,000 technology workers and found that average compensation starts at around $160k and reaches around $500k. She concluded, too, that after 15 years there's no correlation between experience and income. "After 15 years of experience, you either retire, switch to management, or change career," she says.

Daniel Pinto says he's helped stabilize JPMorgan's presence in Europe ("I think the company benefited from having an operating committee member based locally who could guard against overreacting to events") and that he approaches everything with the mindset of a trader ("As a trader you learn to make decisions with incomplete information. You will never have a perfect picture – no one does – so you learn to take a risk, and adjust your decision as more information becomes available. I apply that philosophy to everything I do.") None of his three children seem to want to go into banking. (Financial News)

1,000 EU financial services firms want to open offices in London after Brexit. They include 228 firms from Ireland, 170 from France, and 149 from Germany. (Reuters)

After relocating its headquarters to Nashville, Alliance Bernstein wants to hire another 200 people there. - Up from 1,050 right now. (Tennessean)

Goldman Sachs wants to grow in South Africa. It's got approval to operate as a bank in the country and has became a member of the Johannesburg Stock Exchange’s interest-rate and currency-derivatives market. (Bloomberg)

Bankers accused of being involved in the Cum-Ex scandal received €29m in bonuses. (Handlesblatt)

Ex-HSBC banker Spencer Lake is trying to raise up to £125m for a fintech fund. (Financial News)

Photo by Thomas Charters on Unsplash