I was a technology analyst at Goldman Sachs. This is what it was like there

We spoke to Richard Gray, a former technology analyst at Goldman Sachs (July 2015 to February 2017). Gray quit Goldman to work in the start-up sector, and has now set up Unitely, a company that helps start-ups create software products. Unitely is also developing its own product, which will use machine learning to predict the success of start-ups and help investors screen and choose startups to invest in.

This is what Gray says about starting your technology career at Goldman Sachs (and in banking in general)...

Would you say banking is an interesting environment for young technologists?

I think it depends on what someone is looking for in their career. If someone wants to work on the latest technologies, then a large, corporate investment bank might not be the place, as it can be rare to find interesting projects to work on. I would however say that the exposure you get and the network that you can create working in banking does make it interesting.

Did you work on anything cutting-edge at Goldman?

I worked on some interesting projects, including an FX trade tracking application, but I would say that the majority of the projects were not cutting-edge. The jobs that involve new, cutting-edge technology are pretty scarce at companies like Goldman. Much of the software is made up of large legacy applications and most of the technical roles involve working on the technologies that those applications were built with.

So what kinds of technologists are banking jobs suited to?

I'd say that banking tech jobs are most suited to those who care more about advancing their career and building their network, rather than having opportunities to work on new things.

Money is also a factor. These roles often attract people more motivated by the salary, rather than those who care about the kind of projects they will get to work on.

If you want to advance your career in banking tech, you'll need to be good at politics and networking. With good people skills , you will advance ahead of those who are only strong technically. Temperamentally, it also helps to be risk averse and to like the comfort and security of a solid company like Goldman. You also have to be very patient, as it takes time to progress.

I would say they do. Banks are often constrained by bureaucracy and politics, which can make it difficult for them to quickly adapt the workplace and conditions in a way that makes it an appealing place to stay for new technologists. Also, the culture is very formal, which can limit the ability to be creative and innovative.

Around 15 - 20% of my class had left by the time I did. Most of those started to leave after the one year mark.

Why did you leave? Do you have any regrets?

As already mentioned, it takes a long time to progress in a bank like Goldman and each level has a set minimum time frame around it. This was one of the things that put me off staying and I think it is the same for others who want the opportunity to progress fast and at their own pace.

I did also want the opportunity to work on products that I found interesting and build new products from scratch, which is quite a rare opportunity in a large corporation. I eventually wanted to start my own company, so I felt that the best move for me would be to get some experience in a startup.

I have no regrets about leaving. I now have the experience that I was looking for and I have started my own company, which was the goal when I left. I also do not regret working there. I improved my technical skills and I had the opportunity to create a valuable network, which I am still leveraging today.

What could banks do to help retain people?

It would be really cool if more banks could follow what some are doing here in Norway, like Danske Bank and DNB and invest more in new, disruptive innovation projects. By leveraging the power of startups and creating internal incubator environments for innovation projects, banks can create a cool and exciting environment for employees, with opportunities to work on new products and technologies. They could also benefit financially from the kind of disruptive products that can be created in this kind of environment and set themselves apart from their competitors. An example of a successful project like this was The Hub, which was managed by Grundr and is one of Danske Bank’s initiatives towards startups and innovation in Norway.

I don’t think so. I think for most technologists they just want to work on exciting, challenging projects and also to work with new technologies. This can be offered in all tech sectors. It is also quite rare for people to land exciting tech roles, working with products that they have a personal interest in. Having said that, it obviously helps if someone has an interest in finance and they would probably be more likely to stay longer than someone who joins for other reasons. 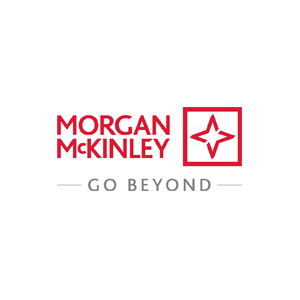 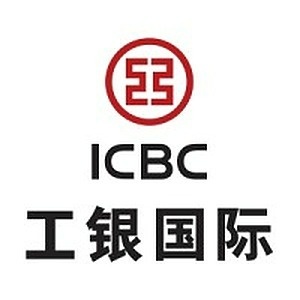