Moving from the back office to the front office in investment banking: what it takes now

Moving from the routine of a back office banking role into the ‘glamour’ of the front office seems like a pre-crisis dream. What was once a hard slog for legions of accountants and operations professionals, now appears a near-impossibility, but the appetite is stronger than ever.

The career plans of most back office employees resemble the business plan of the South Park underpants gnomes – stage one is collecting underpants, stage three is to make big profits, but stage two remains a big blank.

“The problem is most people simply don’t know what steps to take,” says one investment banking headhunter. The end game is a front office job, the starting point is getting your foot into financial services through the back office, but how to make this a reality remains a mystery for most. This, according to finance professionals and recruiters, is what you need to do now.

The logic here is that you’re a proven entity to your current employer and enough persistence and internal networking could result in a switch to the front office. Recruiters and search firms are unlikely to consider you, particularly in the current market when they’re having to prove their value to employers by sourcing hard to find candidates perfect for the role.

Even this, though, is not a simple equation. If operations wasn’t a glamorous vocation years ago, the disconnect from major financial centres to nearshore locations has made it even more difficult to gain the attention of front office managers. What’s more, the high turnover in the back office means that internal wrangling can ensue.

“The sales and trading division of the firm had enquired about me on multiple occasions,” says one operations professional. “After communicating my intentions to my front office contacts they were keen to help me and enquired about this with my managers. However, my managers essentially blocked my move by giving very average feedback about me and rated me very low in the quantitative rankings that came shortly after.”

It helps, therefore, to be close to the business division you want to end up in. As we mentioned previously, trading assistant to trader is a popular career switch currently. Another recent example of this includes Jamie Hartley, an equity derivatives trade services professional at Deutsche Bank who moved into an ETF trader role.

2. Switch into a boutique

“If you’ve got an ACA and are working in a product control role in a large investment bank, a front office role isn’t usually an option internally,” he says. “But if you’ve got good experience understand PnLs, the financials and more technical elements, boutiques are keen to hear from you.”

This is largely at the junior end, where the skills shortage at analyst and associate level has forced banks to expand the scope of their search, he says.

If you’ve got a few years front office experience under your belt, the chances are that your technical knowledge is not the thing you’re going to be quizzed on the most. Making a transition from the back office, however, means that interviews will test every element of your know-how.

“You have to do a lot of research before any interview,” says Pringle. “Candidates should think of it as an exam, more than an interview, and cram beforehand.”

Bankers we spoke to argue that qualifications are “non-existent” for most people in the front office, but increasingly necessary for those trying to switch from the back office to add validity to their application.

“When attending interviews for front office roles very often technical questions are asked that can only be learnt at university, acquired through personal research or by completing a qualification,” says one operations professional. “Given the sheer volume of professionals looking to make similar moves from back office to the front office the CFA can really help a candidate stand out from the crowd.”

Realistically, no one will take a punt on an operations professional with more than five years’ experience. Making the transition into what is a rigid hierarchy – analyst to associate to VP etc – is hard enough, but also accept that you’ll have to take a step back.

“You should accept that in terms of experience you’ll be retreating by 18 months to two years,” says Pringle. “Recruiters want to see evidence of technical skills and an ability to interact with clients. This is what will set you apart from junior bankers who have been doing the day to day.”

If breaking out of the hierarchical structure of investment banking is proving too challenging for disgruntled back office, try switching across to the buy-side. Private equity firms and asset management companies are much more responsive to the idea of their employees changing roles, according to recruiters and those who made the move.

“Back office roles in private equity aren’t exactly sexy to qualified accountants, but even though you’re not originating or modelling, you’re given exposure to the whole deal and gain an understanding of how it works,” says Pringle. “It’s a much more common move than in banking.”

One operations professional who has recently left a large US investment bank says that he’s been forced to step out of the sell-side for an asset manager.

“A move on the buy-side will always be easier as there are far less people at an asset manager or hedge fund compared to a large investment bank and this allows for more close contact and networking within a more diverse role, rather than being siloed to a particular function,” he says. “Of course, every company is different however I made sure to gauge to attitude of all managers regarding internal mobility during my interviews – interviews work both ways.” 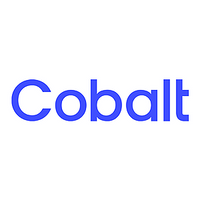