The financial services contract recruitment market has improved over the past few months, but rates are still being crushed by some investment banks who view temporary hires as an easy way to cut costs. However, some roles have no such worries – they’re paying a minimum of £1,000 a day.

So, how can you secure a role that will pay at least £340k a year (assuming a mandatory 25 days a year holiday)? These, according to recruiters, are the jobs you should be wanting to do on a contract basis right now.

Remember those enormous day rates offered to Solvency II specialists by insurance companies, which were suddenly curtailed as the deadline approached? They’re back. According to recruiters, roles offering £1,000-1,200 a day are back on the table, following multiple extensions of the deadline to implement the capital adequacy regulation for European insurers.

“You need to be a project manager leading a team of four to five people to get the top rates,” says Paul Walsh, CEO of actuarial recruiters Acumen Resources.

If you make it to the top of the tree, being drafted in by financial services organisations to deal with their compensation and benefits structure, expect the rewards to be great. These roles pay up to £1,250 a day, according to Robert Walters.

“This is a role in HR that has traditionally commanded a premium because of its technical complexity,” says Peter Milne, director of financial services recruitment at Robert Walters. “Ultimately, the ability to correctly benchmark salaries, bonuses and other benefits is critical to attracting the right quality of professional staff.”

Irish banks have been employing specialists to work through and maximise the value of underwater property loans on a contract basis for years, but now hedge funds and private equity firms are getting in on the act in the UK. According to recruiters Interim Partners, which specialises in senior contract roles in the financial sector, senior bankers are being paid up to £2,000 a day to manage and restructure distressed loans being offloaded by the banks.

Change management remains a hot area for contractors, but if you really want to bring in the big bucks, it helps to focus on banking operations. In the current climate, this is all about efficiency – offshoring, nearshoring and better processes – but leading a change management programme can be very lucrative. Roles pay up to £1,100 a day, according to Robert Walters.

“If the right person is not available internally, and hiring managers reluctant to increase permanent headcount, a contractor is often the best solution,” says Milne. “In the context of projects costing many millions of pounds to implement, spending a little more to get the right person more than pays for itself.” Particularly if the alternative is to bring in a consultant, he adds.

Banks are still willing to pay their IT staff more, but it’s largely at the senior end. CTOs have seen £20k pay rises over the past year, according to Robert Walters, but salaries are on the up lower down the food chain too. Programme managers across the investment banking business working on a contract role can earn up to £200 more this year than last. The top rate is now £1,200, up from £1,000 a day at this point last year.

“There is a shortage of technology professionals who have both the technical and the commercial skills to bridge the gap between business and technology,” says Milne.  “Rates like this are paid because these people actually ensure businesses save money by delivering multiple projects, on time and in budget.”

Data security is a huge issue for the banking sector, which has been subject to hacks and leaks over the past few years. They've been hiring, but talent remains scarce, hence the focus on recruiting interim CISOs, according to Martin Rennison, head of investment banking IT at recruiters the JM Group. It's possible to earn up to £2,000 a day in these roles, he says.

Barclays has rolled out another 10% rate cut for all contractors in the UK and U.S. 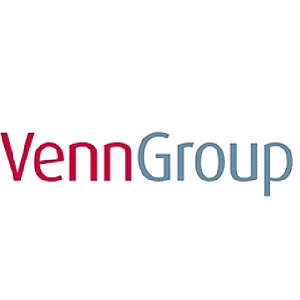