In the world of quantitative hedge funds, which tend to attract technologists rather than pure financial types, there’s often a decidedly more relaxed feel. Cambridge-based Cantab Capital Partners says it aims to stay small, keep a familial atmosphere, indulge in geeky purchases for its employees as well as designating some staff unofficial ‘pastry officers’ for weekly cake-baking competitions.

Another example is GSA Capital, which has around $2bn in assets under management, and has a small team based out of trendy offices overlooking Green Park in London. It boasts of a flat management structure where everyone has a say (not uncommon in hedge funds, it has to be said), allows employees to come to work in casual clothing and, it says, provides free fruit to ensure its staff reach their five-a-day.

GSA wants technologists, researchers and network engineers, rather than portfolio managers and traders. It has a solid reputation and has gone against the grain of the hedge fund world, not least by seeding a fund that charges no performance fee during the summer of 2013.

It’s just released its accounts for the period to March 2013 on Companies House. Performance wasn’t as good as the previous year, with its 20 partners splitting profits of £71.4m, compared to £101.5m in 2012. The highest paid partner received £39.5m of this, rather than the £61m they were paid for the previous year. This means the other partners received an average of £1.7m last year.

It’s also worth, for a moment, reflecting on one of GSA’s employees, who surely has among the most elaborate names in the financial sector – Sorabain Wolfheart de Lioncourt.

He is not, as his handle suggests, a knight of the roundtable or a character in Game of Thrones, but a partner and head of trading technology at GSA. He’s worked there since 2005, having started out in games development, followed by a short stint at CQS in 2003.

You can find his personal webpage here, featuring some academic links, poems, some drunken pictures from university and, bizarrely, links to websites where it’s possible to purchase a plane. “So, what should I say about myself? Perhaps nothing. For a start written language is so linear, one-dimensional and everyone I know has a complex multi-dimensional character so trying to describe yourself on paper is as difficult as trying to map out a sphere by walking in a straight line across its surface?,” he writes.

Sorabain Wolfheart de Lioncourt is, he insists, his real name, but the FSA Register says he was previously known as plain old Paul Smith.

Nonetheless, De Lioncourt’s longevity at GSA is not unusual; the vast majority of employees at the firm have been there for at least five years, most having previously worked in tech roles at large investment banks. Two employees elevated to partners in January, Chris Marshall and Will Muldrew, have also been with the firm for some time, suggesting that it’s boasts of being a “great place to work” are not without foundation. 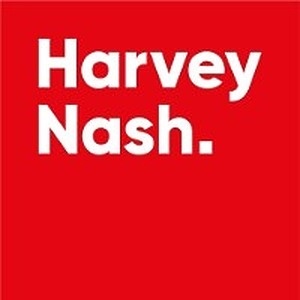