JPMorgan: firing in the back office, hiring in prime brokerage

JP Morgan's move to eventually eliminate 3,000 roles as it cuts its number of trading systems is an indicator of the harsh reality of how investment banks are cutting costs out of back office functions.

In its annual investor day yesterday, Jes Stanley, head of JP Morgan's investment bank, pointed to its Strategic Re-engineering Programme - a project that has been underway since 2009 and aims to spend $500m on consolidating its disparate trading systems. This will eventually save the bank $300m a year.

This is not good news for those working in back office functions. Already, the bank has stripped out 1,300 roles from its 3,000-strong team employed to manually input these trades and it's aiming to bring this down to zero by 2014.

Unfortunately, JP Morgan is not alone in stripping out costs in back office functions.

"The vast majority of investment banks are cutting costs, through a combination of investment in technology and nearshoring operations functions," says Mike Hartwell, managing director of operations headhunters Hartwell Buck. "Operations as a function has gravitated away from the City, vanilla functions are offshored and even more complex product areas are paying less in locations away from London."

The movement away from London

Barclays Capital, for instance, moved around 600 operational roles from London to Glasgow last year and Morgan Stanley also has an operations function in the city. RBS has an office in Newcastle-Under-Lyme, while Deutsche Bank carries out these functions in Birmingham. JP Morgan has a sizable operation in Bournemouth.

However, there's something of problem defining exactly what these roles being eliminated at JP Morgan are. Sales and trade assistant roles have trade booking as an element of the role, but it's more complex than that, and operations recruiters suggest that automation in vanilla products has largely negated the need for this in trade support roles.

"It's part of a wider 'trade support' or 'trader assistant' role - we do place these people and I think that generally we'd be able to find them jobs elsewhere as the calibre of people coming out of JPMorgan tends to be very good," says a spokesperson for recruiters Joslin Rowe.

"A lot of the sales and traders assistants are bright guys, so redeployment to a trade support role should be a feasible move," adds Hartwell.

Mid-level trade support roles in equity and fixed income pay 43-58k in the City, according to the Robert Walters salary survey. In Scotland, experienced hires can expect 25-50k, according to local recruitment sources.

Looking ahead to 2011, JPMorgan has stated its intention to grow its prime brokerage function in EMEA and Asia, and aims to hire "experienced talent" to support this. 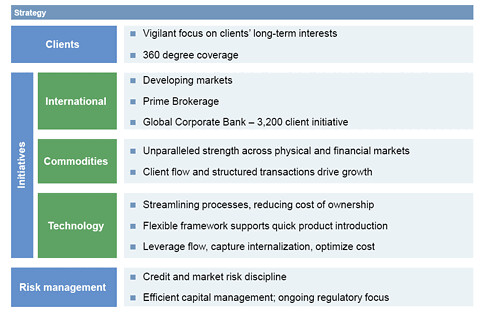