Is Morgan Stanley about to cut 10% of non-revenue generating staff in London to compensate for weak revenues in sales and trading? This is what a comment on this site alleged over Christmas. It may well be completely spurious - officially, Morgan Stanley is saying nothing on the subject; unofficially, insiders at the bank say it sounds unlikely.

Independent of the veracity of this particular claim, however, 2011 could well see a squeeze in the middle and back office.

The clearest indication of consolidation to come is at Deutsche Bank, which has outlined a 'complexity reduction programme' involving €800m of savings this year and €1bn of savings in 2012. The largest chunk of this is to come from the corporate and investment bank, following the implementation of an 'efficiency model', offshoring, outsourcing, process adjustment and the 'reengineering of trade processes in the middle and back office.' 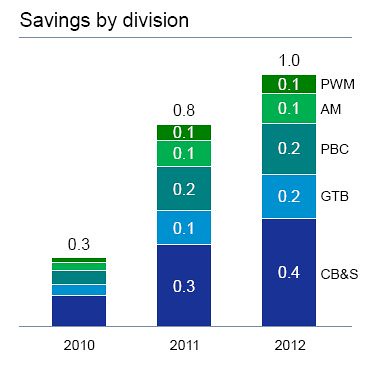 Squeezing non-revenue generating areas is nothing new. This time two years ago, Morgan Stanley was making 2,000 redundancies in the back office.

One leading European banking analyst says the difference today is that regulation and the need to keep up with new trading technologies are obliging banks to spend heavily on some areas of the middle and back office. At the same time, the impetus to save money elsewhere is increasing.

"It's really the trade processing functions where people are going to be looking to save money," he says. "A lot of banks are trying to combine existing systems to achieve synergies. Deutsche is doing this and HSBC is undertaking something similar."

In the meantime, recruiters say there's still a lot of hiring in risk, finance projects, and project management in general. "The market outlook is positive. We're already getting new roles coming in this year," says Elan Diamond, manager of middle office hiring at WH Marks Sattin.