The End of Big Hiring at Barclays Capital

It was bound to happen one day, and now it has: Barclays Capital has turned off the hiring spigot. After recruiting 2,000 people last year and increasing headcount by nearly 10,000, or 76 percent, since 2006, the bank doesn't intend to hire people in nearly such high volumes in future.

"As we continue to build out Asia, prime services and emerging markets, there may be a small increase in headcount, but certainly not the kind of thing you've seen in the past from BarCap," said investment bank CEO Bob Diamond in today's presentation accompanying the release of the bank's fourth quarter results.

While adding those 2,000 people last year, mostly across all areas of the equities and advisory businesses, BarCap said it also made "efficiency savings," meaning that its overall headcount remained surprisingly stable.

Helpfully, and as shown below, the bank also broke out the evolution of BarCap revenues by division (showing that all that equities investment has paid off). 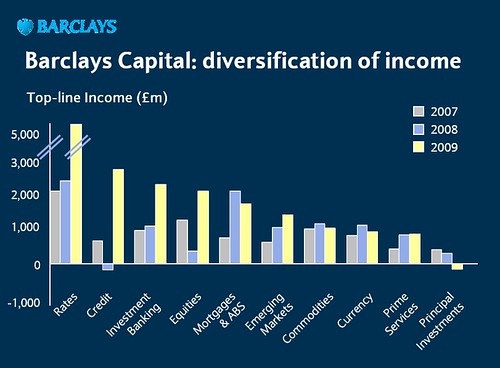 Instead of investment bankers, the hiring focus at Barclays in future appears to be wealth managers. If we heard correctly, the organization has got something called "The Gamma Plan," involving a 350 million ($550 million at Tuesday's exchange rate) investment in people and technology for Barclays Wealth over the next five years. "Four of the top five players in global wealth are in some form of decline," enthused Diamond. "It's a very good environment for this [expansion]." 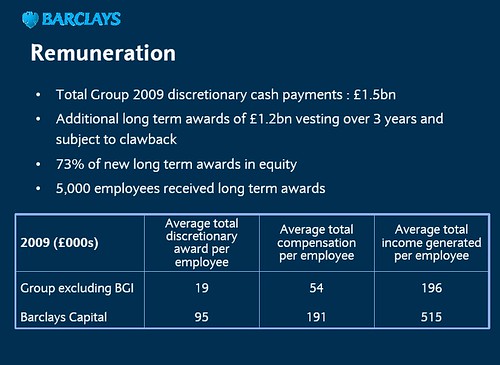