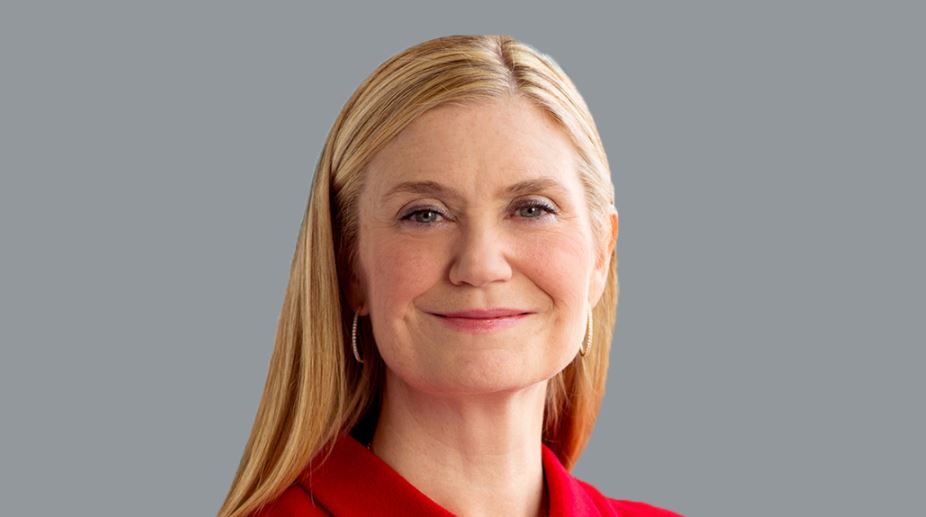 Yesterday's shakeup at JPMorgan suggests that when CEO Jamie Dimon decides to retire, his roles could go to one of two women: Jennifer Piepzak, the recently ex-JPMorgan CFO, or Marianne Lake, the CFO before Piepzak. Both are aged 51, both were yesterday named as co-heads of the huge consumer and community bank. Dimon's mantle surely either belongs to one of them, if not to head of the investment bank Daniel Pinto, or maybe even Mary Callahan Erdoes, head of Asset & Wealth Management.

Both are Piepzak and Lake are clearly super capable women, but when it comes to unconventional life choices and a curious route to the top, Lake looks like the more interesting choice.

Despite occupying major roles at JPMorgan for nearly a decade and working at the bank for two, Lake has tended to stay in the shadows behind the more ebullient Jamie Dimon. Once in a while, however, she's given some interesting interviews. Before Lake gets her next promotion, this is what you need to know.

She's down to earth and she speaks quickly

Lake didn't study at an elite university. She's the child of working class British parents and studied Physics at Britain's Reading University. Lake apparently talks very fast, but only because she thinks very fast. She has an amazing memory for numbers and apparently competes with Dimon to see who can best remember numbers down to the greatest number of decimal points.

In teetotal America, Lake isn't afraid to allude to the British predilection for liquor. "Last year, I was number three on the list and being number 3 is a pretty good spot – you’ve placed, you get a medal, and you get to sit down and drink through the speeches,” she said when she was named one of the most powerful women in American banking in 2015.

She's a single mother with three children born through a surrogate

Lake decided to have children aged 42, without a partner, and she used a surrogate. We understand that another senior woman in European banking has also used a surrogate, but is reluctant to go public with it. Lake, however, is happy to broadcast the fact. Reuters reported that she tells her story to inspire other women at JPMorgan. One junior described her as "fearless."

She has no qualms about being a single parent

In an interview with Marie Claire, Lake said: "I never worried about raising a kid on my own. I'm 42, not 20 with my eyes closed. The circumstances aren't traditional, but I didn't hesitate to do it."

The finance industry has made mistakes, said Lake in speech at the American Banker awards : "We've acknowledged them, we've apologized for them and we've certainly paid for them."

She's a genuine supporter of other women

"Cheers to all the exceptional ladies out there," said Lake. "You ladies totally rock."

Much like Jane Fraser, the CEO of Citi (who has an aristocratic Scottish background), Lake says senior female bankers can have childrena and a career, but not necessarily simultaneously. "You can have it all, but you can't have it all at the same time," said Lake at her award ceremony. She added that you need a great team, that you can't beat yourself up when you have to make difficult choices about work and family and that mothers should, "Always remember that your good enough is actually exceptional."

Most of all, Lake said working women shouldn't beat themselves up about not being there for their children: "I really do believe that me working is important to my children – not just because it allows me to support them, but as someone who is intellectually curious, works very hard, and who loves what she does and is a better mother because of it. And I do love what I do."

She really wanted to be a movie star

"I was recently asked if I dreamed of being a CFO when I was little," said Lake. "My reaction was to say God no, I wanted to be a movie star and I still do. I still do. This may be my breakthrough moment, you never know."