It's CFA results week, as some February exams are cancelled 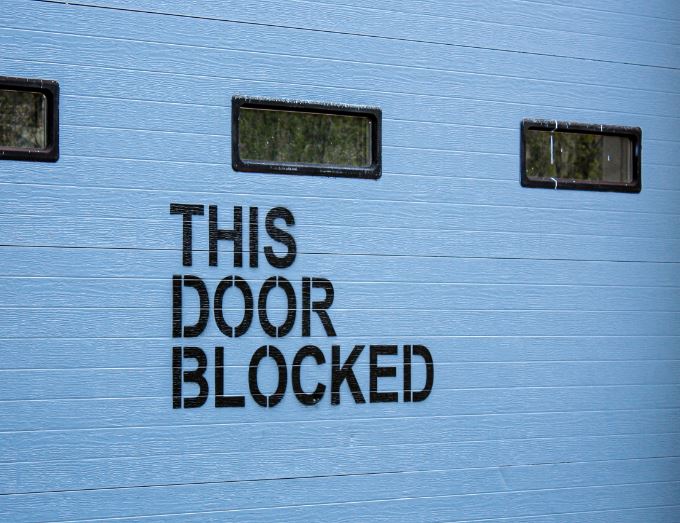 Remember last December's CFA® exams? If you sat them, you probably do: this is the week you might expect to receive your results.

The approaching results announcements are creating trepidation among candidates. The CFA exams are notoriously difficult to pass: in December 2019 the pass rate for CFA Level I fell to a seven-year low of just 42%.

December's exam sittings followed the cancellation of the CFA's June 2020 exams because of COVID 19. June's delayed exam sitters were offered retakes in December, but as the December exams approached many exam centers were closed again as the pandemic continued to necessitate social distancing and lockdowns. "I've put off having damn kids because of this program," complained one candidate, following the initial cancellations.

CFA Institute announced changes to the structure of its exams in February 2020. This year, all exams are being administered electronically four times a year (instead of the usual two) and with 180 questions instead of 240.  Candidates will, for example, theoretically be able to take the Level I exams in February, May, August, or November with a seven-day window for sittings in each case. The flow chart below, released by CFA Institute last year, shows candidates' hypothetical temporal progress to the nirvana that is the CFA Charter. 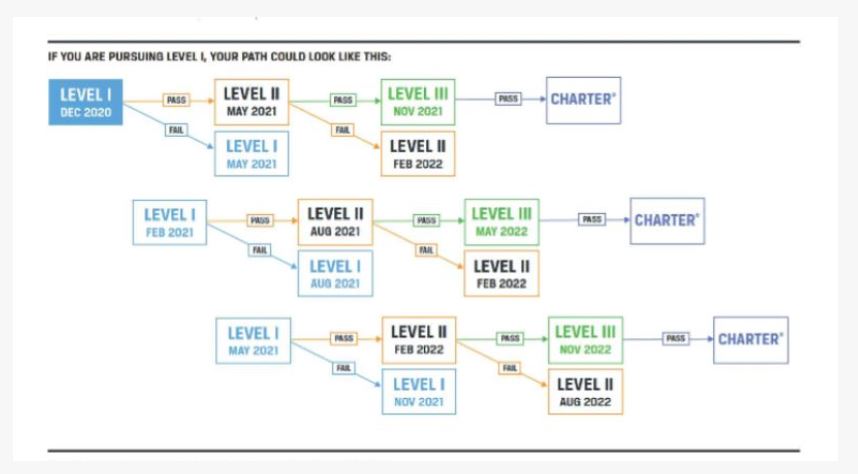 Even though CFA exams are now being administered electronically, however, candidates still need to attend actual exam locations. - Unlike some rivals, CFA Institute has not moved its exams wholly online. This is already creating issues in 2021 as new strains of the virus necessitate ever-tighter lockdowns outside of Asia and as some exam centers are again closed. CFA Institute isn't commenting on which exam centers are currently closed, but many candidates whose exams were cancelled in June and again in December, are now facing cancellation again.

"Our enhanced refund policy means that any candidate who has been impacted twice in scheduling may seek a refund," said a spokesperson for the Institute.

CFA Institute does not endorse, promote or warrant the accuracy or quality of eFinancialCareers. CFA® and Chartered Financial Analyst® are registered trademarks owned by CFA Institute.

Photo by Morgane Perraud on Unsplash