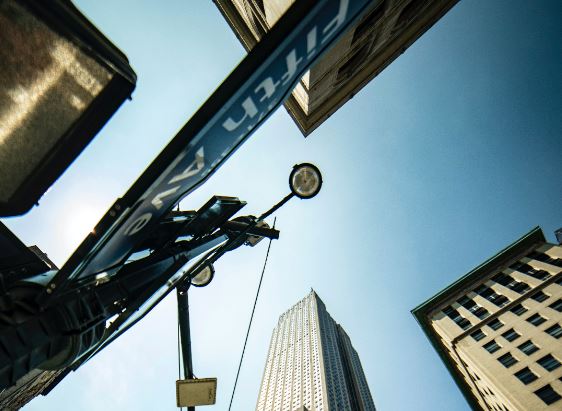 While there are suggestions that 2021 might begin with chaos in America, boutique M&A firm Perella Weinberg seems pretty sanguine about the year to come. - PW has been preparing for an IPO since 2018 and has reportedly decided to hit the red button early next year, when it allegedly plans to list via a special purpose acquisition vehicle (SPAC) that could see it valued at up to $1bn.

Perella isn't officially commenting on the story, which was reported yesterday by Bloomberg, but senior people at the firm have reportedly been informed of the incoming deal and the talks are said to be "advanced."

Perella Weinberg's own site lists around 64 partners globally who have the potential to do very well from cashing-out via a SPAC. When Goldman Sachs went public in 1999 its 221 partners at the time received an average of $54m each, while chairman and chief executive Hank Paulson received $180m.

Perella Weinberg was founded in 2006 by Joe Perella, a former top banker at Morgan Stanley, and Peter Weinberg, the former CEO of Goldman Sachs' European business (whose grandfather, Sidney, started as Goldman's janitor and rose to become CEO).  An IPO would mark the culmination of years of work for Joe Perella, now aged 79, who began his career building the M&A business at First Boston with Bruce Wasserstein in the mid-1980s and has bee described by the Wall Street Journal as "tall and immaculately dressed" and "affable and reassuring." Wasserstein died aged 61 in 2009.

While Perella is likely to be the main beneficiary of the IPO, other partners can also expect to be handsomely compensated. Many have already been made wealthy from sharing in the profits generated by the partnership. - Perella Weinberg doesn't disclose company accounts globally, but accounts registered with Companies House in the U.K. show 12 partners shared £30m ($38m) last year and that the highest paid U.K. partner received £6.3m for 2019.

If the firm goes public, the partners will no longer share in the profits but will instead receive shares in the company. It's not clear whether new partners like Kevin Lockhart who joined in March, or partners in the new Munich office will get to participate equally in the windfall, but if Perella Weinberg is indeed worth $1bn, those shares could go a long way indeed.

Separately, with the pandemic and the farcical/deadly serious events unfolding in the wake of the U.S. election, it's easy to forget that 2021 will also bring Brexit and that much with Brexit still has to be resolved.  In its second story on the subject this week, the Financial Times reiterates that traders are getting "anxious" because the EU still hasn't granted the UK the 'equivalence' with its rules that will allow trading to continue smoothly from January. This is despite the UK granting the EU unilateral equivalence last week, and is also despite the UK reportedly answering 2,500 pages of EU questionnaires on matters relating to equivalence earlier in the year.  The EU is said to want more guidance on how the UK intends to diverge from its rules in the future.

If the EU doesn't grant equivalence by January, the UK would need to negotiate agreements with individual EU financial services regulators, which is likely to be difficult in the timeframe. Failing that, the FT says London branches of EU banks may need to avoid the mess by rerouting derivatives trades through New York to avoid disputes over London vs. EU rules. Early 2021 could be 'interesting' to say the least.

Natixis is cutting 50 jobs in London. 30 jobs in equity derivatives and fixed income trading are moving to Paris, as the bank groups related operations in France. (Bloomberg)

Obscure hedge funds like Polar Asset Management and Davidson Kempner have been making big money from this year's SPAC boom and are known as the 'SPAC mafia'. (Forbes)

Prince Andrew, eighth in line to the British throne, spent many years acting as an unofficial door opener for David Rowland and his private bank, Banque Havilland SA, in Luxembourg. (Bloomberg)

Citi, Deutsche Bank, Goldman Sachs, HSBC and JPMorgan have all been hiring ESG bankers. Keith Tuffley at Citi co-heads a unit dedicated to ESG advisory and plans to hire eight senior bankers in the next two years. (Financial News)

When the exciting team you're working with is disbanded. - In this case, Amazon has laid off most of its drone delivery team after admitting that drone deliveries "at scale" aren't likely in the imminent future after all. (Financial Times)

Photo by Joseph Ngabo on Unsplash