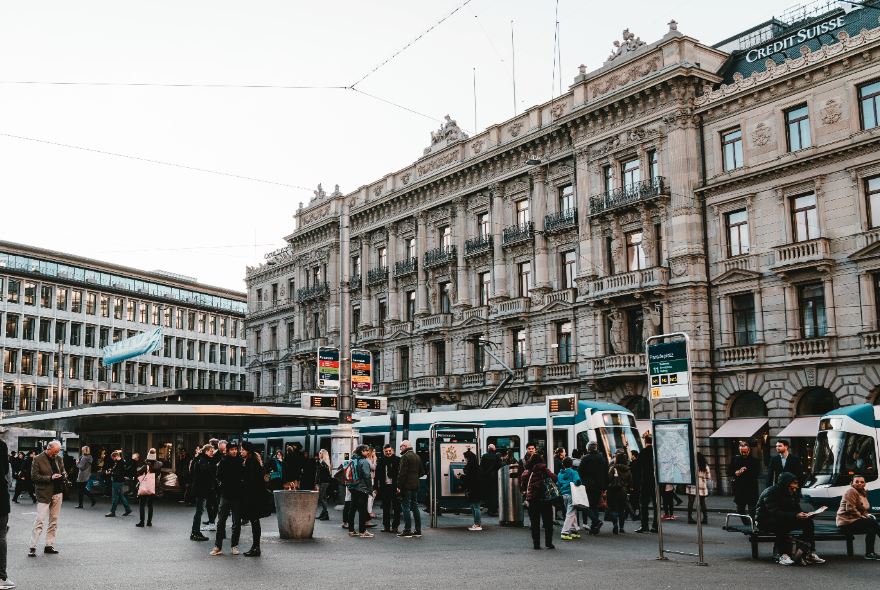 It’s rare for a new CEO to come in and not have a few strongly held ideas about how the bank should be organised, and according to the Inside Paradeplatz blog (via Finews), Credit Suisse’s Thomas Gottstein is no exception. According to the rumours, Gottstein’s plan is going to be announced at the end of this month with the Q2 results, and could reduce the current five divisions to three: Switzerland, International and Investment Banking.

That might be seen as a slightly strange way of slicing the cake. To an outsider, the strange thing about Credit Suisse’s current structure is that it mixes up geographical units with global ones, and the rumoured reorganisation would still have quite a few overlaps and dotted lines. But it would address one of the big legacies of the Thiam era – the Asia-Pacific fiefdom, combining a reasonably profitable investment bank with one of the highest-growth markets in wealth management. Taking the investment banking operations out of that division (as CS tries to take 100% ownership of its Chinese brokerage joint venture) and bringing the private bankers into the overall structure would send a pretty strong signal about priorities going forward. Conversely, creating an even stronger fortress Switzerland would also send a message about strategic and geopolitical priorities.

But the real interest here has to be in the possibility of combining markets with IBD. This is not exactly a revolutionary move – in operational terms, capital markets people work with sales and trading every single day, and even the most specialised of M&A advisory bankers don’t really think of themselves as working in a different operation from the markets people. Having the two halves on an investment bank as separate divisions or combining them together is a matter of investor relations as much as anything; in quarters where you have the occasional trading loss, it’s good to be able to point to a thriving advisory business, and vice versa.

On the other hand, though, however hard one tries to reduce overlap and share out central costs, two divisions means two divisional COOs, two divisional CFOs and so on. Inside Paradeplatz claims that “each area had its own staff, its own marketing, its own human resources, its own strategists”, and while that’s probably an exaggeration, there could quite possibly be considerable overlap. IBD and markets can’t share everything, and Credit Suisse has cut a lot of fat out already, but if Thomas Gottstein is looking for more cost cuts – and particularly if he has management consultants speaking to him – there could be quite a few draft org charts being drawn up with quite a few names left over after every box on the chart has a name in it.

Elsewhere, nearly everyone on the sell side has at least one story about a management roadshow from hell. Taking CEOs and CFOs on the road to see investors is a job that can go wrong in so very many ways – people oversleep, drink too much, get into arguments with clients or spend hours talking about irrelevant hobbies and interests. Spare a thought, though, for whichever poor soul was given the job of taking former (and currently missing) Wirecard CFO Jan Marsalek on a tour of London. According to the Financial Times, Marsalek “presented himself as an international man of action”, and in doing so started producing top secret intelligence documents including the chemical formula for the novichok toxin used in the Sergei Skripal poisoning.

How does the conversation proceed from there? It’s hard not to picture most fund managers trying to steer things back to the subject of gross margins and working capital turn; the question of “what does the world’s most toxic chemical weapon have to do with running an online payments business?” immediately comes to mind, and none of the potential answers are all that encouraging. As far as we can tell, the idea was that Marsalek was polishing his credentials in terms of his apparently genuine intelligence connections, to “reassure” (in the broadest possible sense of that word) the markets that Wirecard would do its utmost in terms of surveillance and intimidation of short sellers. One can only imagine the conversation in the taxi afterwards, as the bankers tried to delicately suggest that this wasn’t a good idea.

UBS is launching a new Chinese research product – “China 360”, led by Natalie Cade, will be separate from the investment research arm and will provide thematic research to clients from the Evidence Lab. (Finews)

After a slow first quarter, Deutsche Bank credit traders have apparently come back, with as much as 40% qoq revenue growth for Q2, helping to offset coronavirus loan losses and slightly weaker macro trading. (Financial News)

The bulge bracket don’t always win! Congratulations to Bartosz Grejner, who has won the award for most accurate emerging market currency forecaster, despite being based at a small Polish bank in the town of Zielona Gora, famous for its wine festival. (Bloomberg)

The Amanda Staveley litigation has reached the week that Barclays’ press office must have been dreading – the reading out in court of phone transcripts of former employees talking about her with respect to the Qatar deal. So far, we have “tart” and “dolly bird” from Roger Jenkins and Richard Boath; the heart somewhat sinks with the knowledge that the comments of Stephen Jones, which were bad enough for him to have pre-emptively resigned from UK Finance, are still to come. (FT)

In more positive news for Barclays, they lead the league table for UK equity offerings for the year to date, for only the second time in the last twenty years. London has always been thought of as the “Wimbledon” of capital markets – perhaps recent senior hires like Ken Brown and Manuel Esteve are the equivalent of Andy Murray? (Bloomberg)

If you want to avoid the virus by getting lots of fresh air, and feel maybe a little bit like James Bond every day, Uber is launching a commute-by-boat service running up the Thames to Canary Wharf. Not clear whether the timetable will start early enough for bankers, but for the ride home it’s worth knowing the boats might not be covered by the no-alcohol policy on all other public transport. (Financial News)